England denies India a series victory with a record chase at Edgbaston. 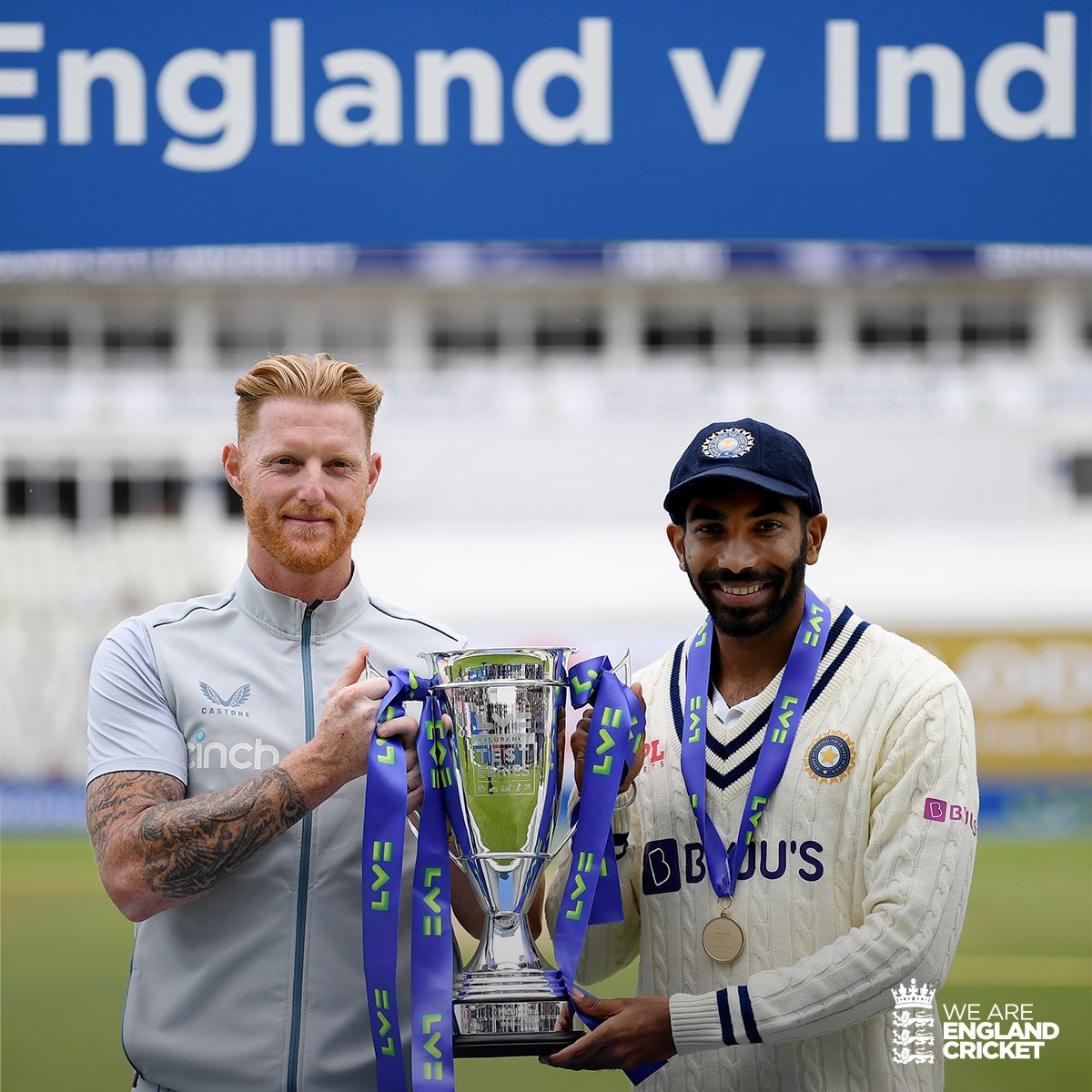 On Tuesday, England set a new record for successful Test chases in the fourth innings.

On Tuesday, England defeated India by seven wickets in the postponed fifth Test match at Edgbaston in Birmingham. Joe Root and Jonny Bairtsow's unbroken 269-run fourth-wicket partnership enabled the host's chase down a 378-run goal in the fourth innings. This is their most successful chase in a Test match's last innings. Bairstow hit 114 not out as Root stayed undefeated on 142. The hosts, who started their innings on Tuesday with a score of 259 for 3, cruised home as Root and Bairstow tore apart the Indian spinners to collect fast runs for England. England had set a goal of 378 runs to win the match the day before after India were bowled for 245 in their second innings. The victory in the delayed fifth Test brings England's five-match series against India to a 2-2 tie.

Dravid: 'We have started Test matches well but haven't been able to finish well'

In the aftermath of India's inability to defend a goal of 378 against England in the fifth Test, India's head coach, Rahul Dravid, referred to probable difficulties with fitness and maintained energy among the bowlers. With seven wickets in hand half an hour before noon on the last day, England chased down their highest fourth-innings total at Edgbaston. By the conclusion, England had scored 4.93 runs per over in the second innings. This was also the highest target India has ever failed to protect.

The result deprived India of its first series victory in England since 2007, and the Pataudi Trophy was subsequently split 2-2. This outcome followed two defeats in South Africa earlier this year when India failed to protect 240 and 212 runs in successive Tests after defending 305 runs in the first.

It's been a letdown for us "Dravid said. "We had a couple of options in South Africa as well as here. I simply believe it's something we should think about and probably work on.

"In terms of taking wickets and winning Test matches, we have been quite good in recent years. But, unfortunately, we haven't been able to do so in recent months. It might be a combination of factors: perhaps we just need to sustain that intensity, level of fitness, or level of performance throughout a Test match."

I don't want to make excuses," Dravid said. "I wasn't part of the team then. India was on a roll at that stage. England was probably in a slightly different situation then. But they have come here on the back of three consecutive wins against New Zealand. We have had a long gap in between Test cricket, but no excuses.

● Jasprit Bumrah took 23 wickets in the series as India's captain in the fifth and final Test. Not to mention his batting brilliance, which saw him smash 29 runs against Stuart Broad in one over and help India reach a record 35 runs in it.
● Ind versus Eng: Named Root Player of the Series for England

Joe Root made 737 runs at an average of 105.28 in five Test matches against India. In the meanwhile, he had four centuries.

● Bairstow vs. Ind:  Player of the Match honours

Jonny Bairstow, who struck a century in both England innings, is named Player of the Match.

● This 378-run chase is England's highest in a Test match.
● Highest in Tests by any side against India.
● The eighth highest in Test history by any squad.
Share This Post On