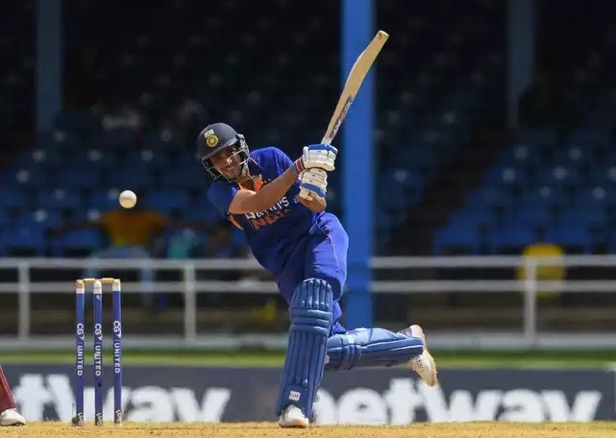 In Port of Spain, the rain is wreaking havoc on the city.

In India's innings, there were numerous delays due to a weather break that saw the match reduced to 40 overs per side.

This time, India's innings was completed even earlier, with a total of 225/3 from their allotted overs, after another rain delay at the end of the 36th over

Shubman Gill's career-best 98* and ShikharDhawan's (58) second half-century of the series were the highlights of the day.

When India's depth is put to the test, Gill stands out.

With two half centuries and 205 runs from three hits, Gill was deservedly named Player of the Game and Player of the Series for his heroics during the tour

In the West Indies' run chase on Wednesday, experienced pacer Mohammed Siraj chipped in with two wickets, while Chahal finished the job with four scalps of his own during an impressive spell.

With three straight series defeats (to Pakistan, Bangladesh, and now India), the Caribbean team's recent 50-over cricket form has been shockingly poor.

This series against India started out promisingly, but the third and final match was completely one-sided as the hosts couldn't keep up with their opponents.

Skipper Nicholas Pooran and right-hander Brandon King each tallied 42 in this match, but Phil Simmons' side had a disappointing series finale.