Ten Hag unhappy over loss of Felix and Weghorst Stalling 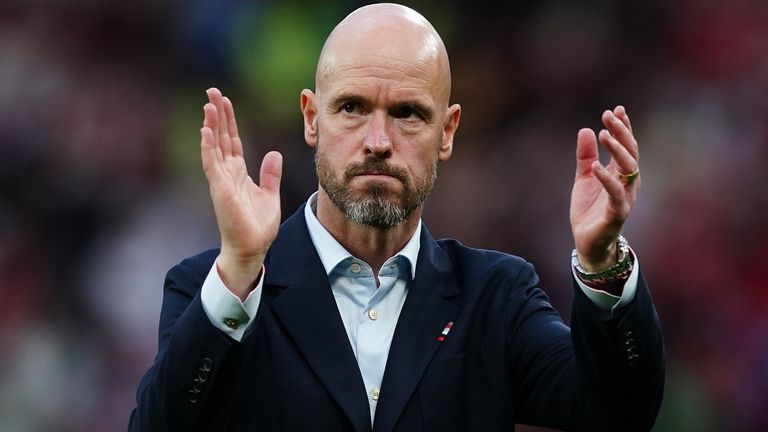 Manchester United are among England’s premier league clubs being targeted by Qatar. Liverpool and Tottenham Hotspurs are also being targeted.

UEFA rules prohibit two teams from being owned outright by the same group to enter into one of the European competitions, but there are currently no rules to prevent one team in a competition having a minority position in another in the same competition.

Ten Hag has made it clear that a new makeshift striker is needed to help secure a top-four finish. Such an achievement would boost their chances of signing their favored attacking option, with Victor Osimhen high on that list for the summer.

According to Fabrizio Romano, Chelsea are now in advanced talks to sign Joao Felix from Atletico Madrid on loan until June. The deal is at its final stages — no but option clause discussed. The fee will be more than ten million Euros with both salary and taxes covered. Talks have accelerated after the injury in the last game.

Manchester United Forward Anthony Santos was involved in a car crash on the motorway on New Year’s Eve. The former Ajax player did not sustain any injuries and will be back in training with the Manchester United team soon.

According to Fabrizio Romano, Erik Ten Hag’s relationship with Wout Weghorst, the player’s qualities, and how they differ to what Manchester United already have are factors in their new pursuit of players.

According to Fabrizio Romano, Manchester United are closing in on the signing of Wout Weghorst. The details are being worked on with Burnley and Besiktas. United has an agreement with the player and he is pushing to join Manchester United.

If Wout Weghorst isn’t allowed to leave Besiktas, he will pay the contract termination fee out of his own pocket.

According to James Ducker, Besiktas are adamant that they will not be pressured into terminating Wout Weghorst’s loan, so he can join Manchester United after rejecting an opening offer from United.

Besiktas have rejected Manchester United's first offer to Wout Weghorst and insist that they will not be pressured into terminating the striker's loan contract so he can move to Old Trafford.

It is understood that Besiktas are holding out for thirty-five percent of any loan fee that Manchester United is willing to pay Burnley for the forward.

Manchester United remain hopeful that an agreement for Wout Weghorst will be reached that satisfies all parties. Manchester United are aware their team may be the most attractive option for Harry Kane if he decides to leave Tottenham Hotspurs at the end of this season, as his contract runs out in 2024.