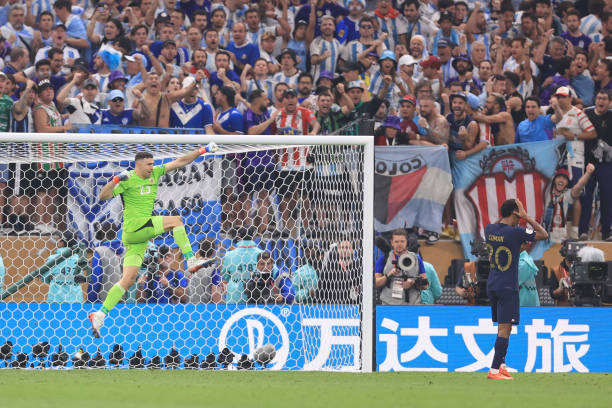 This award is going to the game which provided us with the most entertainment. This game doesn’t have to involve the best teams or be the highest-scoring; just has to be full of drama and marvelous moments.

I could easily have gone for one of Japan’s brilliant victories against Germany or Spain. The comeback kings showed first-class character and resilience to blow away 2 former World Cup champions, with their pace and skill.

Saudi Arabia’s huge upset of the eventual champions will go down as one of the greatest, or perhaps the greatest ever shock in a World Cup Finals competition. Argentina was unbeaten in 36 games spanning 3 years before facing Saudi Arabia- one of the lowest ranked nations at the tournament, at 51st place. Al Dawsari scored with a perfect strike into the top right corner; sealing an unthinkable victory for the ‘Green Falcons’.

A tense and aggressive quarter-final between Netherlands and Argentina was sent to extra time; substitute Weghorst scored twice late on to collapse Argentina. The champions eventually prevailed after a penalty shootout.

Serbia was involved in two exciting group-stage matches, drawing 3-3 with Cameroon in a game full of twists and turns, and losing 3-2 to Switzerland after taking a 2-1 lead.

However, it has to be the final- quite possibly the greatest-ever World Cup Final. Argentina was conclusively the better of the sides for 80 minutes; they were 2-0 up thanks to goals from Messi and Di Maria. It looked like a simple task for Argentina to see out the final 10 mins, Kylian Mbappe made it all but simple for ‘La albiceleste’, he refused to roll over and scored 2 goals in 2 minutes to send the game to extra time. Argentina re-took the lead after Lionel Messi was first to react to a rebounded shot, the referee’s watch confirmed the ball had crossed the line, despite Kounde’s best efforts to clear. There was one more twist in this whirlwind of a game, a handball in the box from Montiel yielded the game’s third penalty, which was calmly dispatched by Mbappe- under the most strenuous of circumstances. Mbappe becomes only the second player to score a hat trick in a World Cup Final. Argentinian nerve was stronger than that of the French in the penalty shootout; they scored all 4 of their penalties to only 2 of France’s. Montiel redeemed himself after being at fault for the 3rd French goal; he slotted the winning spot kick to the right of Lloris to win it all.  Argentina lifted the World Cup Trophy after the most breathtaking game, full of twists and turns- absolutely and undoubtedly the best game of the tournament.