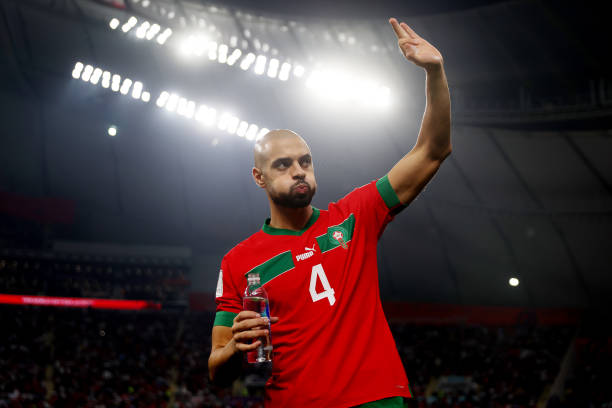 After every World Cup competition, a series of official awards are given out by FIFA; Golden Ball, for the best player; Golden Boot, for the top goal scorer; Golden Glove, for best goalkeeper; the list goes on. These awards are boring! They only look at the best few players from the top few teams and players from the same dominating nations win them regularly. The World Cup is about far more than just the best of the best, it’s also about the stories, moments, fans, villains, heroes, and far more. In this list of unofficial awards given out by myself, across a series of articles, I look to celebrate all of those who aren’t included in the official awards and capture some of that magic that makes the World Cup such a spectacle.

This award is for a player who wasn’t too known in football pop culture before the tournament, but they have written themselves in current footballing headlines with fantastic performances, and perhaps deserve a move to a bigger team in the January transfer window.

Enzo Fernandez had a tournament to remember; picking up a winner’s medal and the Young Player award. The 21-year-old was instrumental for Argentina and scored a brilliant goal versus Mexico.

Morocco astonished us all; they heroically became the first African nation to make the World Cup semi-finals. Many Moroccan players had excellent tournaments, one of them being young Azzedine Ounahi. The attacking midfielder showed an excellent defensive work rate and dazzled us with his dribbling abilities, Ounahi had 76.9% dribbling success, which was the most out of any player who attempted more than 10 dribbles in the entire tournament. Currently playing for an Angers team who sits at rock bottom of Ligue 1; he would be a tempting winter purchase.

It's so hard to choose between the top two players on my shortlist for this award. Josko Gvardiol shone in the center of the Croatian defense. The RB Leipzig player put up some incredible numbers, he had the most clearances with 37, 8 blocks, 30 tackles and interceptions, and 48 ball recoveries, he even managed a goal too! The 20-year-old showed abilities far beyond his years and was the standout player for Croatia as they finished 3rd in the tournament. He was key to Croatia outperforming their expected goals against, they finished with the best goals conceded minus expected goals conceded stat, with -4.

However, my pick for the breakout star of the FIFA 2020 World Cup is Sofyan Amrabat. Amrabat was everywhere for Morocco, a defensive midfield monster who recovered the ball a whopping 57 times- the most of any player at the tournament! The Fiorentina player was a brick wall who made 16 tackles- vitally, 15 of them in the defensive third- 6 interceptions, won possession 10 times, and made some critically important blocks. It was Morocco’s defensive effort that allowed them to progress so far into the tournament, they only conceded 4 goals in the entire competition and incredibly, just 1 on their way to the semi-finals- the least of all 4 of the teams who got to that stage! Amrabat seemingly came out of nowhere to marshal his team to 3 clean sheets (joint most in the tournament), his heroics will certainly not have gone unnoticed, and I would not be surprised if the 26-year-old finds his way to a bigger club in the new year.