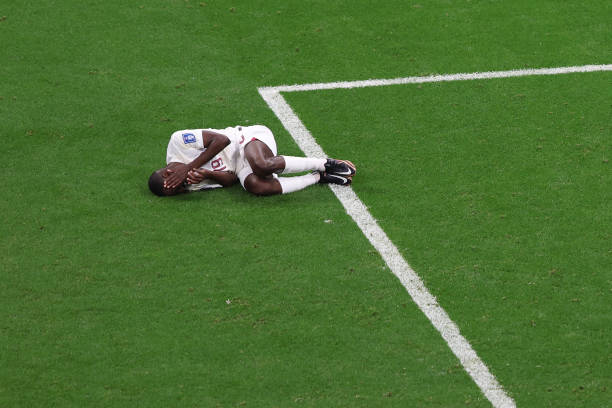 After every World Cup competition, a series of official awards are given out by FIFA; Golden Ball, for the best player; Golden Boot, for the top goal scorer; Golden Glove, for the best goalkeeper; the list goes on. These awards are boring! They only look at the best few players from the top few teams and players from the same dominating nations win them regularly. The World Cup is about far more than just the best of the best, it’s also about the stories, moments, fans, villains, heroes, and more. In this list of unofficial awards given out by myself, across a series of articles, I look to celebrate all of those who aren’t included in the official awards and capture some of that magic that makes the World Cup such a spectacle.

This award will be going to the team who performed worst in all of their games, making the games look so uncompetitive that it’s a surprise how they even qualified for the competition, supposedly made of the 32 best international football teams in the world.

Despite losing 7-0 to Spain, Costa Rica went on to earn a victory against Japan and score twice against Germany in a spirited performance.

Wales and Denmark both horrendously underachieved, the Euro 2016 and Euro 2020 semi-finalists respectively managed as many points as they did goals: 1.

Canada won a total of 0 points; making it two pointless World Cup finals appearances for ‘The Canucks’. However, this wasn’t for lack of trying, they were unlucky not to take points off Belgium -who finished 3rd at the previous finals- and scored their first World Cup goal against Croatia, and scored again against Morocco- both sides who made the semi-finals!

My pick for the worst team of the Qatar World Cup is the hosts themselves: Qatar. It’s not hard to understand that Qatar performed awfully, they were the first team to be booted out in the group stage after accumulating a whopping 0 points and scoring just 1 goal. Qatar was the first host nation to lose the opening game, the fastest to get knocked out, and second to fail to progress out of the group stages.

I was expecting more from the 2019 AFC Asian Cup champions, they managed to beat world cup regulars South Korea and Japan on their journey to lifting the trophy. I thought that maybe, if they weren’t already qualified automatically as hosts, they may have been successful in the qualification competition.

Star man Almoez Ali finished the 2019 AFC Asian Cup as the top scorer and best player. Ali carried none of this form into the 2022 World Cup; he scored 0 goals from 3 shots, with only 1 being on target.

Saad Al Sheeb won the award for the best goalkeeper at the 2019 Asian Cup, he must have forgotten how to be a goalkeeper in the 3 years since, the Qatari number 1 was all over the place against Ecuador, constantly spilling the ball and eventually conceding a penalty. Al Sheeb performed so horrendously that he was replaced for Qatar’s remaining fixtures by Barsham, who performed no better, and ended the tournament with the second-worst post-shot expected goals minus goals allowed stat with -2.1.

Qatar was second-best in every area of the pitch, and never looked threatening at all in their three group-stage fixtures. Could this be the worst World Cup performance ever?