The world's biggest hackers; What did they do? 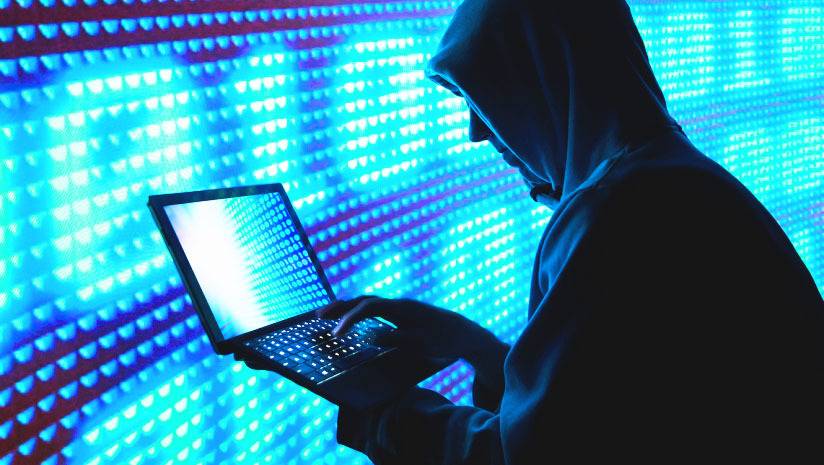 Last week, a famous group of hackers hacked into the system of several Russian websites and declared a virtual war against the European country. That's why several companies around the world spend millions on technology security services so they don't have problems with embezzlement or data theft through cyber intrusions, among other cybercrimes.

However, some of the world's biggest hackers have dribbled the system and given huge losses to some corporations.

Some of these cases resulted in a theft of $37 billion through digital strategies. In addition, in other situations, experts believe that some of the world's biggest hackers carried out an attack and slowed the internet 10% slower.

It is worth remembering that this practice is a crime. That is, the conviction can cause a penalty of up to 5 years in prison in a scenario of invasion of official sites. However, this period may increase according to the severity of each case.

See below the name, origin and what they did to occupy the position of the world's greatest hacker.

Jonathan started as a hacker when he was a teenager. At the age of 15, he invaded commercial and government networks in the United States of America (USA). He then installed a system that could interrupt thousands of military computers and messages.

In addition, he also managed to hack NASA's network in 1999. In addition, it downloaded source code data from the agency's work, which at the time cost $1.7 million, on the International Space Station. Thus, information showed about the maintenance of astronauts' lives in space.

For safety, the satellite network was shut down for three weeks until repairs were made. As a result, it was a loss of $41,000. In 2007, Jonathan was suspected of other cyberattacks on department stores. He denied the crimes but committed suicide because he thought he would get another conviction.

Robert was responsible for creating one of the largest virtual viruses that resulted in the worldwide slowdown of 10% of the internet at the time. He is the son of the chief scientist of the National Center for Computational Security of the United States of America (USA).

In addition, it damaged 6,000 computers in 1988 because of this virus. Therefore, he was the first to receive a conviction under the U.S. Computer Abuse and Fraud Act. However, he did not serve his sentence.

Currently, in addition to being one of the world's biggest hackers, he is also famous as the master of virtual pest breeders. Today, Robert works as an effective professor at the Massachusetts Institute of Technology (MIT) at the Artificial Intelligence Laboratory.

The American was 20 years old when he attacked in 2001. As such, Adrian hacked into Yahoo!'s unprotected content and changed a Reuters story by including a part created by him about former Attorney General John Ashcroft. In addition, he always warned the victims and also the press about their crimes.

In 2002, he broke into another news site. This time, the target was The New York Times. Therefore, it was included in the list, made by the newspaper, of specialized sources to carry out searches on high-ranking public figures. However, in some cases, he did favors for some companies. Such as improving the security of some servers.

Adrian didn't have a house and moved often with just a backpack. That's why he got the name The Homeless Hacker. In 2010, when he was 29, experts discovered that the young man had Asperger's Syndrome. That is, it was not easy for Lamo to have social contact and always showed a focus on what he wanted.

Onel became quite famous as one of the world's biggest hackers by creating the virus, ILOVEYOU which disintegrated files of approximately 50 million users on the internet worldwide. He then stole personal data and caused more than $9 billion in damage in 2000.

The boy is from the Philippines and launched the virus after a college job did not receive approval. However, he was not arrested because there was no legislation involving enough digital crimes in the country. Besides, there was no evidence.

One of the biggest hackers in the world is from Norway. At the age of 15, the teenager circumvented the regional protection system inside commercial DVDs. So when he was discovered, his parents were given a lawsuit instead because he wasn't old enough to be responsible for you.

However, they were acquitted because the judge claimed that the object was more fragile than a book, for example, and with that, there should be a backup. Currently, Johansen still hacks anti-copy systems to break Blu-Ray's security systems. That is the discs that took the place of the DVDs.

The British duo hacked military networks in 1996. Some of the institutions that were targeted, for example, were Griffiss Air Force Base, the Defense Information System Agency, and the Korea Atomic Research Institute (KARI).

Mathew was famous by the codename Kuji and Richard were the Cowboy Datastream. Because of them, a third world war almost began. That's why they sent KARI research into U.S. military systems. Mathew said he did it because he wanted to prove the existence of UFOs.

Vladimir is from Russia and graduated from the St.Petersburg University of Technology. The hacker was the main responsible for a virtual attack on Citybank's computers.

That's why it resulted in a bank loss of $10 million. The deviation was made from the account of several customers. The Russian was located and arrested in 1995 by Interpol at Heathrow Airport.

Another 15-year-old teenager carried out cyber attacks. The boy famous for the codename Mafiaboy managed to control the computer network of several universities in February 2000. Thus, it changed several numerical research data of the time.

So in the same week, it took down Yahoo!, Dell, CNN, eBay, and Amazon after overloading corporate servers and prevented users from browsing the sites. On Michael's account, investors were extremely concerned and that's when the laws on virtual crime began to come to light.

Kevin joins the list of the world's greatest hackers with great fame. In 1979, he managed to illegally enter the Digital Equipment Corporation network. Thus, the company was one of the first in the area of computer development. So when he managed to hack in, he copied software, stole passwords, and viewed private emails.

Therefore, the U.S. Department of Justice has categorized him as the most wanted computer criminal in the history of the country. He was arrested a few years later. However, before being located, stole important secrets from Motorola and also Nokia.

Jeanson is one of the world's biggest hackers because he was based on knowledge about the operation of robots that can infect and command other systems. Thus, it hacked about 400,000 computers in 2005.

The reason for this was the willingness to install these robots in this equipment. James was located and imprisoned for 57 months. He was the first hacker to use botnet technology.

The 19-year-old British man stole 23,000 credit card numbers. And believe me, one of the victims was none other than Bill Gates, the creator of Microsoft. Therefore, with bank details managed to make two sites. So it would be ecrackers.com and "freecreditcards.com."

Through them, the boy published credit card information stolen from e-commerce pages and also from Bill Gates. In addition, he revealed the phone number of the tycoon's house. Raphael was discovered in 1999.

One of the world's biggest hackers, he formed a team of thugs who stole credit card numbers. So the group called itself ShadowCrew. In addition, it also created fake passports, health insurance cards, and birth certificates to resell.

ShadowCrew served for 2 years. In other words, he managed to steal over 170 million credit card numbers. Therefore, it considers itself one of the biggest frauds in history. Albert got 20 years in prison. It is expected to be released only in 2025.

Kevin became known as one of the world's biggest hackers in 1990. The boy prevented several telephone lines from KIIS-FM radio station in California, in the United States of America (USA). That's why it was to win a contest made by the network.

The award was a Porche for the 102nd person to make the call. So Kevin got the car. However, he got 51 months in prison. He is currently director of the Security Focus website and editor of Wired.

This hacker was the author of overloading and taking off several email servers in 1999. Therefore, it caused a loss of US$80 million in losses. David's sentence has decreased to 20 months. Besides, he had to pay a $5, 000 fine.

This only happened because Smith collaborated in working with the FBl. So the initial hours per week were 18 hours. However, the load increased to 40 hours per week. David was responsible for making connections between creators of new viruses. In this way, several hackers were arrested for harming software.

This hacker distinguishes himself from the others because his identification never went public. What is known is that when the suspect was arrested in 2008, the criminal was 58 years old. The man was from Greece and acted as a mathematician. Thus, it hacked Dassault Group systems for approximately five years.

Within that time frame, he managed to steal technology software programs for state-of-the-art weapons and private information. So you sold this data to 250 different people around the world. That's why it caused a loss of $360 million.

And finally, the Anonymous group. In 2008, he took Scientology church websites off the air and left all the images all black when they tried to fax something. Therefore, some people were in favor of the group and even held demonstrations in pro of the actions.

In addition, the group gave work to the FBI and other security officials because there was no leader and members did not reveal their identity. However, some of the members were discovered and arrested.

A famous group of hackers declares cyberwar against Russia

India's Rape laws : Do we have enough?