15 Indicted Over War Crimes in Bosnia 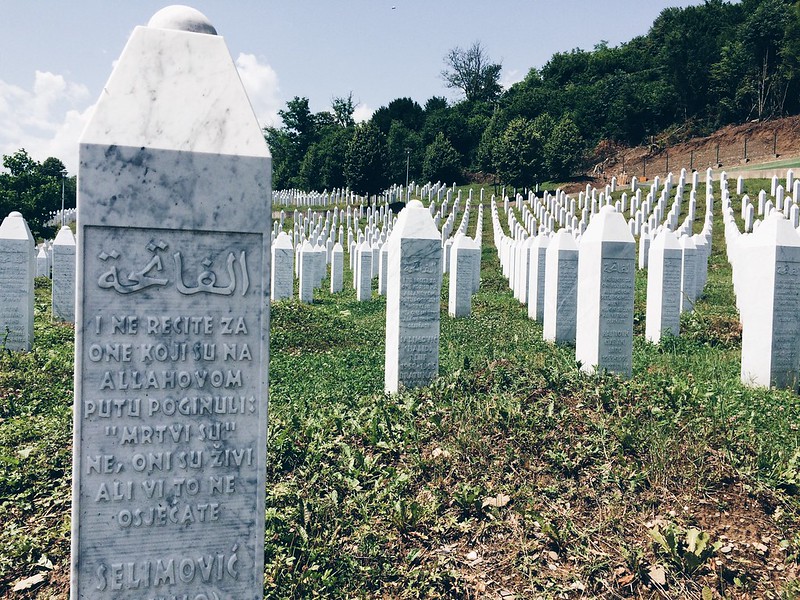 Over a dozen people have been indicted in Bosnia-Herzegovina for war crimes in Banja Luka Military-Investigative Prison.

The accusations include abuse, detention in inhumane conditions, and illegal imprisonment.

The Prosecutor-General’s Office reveals that offences were committed against dozens of civilians, victims and war veterans, as well as prisoners of Bosniak and Croat nationality. There were also women and elderly among the prisoners, and beatings have also caused death.

The Prosecutor-General’s Office also indicted a person for crimes against humanity, due to their participation in attacks on villages in the Vlasenica region where Bosniak civilians lived.

The office also indicted a Bosniak army security officer who was accused of playing a part in keeping “illegally imprisoned” ethnic Serbs behind bars, as well as participating in their torture.

An ethnic Croat was indicted for allegedly participating in the execution of two civilians in the Maglaj region. The victims were father and son.

The Dayton accords, which was signed by Bosniak, Croatian and Serbian authorities in Dayton, Ohio, created two highly autonomous entities: The Republika Srpska, which is dominated by Serbs, and the Bosniak-Croat Federation.

Administered along ethnic lines that the agreement established, the country has an often dysfunctional central government.

Bosnia-Herzegovina was part of Yugoslavia between 1945-1992, along with Croatia, (North) Macedonia, Montenegro, Serbia (including Kosovo) and Slovenia.

Yugoslavia was made up of different ethnicities who followed various religions, with the main three being Catholicism, Islam, and Orthodox Christianity.

After the death of Josip Tito, the different ethnic groups within Yugoslavia began advocating for independence.

Croatia and Slovenia declared independence in 1991. While Slovenia was able to withdraw from Yugoslavia without bloodshed, Croatia’s ethnic Serbian minority opposed the authority of the new Croatian state, wanting to remain within Yugoslavia.

The conflict was paused with a ceasefire in 1992 and had lead to thousands of deaths.

The country’s strategic position made it vulnerable to influence from Croatia and Serbia. According to the UN International Criminal Tribunal for the Former Yugoslavia (ICTY), the two countries had in fact met where they agreed to divide Bosnia, leaving a small enclave for the country’s native Muslims.

Over 60 percent of Bosnians voted for independence, but the referendum was boycotted by Bosnian Serbs.

In April 1992, Bosnian Serb troops sieged the capital Sarajevo. The siege had caused an estimated 5,000 civilian deaths when it was lifted in 1995.

Bosnian Croats also declared their own republic, and the conflict between three sides lead to civilians of different ethnicities becoming victims of atrocities.

More than 100,000 people are thought to have died in the Bosnian War, with over 2 million people being displaced.

Rape was also used as a weapon of ethnic cleansing against Bosnian Muslim women.

All conflicting sides had set up detention centers for civilians.

The worst atrocity of the Bosnian War occurred in July 1995, when Srebrenica, a safe area declared by the UN was seized by Bosnian Serb troops led by Ratko Mladić.

More than 8,000 Bosnian Muslim men and boys were executed in an act of genocide. Women and children were deported. More than 20,000 people were displaced by force and driven to territory held by Bosnia.

The International Criminal Tribunal for the Former Yugoslavia (ICTY) has sentenced figures such as Ratko Mladić and Radovan Karadžić.

2022, a Rollercoaster Year for European Tourism

Ukraine: will it join Europe?