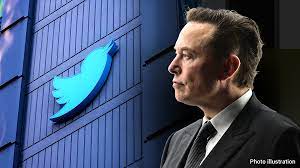 CEO and tech mogul Elon Musk has decided to terminate his $44 billion bid for Social Media giant Twitter over concerns surrounding spam accounts population and staff management. Musk’s team claims Twitter breached their agreement and can no longer trust their data. On the flip side, Twitter has stated that it will take legal actions against Musk to enforce a deal.

The CEO and tech mogul announced earlier this April his intention to purchase Twitter at $54 per share. However, the deal, a rollercoaster saga, may be coming to a decisive end. Musk stated in a document filed with the Securities and Exchange Commission that he is terminating the deal because Twitter has refused to provide accurate information on how many fake and spam accounts run on social media.

Musk’s attorney, Mike Ringler, expressed his displeasure in a letter to Twitter at their “failure or refusal” to provide the information required of them that is necessary to complete the transactions slated in the Merger Agreement “because it is needed to ensure Twitter’s satisfaction of the conditions” they agreed on. He claims Musk is terminating the agreement due to a “breach of multiple provisions” and Twitter submitting false and incomplete data and information on the population of spam accounts on the social platform.

On July 7, Twitter fired its Revenue Product Lead and the General Manager of Consumer, laying off a third of its talent acquisition team, which, according to the letter, is a breach of Twitter’s agreement to seek consent before any change in the conduct of business. It also reveals that three executives resigning since the merger shows Twitter’s inadequacy in maintaining its finance and staff.

Musk, who put the deal “temporarily on hold” in May, believes that spam accounts and bots make up a percentage of Twitter that could cause future problems to his free speech agenda. He demanded complete and accurate reports on the percentage to support Twitter’s claim that such accounts constitute less than 5% of its total users. This, according to Ringler, has been “ignored” and sometimes “rejected” for “unjustified reasons” by the company.

In April, Musk and Twitter agreed that any party withdrawing from the deal would pay a fine of $1 billion. However, if Musk goes forward with the termination, he would have to pay Twitter a billion in dollars as a break-up fee, which is estimated to be less than 5% of the agreed-upon amount.

But will the refined cover stocks lose? After Musk announced his decision to terminate the deal, Twitter’s shares went down 6%, hitting lower levels at a current -4.9%, trading at $35.04.

The Twitter board didn’t receive the news of the deal abandonment as they expressed they are still interested in closing the deal and plan to sue Musk to enforce the agreement.

In response to the letter received by the company’s Chief Legal Officer Friday, Twitter’s Board Chair, in an official Twitter post, stated that “The Twitter Board is committed to closing the transaction on the price and terms agreed upon with Mr. Musk and plans to pursue legal action to enforce the merger agreement.”