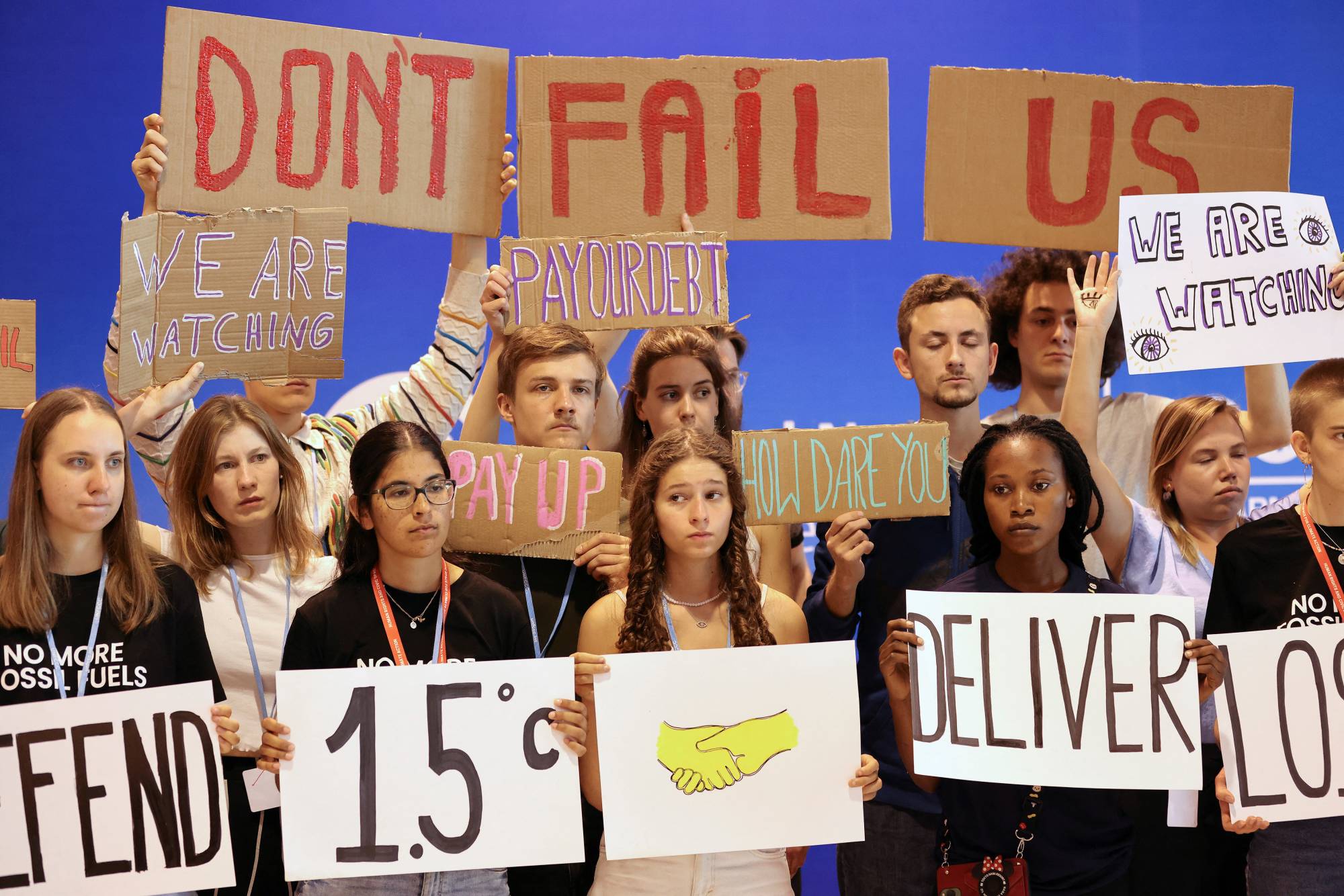 representatives convened in Sharm el-Sheikh, Egypt, for the United Nations Framework Convention on Climate Change’s (UNFCCC) 27th annual Conference of the Parties, known as COP27. Given that over 27 years the conference has been unable to meet the 1.5 degrees celsius threshold for our survival, many question its efficiency. However, to mitigate the dire consequences of climate change, global action must be implemented, and some did.

Last year at COP26, 193 countries agreed to strengthen their climate action plans, but going into COP27, only 24 countries have submitted their revisions to the UN. Meanwhile, climate devastation has raged on: floods in Pakistan and droughts in Africa. According to the Climate Action Tracker, if we continue as we are right now it would mean 2.7 degrees Celsius warming above pre-industrial levels. We need to be closer to 1.5 degrees to avoid disaster. That said, the pressure was on officials to tackle issues, such as meeting the temperature requirement, loss and damages, and climate adaptation efforts.

Fortunately, many are happy with the conference's reconciliation for “Loss and Damages”. “Loss and Damages” refer to inevitable climate devastation even if we achieved necessary climate action. Lower-socioeconomic countries are disproportionately affected by warming temperatures, despite their small contribution to greenhouse gas emissions. Therefore more developed countries with significant greenhouse emissions, like the United States and China, are expected to finance some of their reparations. Luckily, a considerable deal came through on November 20 to create a Loss and Damage Fund that 27 nations, including the European Union and the United States, who all previously opposed the plan, joined.

Another similar measure enacted by the conference, a “Global Shield,” a more specific fund that provides insurance and disaster protection after floods or droughts. Pakistan, Ghana, and Bangladesh will be some of the first recipients of this deal organized by the president of Germany. In cooperation with the V20 group of 58 climate-vulnerable economies, these funds will properly support vulnerable nations that are suffering or will suffer from climate-caused disasters.

Other triumphs include 150 countries’ signed pact to reduce methane emissions—50 more than last year. Brazil returned to the summit, ready to tackle climate action, and India pledged to achieve net zero emissions by 2070 with a plan to ensure its decarbonization commitment. Moreover, the US (President Biden) and China (President Xi) had their first in-person COP meeting since 2017. Even though China did not agree to limit methane emissions or fund developing nations, they did reopen negotiations with the United States, which had previously been tainted. This is huge since the countries are the world’s largest greenhouse gas emitters.

Despite the positive outcomes at the summit, many question whether it was enough to combat the climate crisis. Although countries reaffirmed their commitment to the Paris Agreement, the goal is to keep the warming of the atmosphere under 1.5 degrees Celsius. There were no mentions of limiting fossil fuel use in the last text, so it's still being determined how this goal would be achieved. This could be because the conference had 636 oil and gas representatives. Fridays for Future, a youth-run climate action organization, records that fossil fuel lobbyists have been the most prominent representatives at COPs in the past. On top of that, COP27 was sponsored by Coca-Cola, the largest plastic polluter for the last four years. These ironic attendees could counteract possible deals, which many agree makes the conference seem more like greenwashing. It seems environmentally responsible but is more about public perception than a resource for global change.

Furthering this narrative, each conference day was assigned a coordinating theme on which conversations or agreements were based. One of them is Youth & Future Generations Day, where youth are welcome to attend the event since they are often at the forefront of climate action. However, the inclusivity for youth may not be easy. First off, you need a badge to attend. Limited badges available from delegations means youth are often unable to get one; if they do, they are expensive, eliminating several younger voices that can’t afford travel or a badge. Additionally, the few younger members with a badge are often left out of the monumental negotiations and only given voices during side conversations or public discussions. This day adds to the conference's false promises since younger generations are not fairly represented.

Overall, the conference has started several projects to ensure the safety of vulnerable nations, but we still need further climate action commitments to avoid complete devastation. The UN has been the first to add to the Loss and Damage fund. On the other hand, the US has continued to push fossil fuel objectives through congress. So to ensure this year's initiatives don’t fall short like previous ones, we must urge leaders to prioritize and add money to the Loss and Damage Fund and put forth fossil fuel phase-out plans. This may look like contacting government representatives, voting, or signing petitions; any way constituents can advocate for climate reparations is vital in achieving our survival.