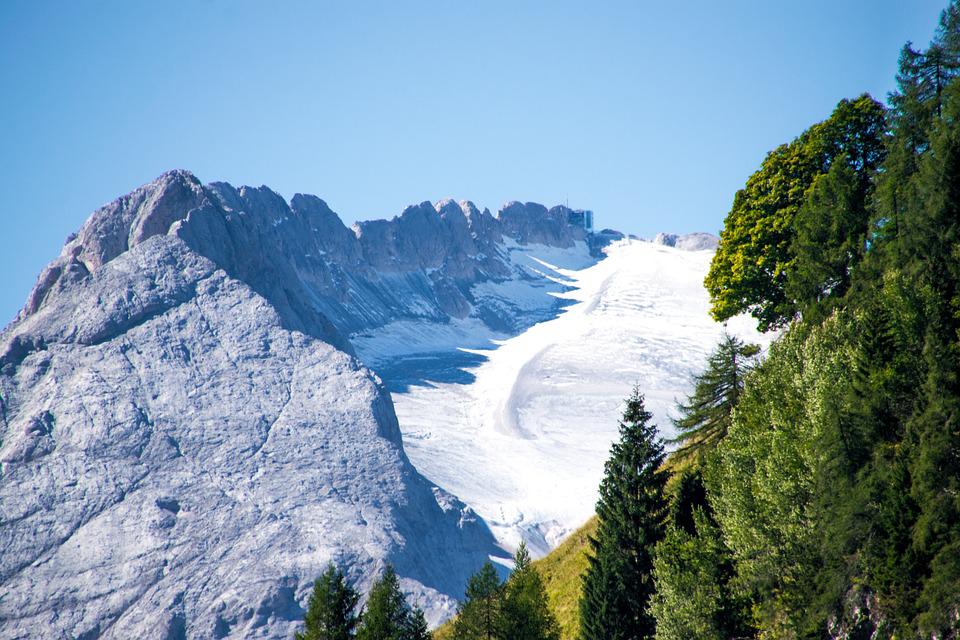 An avalanche occurred due to the collapse of the largest glacier in the Italian Alps on July 3, 2022. The glacier collapsed on the mountain of Marmolada, the highest in the Italian Dolomites, near Punta Rocca, the usual route to reach the summit.

The avalanche of snow, ice, and rocks hit a group of alpinists who were rope climbing on Marmolada, killing six, injuring eight, and 20 still missing. According to emergency services, the avalanche hit an access path when there were several roped parties, and some of them were swept away by it.

The injured were taken to hospitals in Belluno, and the ones in more serious condition were transferred to Treviso and Trento. Helicopters were sent to take part in the rescue operation and monitor the situation from the air. Rescuers from the Veneto region deployed their Alpine teams with sniffer dogs.

Experts warn that there might be further collapses of ice. They also state that these kinds of incidents are bound to repeat themselves since the temperatures at high altitudes in the Alps have been above normal levels for weeks.

Mountain experts said the Marmolada incident was the biggest of its kind in the Alps in decades. The disaster happened a day after the glacier's summit recorded a record-high temperature of 10 degrees.

The studies of Italy’s state-run research center, Consiglio Nazionale Delle Ricerche (CNR), point out that the glacier will cease to exist in the next 25-30 years because of the effects of global warming.

A March report by the United Nations Intergovernmental Panel on Climate Change (IPCC) states that melting ice and snow is one of the major threats caused by global warming that disrupts ecosystems and infrastructure. According to the IPCC, glaciers in Scandinavia, Central Europe, and the Caucasus are expected to lose between 60 to 80 percent of their volume by the end of the century.

According to The Guardian, glaciologist Prof Poul Christoffersen from the University of Cambridge said: “The Marmolada glacier collapse is a natural disaster linked directly to climate change. High elevation glaciers such as the Marmolada are often steep and rely on cold temperatures below zero degrees Celsius to keep them stable. But climate change means more and more meltwater, which releases heat that warms up the ice if the water re-freezes, or even worse: lifting up the glacier from the rock below and causing a sudden unstable collapse. Catastrophic glacier collapses such as this are becoming more frequent.”

In this case, the heatwave seems to be the trigger for the avalanche, but, actually the impact of climate change has been weakening the glacier to the point of collapse.