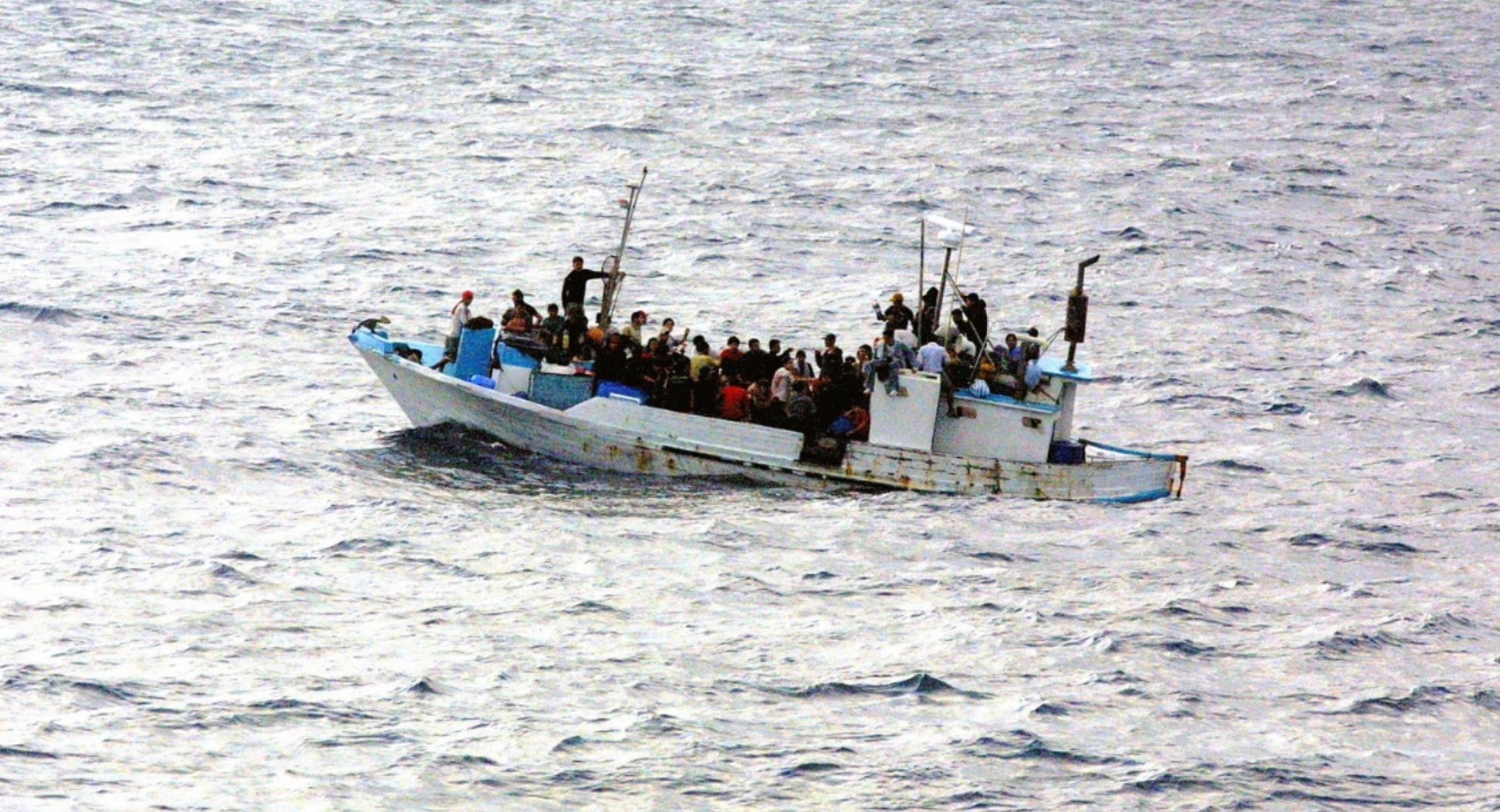 Any illusion that migration issues had been de-politicised and downgraded in the Italian political debate by the aftermath of the pandemic and the actions of Mario Draghi's strongly pro-European government was promptly disproved during these weeks of electoral campaigning. The topic of migration came back to the forefront as soon as the chambers were dissolved and the political parties embarked on this unusual summer electoral competition.

The end of de-politicised migration

The migration agenda has never completely disappeared from the radar of Italian political forces and the government. Basically, political forces have lowered the tone compared to the past, but maintained continuity in the restrictive management of migration, focusing mainly on the prevention of irregular arrivals across the Mediterranean, which will increase again from 2020.

This dynamic had also prompted the President of the Council, Mario Draghi, to express Italy's systemic difficulties by stating that: "Italy has been the most open country but you cannot be open without limits. At a certain point the welcoming country can no longer cope'. Although his government has maintained a framework of cooperation with countries along the migratory routes to control arrivals, Draghi has meanwhile also taken the first steps towards a more inclusive policy, for example by doubling the quota of legal migrant workers admitted to Italy in 2022.

In the face of this fairly consolidated situation, migration issues seemed to have been de-emphasised in the political debate, at least compared to a few years ago. The presence in a national unity government majority of political forces that usually use the migrant card for electoral consensus - such as the Lega, but also, at times, the Five Star Movement - probably acted as a calming factor for the debate on these issues, in addition to the health and economic emergencies faced in recent years. However, as soon as the election campaign opened, the issue returned to centre stage, due to the strong social and media offensive of political forces such as Fratelli d'Italia and Lega.

The increase in irregular arrivals in July, which some sources also attribute to manoeuvres in Libya by the Russian mercenary company Wagner to destabilise an Italy in the midst of a political crisis. This perspective portrays migrants solely as 'weapons' used by third states to exert pressure on European countries de-humanises the migratory experience - and the abuses suffered - and underestimates the complexity of the reasons that drive people to migrate or leave a transit country like Libya, which cannot be reduced solely to the action of a foreign actor. However, it should be noted that the theme of instrumentalisation now dominates the European migration agenda, especially in light of the increased strategic competition with Russia.

What are the prospects for Italy and migrants?

In the light of this picture, one therefore wonders about the evolution of Italian migration policies in the coming months. Especially in the case of a victory by the centre-right and a possible resurgence in the tone of the controversy with the European Union, accused of having left Italy alone in the face of constantly increasing migratory pressure. The new Italian government will first of all have to interact with the rotating presidency held by the Czech Republic, which on the subject of migration intends to continue in the wake of the gradual approach undertaken by the French presidency in the first six months of 2022, focusing on traditional themes such as repatriations and the prevention of irregular arrivals. In Italy, on the other hand, a clear continuity with the current restrictive approach is almost certain. Just as it is likely that attempts to hinder the activities of NGOs engaged in search and rescue operations in the Mediterranean and interventions to de-power the reception system will resume.

Fratelli d'Italia has then repeatedly proposed a naval blockade that, in the intentions of its promoters, should stop - through a military mission - irregular arrivals from African coasts. The implementation of such a measure, however, appears very intricate, not only because of the international legal framework, but also because in recent years the points of departure to Italy have diversified: migrants do not only leave from Libya (47% in 2021), but also from Tunisia (30%) and Turkey (19%). In general, it seems complex to tighten an already restrictive system, as shown by the confirmation of the collaboration with the Libyan Coast Guard, whose actions in violation of human rights have been repeatedly denounced by the United Nations.

The re-positioning of the Democratic Party

On this issue, a change of attitude in this election campaign seems to concern the Democratic Party. It should not be forgotten that it was a PD minister, Marco Minniti, who in 2017 inaugurated the current season of Italian migration policies, later confirmed by successive executives. And indeed, in recent years, the PD has always supported controversial measures such as supporting Libyan forces to manage 'rescue' operations in the Mediterranean. However, at the beginning of August, the party marked a first substantial difference from the past, by not voting on ballot paper 47 of the International Missions dl - however approved with the votes of the other parties - concerning precisely the operations in Libya and in particular the refinancing of the mission to support the Libyan Coast Guard.

The General Framework on Migration

The Italian political framework is therefore (re)positioning itself with respect to the migration issue, which will certainly remain among the priorities of the next government, regardless of its political colour. What seems to be missing, however, is an overall vision of migration as a structural phenomenon. Instead, it is very likely that in the months and years to come we will continue to focus on the significant but partial issue of how to reduce irregular migration across the Mediterranean Sea and not on how to integrate them into the "Bel Paese".