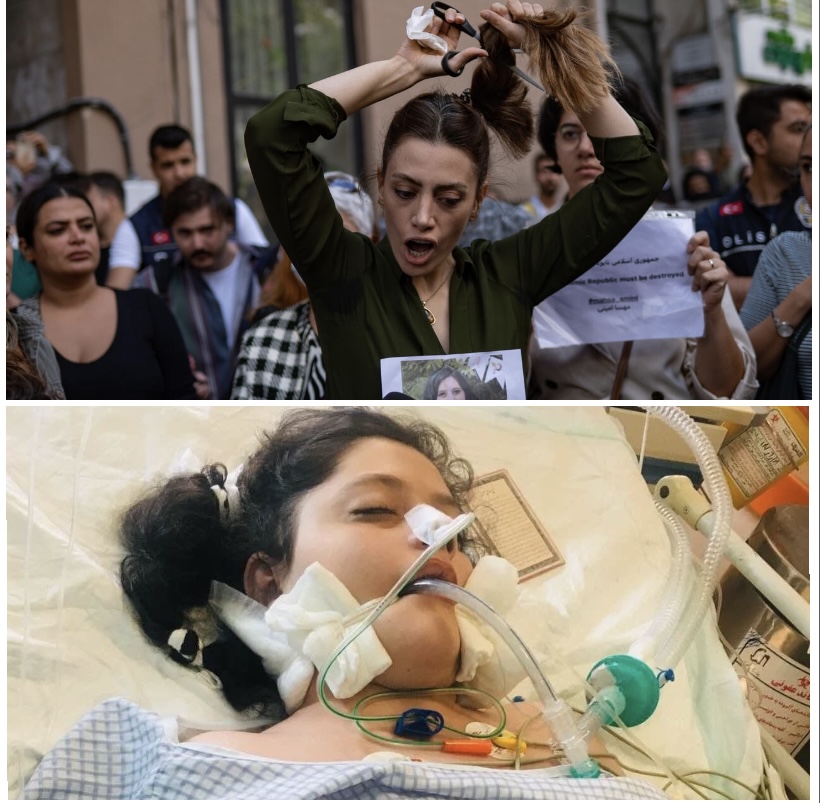 Since the end of the Islamic Revolution of Iran in February 1979, the hijab has become mandatory for women, and many conflicts between people and the regime have taken place over it. It was after the revolution that the morality police went in charge of warning and possibly arresting the women who wore their hijab “wrong” or inappropriately. However, up until today, these conflicts had never gone this far.

The 22-year-old Kurdish woman Mahsa Amini (also known as Zhina Amini) from the city of Saqez was beaten to death by the so-called “morality police” for not wearing her hijab correctly on her family visit to the capital city of Iran, Tehran. The young girl spent three days in a coma in the hospital before passing away.

The police accused her of violating the Islamic law of hijab, requiring women over nine years old to cover their hair, arms up to the wrist, and legs up to ankles with hijab and loose clothing completely.

It has been reported that Mahsa was beaten on the head with a baton by the officers and banged against one of the police cars to be forcefully sent to the detention centre of moral education, where she finally collapsed and passed out from severe bleeding.

The police officers and later the regime have publicly denied that they had treated her aggressively and announced that her death was on account of a sudden heart attack.

Iranian people could not let go of such a catastrophe, and their anger led to colossal street protests that are still ongoing all around the country. Iranian girls are taking off their scarves setting them on fire and cutting off their hair as a symbol action of expressing hatred towards the regime and its enforcement. This is probably the largest strike Iran has faced since the revolution.

The flow of Instagram stories and tweets has made Iran’s angry voice heard by public figures and Iranian and non-Iranian celebrities, who are now a part of the protest against the Islamic Republic of Iran.

The biggest internal war over feminism and rejecting patriarchy is happening in Iran these days, and the regime’s police is still killing people to shut it down. It has been reported that after Mahsa’s death, nine other innocent victims were shot dead by the security forces as a result of the protest.

The regime has also shut down the internet in the country so people would not be able to spread the news more than they already have, and conflicts would happen in silence. The president of Iran, Ebrahim Raisi, has rejected the idea that the regime has caused any murders at all and the death of Mahsa and other victims is hardly ever mentioned in the national news.

Politicians such as Joe Biden and US ambassadors have announced that they are in favour of the people of Iran and will support this “heroic” protest.

Along with the internet blackout, hacktivist attacks by the international group called Anonymous are starting, and they are now hacking the state websites to take the government down.

Iranian’s connection with the rest of the world is disrupted due to the absence of the internet, and they are hoping for their people outside the country and anyone who has a little power to be their voice.