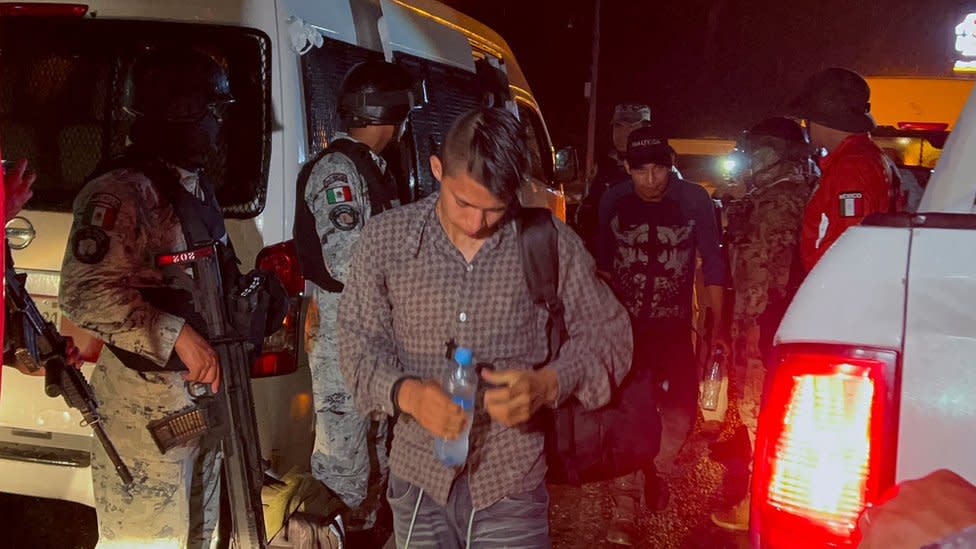 At least 94 migrants have escaped from a truck abandoned in Mexico, nearly a month after more than 50 people died in similar circumstances in the United States. According to Mexican authorities, on July 28, they bashed their way out of a suffocating freight trailer forsaken on a highway in the steamy Gulf coast state of Veracruz.

About 400 migrants were in the trailer transported near the small town of Acayucan per the information conveyed to Reuters by local authorities. Acayucan is a city in the Mexican state of Veracruz, located in the state's southeast, in the Olmeca region. The migrants escaped when the driver abandoned the trailer ahead of a checkpoint heading for the U.S. border. Reports suggest that the migrants were suffocating in the stuffy heat and were looking for a way out. They finally got help from employees of the gas station nearby when they broke the roof and created holes in the trailer.

Carlos Enrique Escalante, the head of the state migrant attention office, said migrants had to break holes in the freight container to get out, some apparently through the roof. Most of them were injured when they leaped off the top, but their injuries did not include broken bones and were not considered life-threatening. A dozen needed treatment for bruises and symptoms of asphyxiation at a hospital.

Jose Dominguez, director of civil protection in Oluta, cited suffocation as the primary reason for their escape. He acknowledged how the gas station and the employees alongside localities there assisted these migrants in escape.  94 of 400 people were found after searching the truck and nearby brush where some tried to hide. They turned them over to immigration authorities afterward.

Migrants were identified from these nationalities

As per Dominguez, 32 of those found were from Guatemala, while five Hondurans, four Ecuadorians, two Indians, one Salvadoran, and one Nepali were among those on the trailer. The rest are unknown because they "left" the scene. But on the contrary, numbers revealed by Guatemala's foreign ministry suggest the presence of minors among migrants. The government stated that 89 of the rescued migrants were Guatemalan, 55 adults, and the rest were minors. According to paramedic Kenya Diaz, some migrants among the group sought help, while others decided to run away, making identification difficult for the authorities.

One official on the condition of anonymity told Reuters that he believed the smuggler transporting the migrants was inexperienced. If he had previously smuggled migrants, he wouldn’t have abandoned the trailer before a toll booth where inspections take place. The discovery recalled the recent tragedy in San Antonio, Texas, on June 27, when more than 50 migrants died in a sweltering freight truck. The cause of death is heat exhaustion and dehydration, as they had no working air conditioning or water. In a statement, the White House called the immigrant deaths "absolutely horrific and heartbreaking."

The reality of migrants dying or disappearing en route to the U.S.

This rescue follows deadly incidents involving migrants in Mexico and the United States. People smugglers in Mexico often overcrowd trucks to transport migrants across the border. Around 6,430 migrants died or disappeared on their way to the U.S., according to the International Organization for Migration (IOM).  Per the United Nations, deaths are predicted to rise this year on the border compared to last year’s broken records. The severity will be  clear when the numbers are known.

A Look Into Europe’s Migrant Crisis