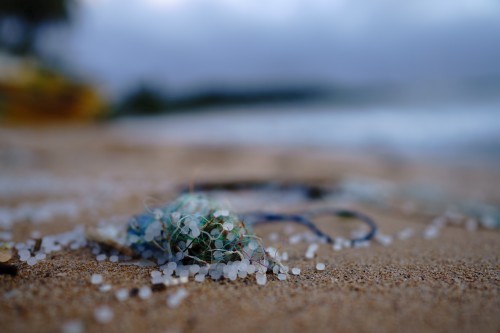 There are microplastics nearly everywhere, such as those in food, the ocean, drinking water, and even inside the human body, including the blood, lungs, and other organs, based on a slew of studies lately undertaken by experts and researchers. Recent research from New Zealand discovered that microplastic has been falling from the sky. This ubiquitous "mist of plastic" is tasteless and undetectable to the human eye, yet it may be more hazardous than one may think.

Microplastic has been characterised as microscopic fragments of less than five millimeters long plastic and microfibres from clothing that become entangled in the Earth's atmosphere. The greatest worries that microplastics are being transported around the planet, especially in isolated locations like Antarctica where they were discovered in the new snowfall earlier this year, have also been validated by prior investigations.

The city of Auckland in New Zealand received 74 metric tonnes of microplastics in 2020, according to a research earlier this week that was published in the journal Environmental Science & Technology. Across 750 microplastic particles on average were discovered to have fallen over the same area of land in London, as shown by research studies.

Furthermore, a study by WIRED stated that plastic rain is also being referred to as the "new acid rain," which has previously been a problem as a result of the rising emissions of chemicals like sulphur dioxide and nitrogen oxide. However, unlike acidification, it is practically hard to get rid of rained-down plastic since it never truly disappears and only disintegrates into tiny bits.

Moreover, in two places where microplastics were captured utilising a funnel and jar device, the Auckland research was carried out over the course of nine weeks. At least eight different types of airborne plastics were discovered by the University of Auckland team of researchers, with polyethylene (PE), which is used to make plastic bags and bottles, being the most prevalent.

While we have previously witnessed the impact that microplastics have on marine life, there is very little information available about how they may affect human health. Microplastics, however, have been found in certain laboratory studies to harm human cells by inducing an allergic response and, in some circumstances, even cell death.

In addition to that, Microplastic particles were discovered in the human placenta in 2020. The placenta is an organ that develops in the uterus during the pregnancy of unborn infants. Besides removing the waste problem, the placenta provides oxygen and nutrition to the developing child inside the womb. However, the scientific definition of placenta refers to the organ that nourishes the developing foetus in the uterus. Reduced foetal maturation constituted one of the effects of microplastics on newborns that researchers predicted. The previously discussed quantity of microplastics is proportionate to at least three million plastic bottles, to give a sense of scale.