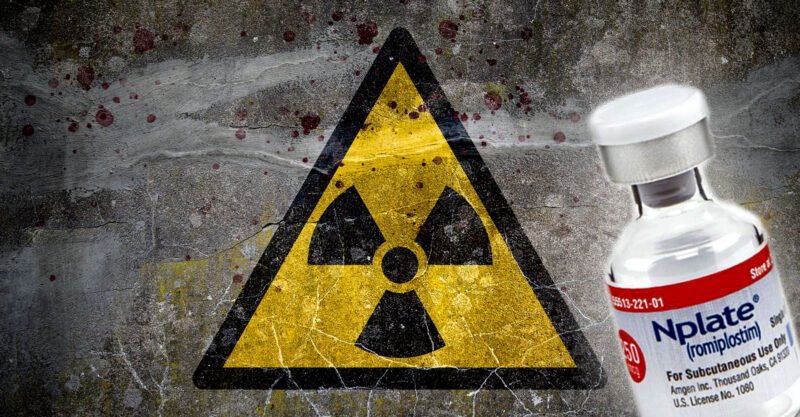 Due to the rising threat of nuclear Armageddon and the escalation of the Ukraine-Russian, affecting the entire world, nations are preparing to face the potential consequences of radiation fallout.

The US Department for Health and Human Services (HHS, a cabinet-level executive branch created to protect the health of US citizens) has spent $290 million on an anti-radiation drug from Amgen USA Inc., an American multinational biopharmaceutical company. This is part of a "long-standing program" using the funds of Project Bioshield Act. The Project's purpose is encouraging industries in medical/biomedical fields to produce and develop vitally needed medical countermeasures.

Despite the HHS stating it was part of the program, the massive purchase can easily be connected to the threat coming from Russia and its president Vladimir Putin. However, it is probably a deliberate purchase like the one made in 2013, when America bought a large quantity of Leukine, another drug which counters ARS (Acute Radiation Syndrome).

The acronym represents a clinical condition caused by ionizing radiation. Nuclear bombs generate power thanks to fission. This process develops enormous power, releasing fissile material isotopes. These are the long-term remnants of the blast, which then mix with debris to create the fallout.

These sand-sized molecules produce ionizing radiation capable of separating electrons from molecules and atoms. The consequent effects on the human body are cells damage, radiation burn and sickness, cancer, and even death. This acute illness is also known as ARS or radiation sickness.

Are these drugs effective?

The Nplate is a pharmaceutical product produced by Amgen USA Inc. and the FDA (US Food and Drug Administration), approved in 2021 for treating ARS. Initially, the Nplate was on the market as a therapy to treat immune thrombocytopenic purpura (ITP). ITP is an immune disorder that causes a decrease in red platelet numbers, leading to a higher risk of severe bleeding and heamorrhage. Thus, given the capacity of ionizing radiation produced by nuclear blasts to cause DNA and tissue mutation, it is possible to incur ITP.

Right after being in contact with radiation, the drug gives protection for 24h. The general guideline for a nuclear disaster advises staying at home, preferably in basements or the centrre of sturdy buildings to avoid the effects of radiation. It is then necessary to be inside for at least 48 hours to avert the aftermath of primary and secondary fallout.

It's notable that using this type of drug can be worthwhile to prevent these types of damages, but is not resolute because radiation can affect the rest of organs and body districts.

Nevertheless, according to Chris Meekins, former Deputy Assistant Secretary for Preparedness and Response at HHS, the quantity of drugs bought by the US "isn't that much of a product". As reported by NBC News, he would expect larger purchases in response to a nuclear threat to the US and his partners overseas. Conforming to this, he said, "the $290 million purchase of Nplate amounts to about 50,000 courses of the drug", an insufficient quantity compared to the need.

Is Poseidon, The Doomsday Weapon, Ready?