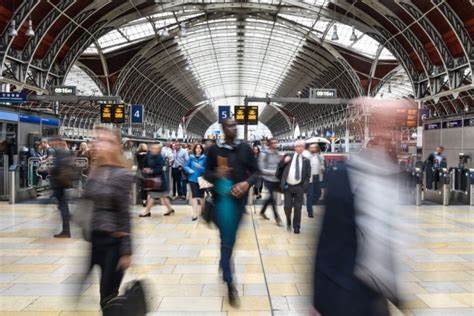 Since the 2000s, the UK’s average oil prices have increased more than threefold and have soared by 10% at the start of the Ukraine-Russian conflict in February this year all the while oil demand spikes in a post-pandemic rebound. On top of this, the past decade has followed a persistent chain of haphazard rail strikes amongst leading railway companies such as the Greater Anglia and Avanti West Coast because of ongoing pay and condition disputes experienced once again this year. In data, the 2022 rail strikes have resulted in an 80% service reduction according to a McKinsey study and the Society of Motor Manufacturers and Traders Limited stated that conflicts between supply and demand have dropped the year-on-year average car sales by 29%; rising fuel costs have motivated this decline further. Unaffordability and inaccessibility have created an environment of mobility struggle for the current millennial generation whose response to the dual-transport dilemma has been to adopt other, even ‘greener’, transport methods.

Rail travel is considered a ‘green’ alternative to cars due to its larger ‘per person’ transport capacity and greater utilization of renewable energy sources such as hydrogen and wind-powered electricity. On the other hand, the conventional oil-combusting car emits harmful gases such as nitrogen oxide and carbon dioxide (CO2). In the UK, car usage alone emits half of the total transport sector’s CO2 emissions whilst rail emits less than 3%. The growing awareness of the transport sector’s adverse environmental impacts has driven efforts to limit pollution by adopting ‘green’ strategies and transport such as London’s Santander bicycles, the emergence of so-called ‘low emission zones’, and the growing number of electric buses and scooters. Current times are pressing harshly on millennials who contend with burdening environmental anxieties, crushing inflationary pressures and surging gasoline costs, all superimposed with the national rail strikes forcing commuters to equip themselves with securer ways to commute.

The current circumstances have changed the UK population’s mobility behaviour, with another McKinsey study discovering that a renewed focus on cost-effectiveness, accessibility, and reliability has increased willingness to use alternative mobility services by four-fifths. Expenses, strikes, and mobility limitations imposed by public transport services have meant this year witnessed a heightened interest in human-powered transportation such as walking, biking, and scootering – something the BBC has called the UK’s ‘great bicycle boom’. This boom has rippled across multiple markets as shown by the sharp growth in sales of electric scooters over the past year, with projections anticipating that this transport will account for 8% of the total on-road two-wheelers by 2023 from a present 2.5% contribution. Whilst conventional cars still dominate 60% of travel, the upward trends in alternative transportation present evidence to suggest that the current millennial generation is catalysing a shift in the UK transport sector. Any remaining uncertainties for a smooth transition lay in what factors may stymie the sector’s dismantlement, particularly whether UK authorities sufficiently fund and support this response.

Optimism for a change in the nation’s transport sector appears rational within the context of current affairs and social, economic and environmental considerations. The cost-of-living crisis largely attributed to inflation alongside continued rail strike action is catalysing changes across the UK transport sector. The security and cost-effectiveness of human-powered transport such as cycling, walking and electric scooters are setting in motion a change in the diversity of the mobility environment, accompanying further benefits to personal health, community cohesion, and local environments. However, it remains uncertain whether this shift reflects a short-term response to the current state of living or an actual rupture in the transport sector for a longer, more permanent switch. Cessation and control of inflation, improved conditions for rail workers, and the cost of ‘green’ transport modes are but a few cases to demonstrate how only time will determine the future of the UK’s transport industry.