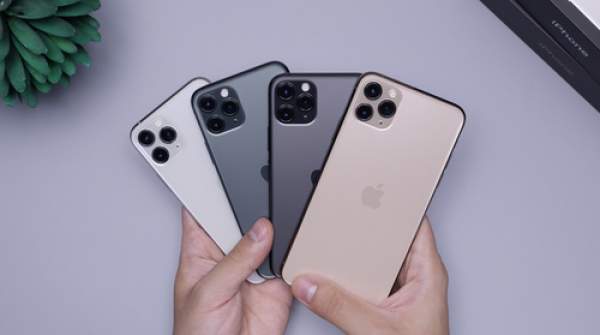 Apple Inc. gave out a product announcement that their new product, the iPhone 13, will be released soon. It also stated that everyone will be surprised since the iPhone 13 will be the most advanced iPhone to date. iPhone 13 would include a 120Hz LTPO display on both Pro variants, as well as increased battery life. While battery life has improved since the IphoneX, the Iphone13 has been summed up and will provide better results than other models, thanks to the efficient 5G modem. Apple also disclosed that they are concentrating on the camera and have introduced a new feature called Video Portrait Mode. The iPhone 13 will have a smaller notch than previous models. There have been reports that at least one version of the upcoming iPhone will feature a portless design. As a result, we may see a display adorning the iPhone. The supplier of iPhone13 chips, TSMC, has been damaged by gas contamination, although it does not appear that there will be any delays or that it has altered Apple's production plan.

According to a rumour, Apple has bought over 100 million A15 bionic chips for iPhone13. Apple may provide a quick 25-watt charging option, which would compete with Samsung's Galaxy S21 series.

When will the iPhone 13 be released, and how much will it cost?

The introduction of the iPhone12 was previously postponed owing to coronavirus concerns, but this time the release date is planned for September. According to Apple expert Ming-Chi Kuo, the iPhone 13 will be released on time, in September. According to Nikkei Asia, the supplier of A15 bionic processors for iPhone13, TSMC, was affected by gas contamination in July. According to the article, however, this does not appear to have influenced the release date of the iPhone13. Apple said 2020, that the iPhone 12 will not be released in September. However, when Apple revealed earnings for the June quarter in 2021, it didn't waste any time and announced the debut of the iPhone13. Apple has acknowledged that there are some supply challenges, but this has had no impact on the iPhone 13 release dates. If Apple sticks to its release timetable, iPhone13 will be available on the fourth Friday of September. The date for the fourth Friday in September is September 24, according to the calendar.

The iPhone12 Tiny has not sold as well as other iPhone12 models, and rumours claim that Apple is still planning to release the iPhone13 mini. Let's assume that four models will be released in September, all of which will be part of the iPhone13 family. Although a 5G iPhone SE is unlikely to be released before next year, the iPhone Flip could be released within the next two years. Since Apple transitioned from iPhone11 to iPhone12 last year, there have been early reports that the iPhone13 series will be given a specific moniker. Apple is expected to release the iPhone 13 series as iPhone 12s, according to speculations.

Nonetheless, we will not know the name of the device until it is released; however, according to a recent report, Apple will adhere to the moniker iPhone13. The Economic Daily News reports that the iPhone13 will be a carbon copy of the iPhone12 in terms of design and name, based on reports, sources, and supply chain inspections.

Design of the iPhone 13

Apple Insider has gotten their hands on a batch of iPhone13 dummy units, which reveal some of the biggest inbuilt changes, including a speaker that will be put on the top of the device, a new diagonal arrangement for the ordinary iPhone13, and a larger camera module for the iPhone13 Pro. The SIM card slot will be lowered down the device, and the power button will be slightly shifted down.

The iPhone 13 Pro Max may be significantly larger than its predecessor. There is also a range of information that has been released, including the fact that the iPhone13 will have a smaller notch than the iPhone12 series, and that the notch with processor series will be bulkier. This type of notch will be created on the new iPhone by combining the separated infrared flood illuminator, sensor, and dot projector, which is the same as the face ID unlocking technology on the iPhone12. Two additional sensors and a reduced notch on the top of the screen can be found on the iPhone 13.

According to a different rumour from Digitimes, the die size of the VCSEL chips used in the face ID unlocking mechanism has been reduced by 40 to 50 per cent, implying that the iPhone 13 would have a smaller notch. The earpiece speaker is no longer housed in the notch, but rather on the top bezel. The iPhone13 Pro Max dummy has given rise to speculation that the iPhone13 Pro Max will be slightly thicker than the iPhone12 Pro Max. A story went around that the iPhone 13 would have an under-display Touch ID because it has been required to wear a mask since last year, and some individuals remove their mask to unlock their iPhone, therefore touch ID might be placed under the display to avoid this.

Colours on the iPhone 13

According to the reports concerning iPhone13 colours, the iPhone13 Pro will be available in four hues: black, silver, rose gold, and sunset gold.

Specifications for the iPhone 13

The iPhone13's storage capacity ranges from 64GB to 512GB, yet a new analyst report claims that the iPhone13 can hold up to 1TB of data. This is the most storage that any iPhone has ever had.

According to rumours, the iPhone 13 Pro and iPhone 13 Pro Max will be available with six new ultra-wide lenses. The iPhone 12 Pro has a five-element ultra-wide angle lens. It's a general rule that the more elements in a lens, the greater the image quality. Ming-Chi Kuo, an Apple analyst, also claims that the iPhone 13 series would have ultra-wide autofocus, which will result in a sharper image. For instance, analyst Ross Young anticipated that Apple phones would have huge sensors. Larger sensors allow the sensors and camera to take in more light, improving the quality of low-light images.

Battery and Charging on the iPhone 13

The battery life test for the iPhone 12 models is not good. However, the iPhone 12 Pro Max's huge battery has wowed. Minh Chi Kuo said that the upcoming iPhones might offer higher battery capacity without increasing the design footprint using so-called soft battery technology. The iPhone 13 pro max's battery capacity has increased by 18%, from 3,687 Mah to 4,352 mAH. The iPhone 12 has a maximum charging power of 20 watts, but Apple is now offering 25 watts this year. The iPhone 13 may have reverse wireless charging, allowing the iPhone to charge Airpods and Apple Watch at the same time.

Updates to FaceTime allow you to watch films and share information with others, a new Focus mode for managing notifications, and enhancements to maps, messaging, wallet, weather, and other built-in apps are among the main Ios 15 features. IPhone13 may be able to unlock the feature that was previously hidden in iOS 1t. The iPhone 13's standout feature is its ability to comprehend and adapt predictive charging notifications. This system would learn your phone usage and charging habits in the same way as Optimized Charging does, but it would also notify you when it's time to charge your device when you're in a suitable location.