Financial vs. Kinetic Wars: Why Losing a Financial War Is a Big Defeat 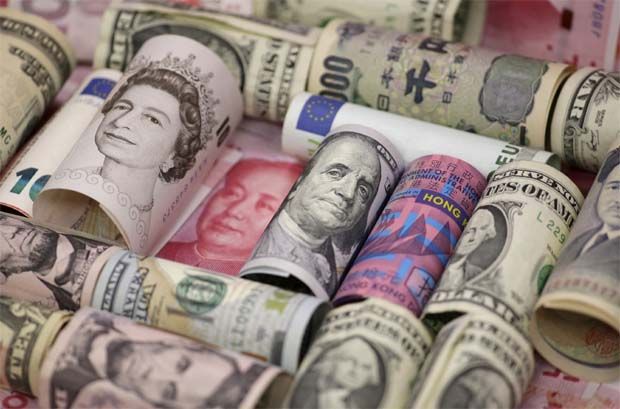 Financial and economic sanctions are the reality of today's global economy. Such sanctions are akin to a second front in the fight against any country in the world. This front is not in any way inferior to the kinetic—or military. The outcome of this battle might determine whether or not the kinetic war is won.

The new reality of the 21st century is when the so-called “not military” games are conducted. There, the specialists from different fields of the state’s safety bear hypothetical attacks and offensives. Financial war games are now seen as being more important than anything else. Here finances, funds, and the conversion of the national currency are at stake. Stock market experts and investment fund managers are the modern generals in the world of finance.

In many ways, the success of a military operation today depends on the world of finance. Even the long-term gains from succeeding in a martial adventure may be null in the end. If the financial fight has already been lost before the operation begins, this probability becomes more probable. The presence of iron, aluminum, and other materials no longer guarantees the possibility of producing weapons.

Fund markets have the power to stop the tank factories without even firing a single shot at them. Kinetic weapons recede into the background. Kinetic war is rather a means of protection— or the final chord—of a real-time war with victims, war crimes, and devastated cities.

In the 21st century, starting a war and imposing one’s will without having a state is an ordinary terrorist practice. Terrorists will not exist without a budget, even if they need financial support. Without it, a terrorist is just a crazy lone fundamentalist. Finance him, and he will have an organization that will be impossible to liquidate within an instant.

The financial front and economic sanctions against the Russian Federation will have impressive consequences. They, as predicted, will be asymmetric. Meaning they will cause massive damage with a fairly minimal impact. In the context of the dominance of global finance relations, economic sanctions are not the best way out. That is why the relationships work globally, they can immediately— and very seriously— respond to a critical situation. The expected asymmetric consequences of such sanctions will have a twisted character. The results will not precisely match the forecasts. Undoubtedly, they will significantly damage Putin’s government and affect the future aggressive international politics of the RF. However, population poverty and corruption in the highest echelons of authority can affect the results of sanctions.

Things get more complicated when a more complex system is under pressure, for instance, the development of dogs' conditioned reflex as in the famous experiments of Professor Pavlov. Here, a more complex system—the dog—was under the impact of several factors to get a specific result of secretion of gastric juice. There is feedback in systems with mediation. This occurs when one object in a system of interdependent objects is affected by an impact that is exerted but only becomes apparent through other system components. The researcher can judge that the pressure exerted on the system has resulted leaning the behavior of these elements by changes in their characteristics. Changing the state of these objects is feedback in such a system. For example, the influence of new ideas in politics brings new politicians to power. In this case, the element that felt pressure to get politicians to govern is the voters. That is the very effect expected from the sanctions against the Russian Federation. However, there are several pitfalls here.

The political and social environment, which should be affected by the negative consequences of sanctions in the Russian Federation, is too inert. Gigantic masses of people live below the poverty line. For them, nothing will change. On the contrary, some of them get pure moral satisfaction from sanctions. Sanctions are the problem of wealthy people. This is why social media in the Russian Federation sometimes shows unexpected results—the people are not afraid of sanctions. For them, nothing important is changing.

An incredibly high level of corruption will become a barrier to the immediate effects of sanctions. The Russian economy is classified by a high level of corruption. At the same time, it's reliant on vast international companies, funds, and firms. Resulting in fewer people becoming rich. At the same time, however, the external appearance of a working economy in the country is preserved. Corruption itself is a swamp that absorbs, at first, all the negative consequences of sanctions. Naturally, this influence is limited, but you need to be ready for it.

Propaganda As A Way To Hide The Ends In The Water

Russian state propaganda and information impact do not have the characteristics and features we are accustomed to. The 21st century has become an epoch of informational influence that does not rely on one of the fundamental human traits—an ability to accept the flow of events within the time frame. Russian propaganda pays too much attention to just that—time. Here all efforts are directed only to erase the time frame from this informational influence.

The only purpose of the Russian government media is to present a different, more palatable version of the world to the Russian people and their supporters. Russian green screens and other sources of information direct their efforts exclusively to persuade their users that the reality they broadcast is the reality of the world.

Facts and events from "real-time" have been replaced by propaganda. It replaces them with a fictional and ideologically “correct” interpretation of events. The news gets the gist, but the news loses its connection with the specific place and the fact of the action.

The main principle is the following, first comes the government statement and then the “news” that proves this statement. Lots of attention goes to the time itself, and they deliberately break cause-and-effect relationships.

An old idea we learned through analysis of the events that occurred within the classic totalitarian systems, such as the Third Reich or the Soviet Union, does not work anymore. We can characterize these propaganda machines' order by the party ideology and its execution lead to certain events highlighted in the media—from the point of view corresponding to the ideals.

The time erased is useless from modern Russian propaganda. Now things have different orders. Putin said something, and the media confirmed it—but nobody knows if it happened in real life. Russian propaganda remains mysterious and beyond understanding for many Ukraine and EU residents. We still struggle to understand how Russians may believe in those things, or how they believe in everything without verifying.

The ones who can “check” if the facts are real either work for the government or do not have a right to express their thoughts. The propagandists and their “experts” have exclusive access to the only source of information. For the rest, there is “no entry!” In the context of the Kremlin's total control of the media field and the ban on almost all Western social networks, gossip and conversations with acquaintances again became the only resources for alternative information.

With the introduction of the financial and economic part of the pressure on the Russian Federation, it would be natural to wait for feedback. That is, a moment when the pressure exerted would bring results—it is the simplest feedback case. For example, if sugar is continually poured into a glass of water, then sooner or later, the water will begin to spill out of the glass.

Russia is a country with a typical Asian way of thinking and an Asian vision of empire. Here personal gain and individual acquaintance with another person have a significant role over all the laws of the financial market in the 21st century. Perhaps, it explains in a way why some politicians and local senior officials have been in power for the last 20-30 years. For now, there are no visible factors to impact such a situation. The situation is doubtful that the unsuccessful military campaign in Ukraine is somehow able to shake the entire bureaucratic and financial pyramid of Russian authorities.

The Kremlin’s Myth Amid Absolute Greyness of Its Own Existence

Western sanctions and the "Russian world"