Kremlin and its ideology 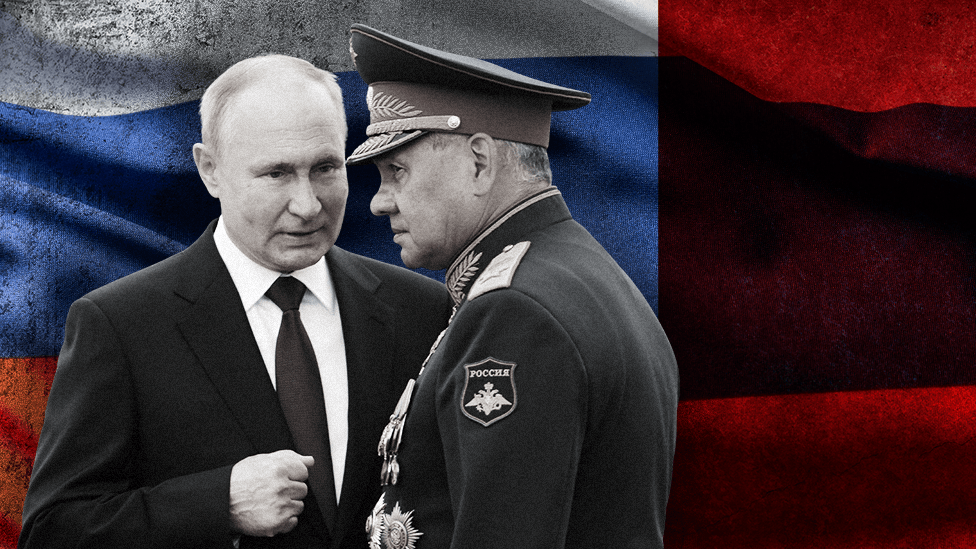 Ideology works right when people accept an absurd point of view presented as valid by the same ideology. It becomes the only possible picture of the world, and everyone around begins to perceive the world and act in it from the standpoint of this paradigm. Theses and narratives of ideology and propaganda may initially sound absurd by seeming irrelevant to the current state of affairs. However, the transformation of the world around us is challenging if you take the point of view of the absurd dominant ideology. Opponents are deprived physically and politically and put under moral pressure. In this way, the decrepit notion of propaganda finds living bearers. A more or less alive concept of social development becomes dead and can no longer describe the events of the surrounding world.

This approach follows the famous American physicist John Archibald Wheeler and can be called a wormhole. Here a line connects two points in space that are very far from each other as quickly as possible. However, this line is not physical or geometric but rather psychological. A person has an option of a quick and easy way of understanding the current state of affairs. The main point of this paradigm is that the complex world around us is oversimplified. The relationship between non-obvious things becomes clear even if it is not so in reality. A world that is changing rapidly and is becoming even more complicated due to the internal contradictions of ideology itself.

The proposed wormhole approach does not require the effort of the individual to understand the highly politicized social environment. Society is no longer of interest to individuals at all. Conditions exist where there is only a central political platform, and its clumsy critics are still allowed to criticize it. For people under the influence of propaganda, this is the only possible way to understand reality.

Ideology is everywhere, and it is ready for consumption. Although alternative reporting and comprehension of the facts involve more work and research on the part of an individual living in an authoritarian society, the statistical majority will not make that effort. Mainly, when the government's central policy aims to simplify perceptions, deliberately reducing the level of education of citizens and the existence of physical intimidation.

In this sense, each worm has its hole. Ideologically hybrid propaganda has opposite theses and absurd statements for every taste. Creating a form of ideological perversion of "liberalism," where the only objective is to legitimize and ensure the safety of the majority in power.

In classical totalitarian societies, the dominant ideology clearly and fundamentally places itself in opposition to its opponents. To achieve a great aim, the government even has the authority to lie. Whether it is Communism or Nazism, it does not matter as they do the same thing. In Russia, ideology itself costs nothing. Russian ideology is quite contradictory. The main principle is that only the power of a small group of oligarchs together—with a military led by one person—can rescue ordinary people from all that awaits them in the unpredictable future. The way it worked during the pandemic is a perfect example. The manipulative power must become unlimited. And in fact, the ideology and its propaganda purposefully invented all types of dangers.

The collapse of a failed political project, the USSR, led to a change of ideologies. Earlier Marxism had an anti-Western orientation and aimed at the Sovietization (i.e. Russification) of the state's population of workers and its allies in the early 1990s. However, traditionalism replaced it. The anti-Western and anti-Russification ideologies of Russian traditionalism are similar to those of the preceding Marxist ideology. The issue is not that traditionalism triumphed in Russia and liberalism lost. The topic is that Russian liberalism is a phrase that contains an ontological contradiction. This liberalism has never gone so far as to become the dominant ideology and, most importantly, the way of life and world perception. Russia never saw eating at McDonald's or reading liberal publications as a commitment to liberalism. During the crisis of the 1990s and 2007-2009, Western-style liberalism was a part of society. Where things were more progressive—given the Kremlin's foreign and domestic policies since 2008—as a means of healing. The situation did not develop as predicted. For Russians, the dark, traditional, and the more understandable principle of “the West is to blame for all our problems" won. Russians are free to choose what they exactly want to blame the West for, including resources, religion, Nazism, corruption, and more. Always bear in mind a few things when analyzing how Russia feels about the West and non-Western nations: how Russia treats the West, how the West sees Russia, and, most crucially, where the West and Russia meet in Russia.

For example, it could be the fore-going McDonald's, a currency exchange office, or an Apple smartphone. There are traces of the "collective West'' in all dimensions of life. You can start cappuccino with almond milk in the morning—coffee was not famous in the times of the USSR—to move around the city in a German-made taxi booked in the app on smartphones, and so on every day. Of course, this is a situation in cities and remote villages. Where Russians have also dreamed and continue to dream of smartphones, holidays in Turkey or Egypt, or a modern Japanese washing machine. Economic globalization has affected the cultural and political spheres of life. Kremlin did not allow them to take root here. Government propaganda agencies have used the products of Western civilization to increase limitations for the Russians inside the country and discredit Russia itself abroad. They include fake news, troll farms, intervention in US elections, the hybrid war in Ukraine, and more. For this reason, a thesis first arose a long time ago. Saying, “you see, we've been saying the West doesn't love us for a long time!"

Today, the Russian propaganda machine offers its recipe for every ideological disease. The propaganda claims that traditionalism's guiding principles can save Russia and make it "great," "strong," "Orthodox," "rich," etc. Ideology here gives several alternatives for future success, much as it did with the reasons for contemporary Russia's collapse. In this way, the Kremlin proposes the usage of the latest technologies from Western countries and the old proven—in terms of Russian traditionalism—methods. Almost impossible to become a modern state in terms of technology without becoming "Western" or even "liberal." Traditional societies that use the present-day digital achievements of the West in the struggle against the same collective West will not benefit. The technologies use more productively domestically, but it is almost impossible to achieve the desired effect from their use against Western democracies. The rationale is that these technologies developed with an eye toward Western markets, liberal financial practices, and democratic ideals.

Therefore, as we see in the example of gas and food blackmail by the Kremlin, which is happening today amid the Russian invasion of Ukraine, it is impossible. Only conventional approaches to foreign policy, such as kinetic combat, resource extortion, the creation of influence zones, or the threat of employing radioactive weapons, are effective in these nations. Even if countries like Russia use the latest advances to wage war—such as laser sights or night vision mechanisms—they are used exclusively for fighting in the traditional style. Resembles the well-known cyber experiment in which a monkey was given access to a typewriter and attempted to produce a Shakespeare play.

Slave Mentality and the Realities Of Life In Russia