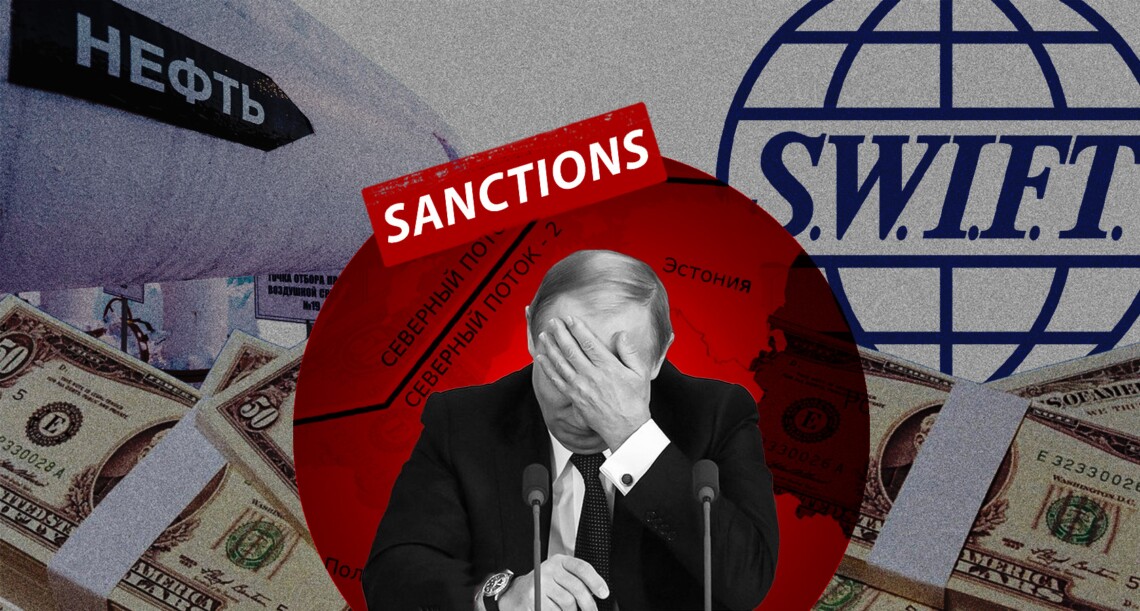 State capitalism, corruption, and authoritarian power are the three pillars of Russian current anti-globalization economic policy. Thanks to the corruption structures of Russian state capitalism, involving companies and their owners in its functioning, the Kremlin guards use this symbiosis by power structures. The Russian financial elite is a private club. If someone can earn a billion dollars in Russia, there is no guarantee the entrance to this club is open. Loyalty and devotion to the Kremlin are the only ways to access a wider circle of authorities. However, the doors to this circle are still locked.

The oligarch Roman Abramovich has a political influence only in a broader circle of oligarchs. Such representatives of the Russian business, such as opposition oligarch Khodorkovsky and the founder of social media VK and Telegram Pavel Durov, do not gain entrance to the corridors of government. In the global world, it is enough to have a good education, access to the market of modern technologies, and start-ups to become a successful businessmen. However, this rule has nothing to do with Russia. The real oligarchs club is private and closed for yesterday's students of the Math and economic faculties.

In the Russian Federation (RF), passing the verification over time is a requirement for membership in the governing elite, including the financial one. The list of its individuals-members includes 1. The oligarchs sitting on the natural resources. They received access to it 20 years ago and have continued to benefit from this; 2. The ones successful in the process of the redistribution of socialist property in the wild 90s of the previous century; 3. Loyal government officials from the upper echelons of power, accept and implement any of Putin's programs.

Sometimes one individual fits within all three categories; Yury Kovalchuk is a perfect example of this person. Rephrasing the Oscar-winning film directed by the Coen brothers, we can say the random billionaires do not belong here. State capitalism does not stand with capital beyond the control of the government. Only the closest to the government oligarchs—or their supporters—benefit from the most profitable state contracts. These state billionaires are not afraid of confrontation from market millionaires since Russia does not have a free market. Oppositional millionaires do not have a critical mass ready to fight the corrupt government. These businessmen are either destroyed or expelled from the RF.

State billionaires are not common. They concentrate all power in their hands. The number of opposition millionaires is bigger, and they can potentially become current critics of the Kremlin. To do this, they need support. The only one who can support them in constructive criticism of the political regime is the liberal middle class in Russia. Unexpectedly, the situation did not progress.

The global world’s middle class did not have enough time to develop. When we measure it by income, the middle class exists within the RF, and other than that, it is not the middle class that can and will defend its interests. The Russian middle class consists of government officials from the depressive regions, police colonels, advisers to oligarchs, and others. These people won't stand up for the market and people's opinions. This class loses its sense every single day. Soon they will be declared foreign agents or traitors to national interests.

The government will silently watch the people unleashing their righteous wrath on them. Destroying these agents means destroying a free market and free opinion in Russia, as they are the last adherents of global values and thus Evil in Russia. By eliminating them, you can purify the evil in the world, and this is how the common Russian souls survived the damaging influence of the West. Unfortunately, that is the reality of life in Russia in the 21st century.

Why Do They Need Luxury?

The absent differences between rich and poor, before Mark Twain’s Gilded Age, had their advantages. In such a world, the human internal symbolic place was a priority. The leader did not own more wealth than his fellow tribesman but had almost unlimited power. Today, an incredible property gap can exist between the employee and the owner. This gap exists in external attributes; wealth, expensive things, a personal driver, a secretary, etc. Such elements allow distancing oneself from other people, giving the wealth a symbolic and justified sense.

In the beginning, luxury was a privilege of the aristocracy. At first, the USA refused to accept these rules. However, with the development of the economy and the period of stable accumulation, wealthy industrialists could focus on luxury. Luxury was a frequent inheritance of aristocratic authority in 19th-century Europe. In the USA, it has become a goal. The European consequence is an American goal in itself.

In Russia, before the revolution, luxury was a consequence. Everybody got equal rights after the October revolution. One of the consequences of this equality created a so-called nomenklatura, the privileged class of communist administrators, of the Bolsheviks. After 1991, luxury became a power-driven end in and of itself. State capitalism in the RF lay on an astonishing link.

Historically in Ukraine, after the loss of independence with the signing of the Pereyaslav agreement of 1654, the Cossack aristocracy got the same rights as the Russian aristocracy. The stratum of the super-rich individuals did not have time to form. The process started only after the industrial development in the territories of Ukraine until the middle of the 19th century. Entrepreneurs like Tereshchenko then started to emerge. Tereshchenko did not have power, however, but they demanded it. At the time, they warmly supported any changes in the frozen Russian society. The wealthy industrialists are people with the initiative and the desire to make money who supported the revolution of 1905 by all legal means.

Previously, they backed the abolition of serfdom, as they needed free peasants to work at factories. Therefore in Ukraine, luxury as a phenomenon did not have time to take root. The war for independence, and the occupation of Ukraine by the Bolsheviks, destroyed the social and economic structure of society. After that, those who wanted to govern a country of equals sought their fortune in Moscow, and the local Ukrainian nomenklatura was not super-rich. Local political figures were under regular suspicion from the center; the results included the Executed Renaissance, N. Skripnik, P. Shelest, V. Shcherbitsky, etc. All of them were under suspicion because of "separatism" for their ideas to build an independent Ukraine. We are now discussing the region of the USSR that served as the empire's primary source of food and resources. All the innovative new Moscow businesses were left behind when the Soviet empire collapsed—even if they had originated from other post-Soviet countries. The national economy of the former empire began to undergo a period of privatization.

In the RF, the era of super-rich oligarchs in power is not only an external ostentatious characteristic of the success of those who came to power but also a way to distance themselves from those who did not achieve the same success. The authorities protect their faithful dogs, and they, in turn, do everything to ensure that the Kremlin remains in the same form. Luxury overflows. The loss of foreign assets, movable and immovable, is not a problem for Putin's friends. Every oligarch made this sacrifice for the sake of the Kremlin. Any FSB colonel or deputy of one of the several "free" republics in the Russian Federation is far wealthier than any American businessman before the Gilded Age. A new standard of success appears in Russia's social-political life. For Putin's Russia, success is loyalty to the regime, and luxury is a way to distance itself from those who have not achieved this success.