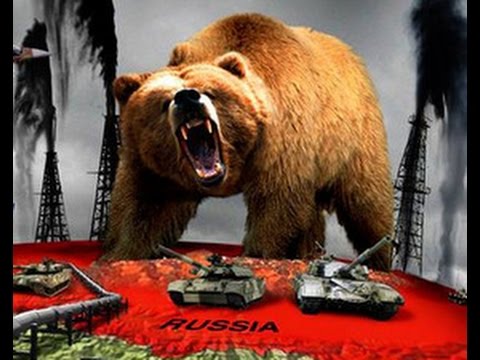 To understand how the Kremlin ideologists construct the modern myth of "great Russia" it is worth remembering the ancient Greek story-myth about Theseus and the Labyrinth of the Minotaur. Theseus, having become a voluntary victim of a sacred act, murders his potential killer himself in a specific symbolic space called the Labyrinth. Thus the prey becomes the hunter, and the hunter becomes the prey. In general, this is a triumph of Hegelian dialectics! But Russian hoaxes around the Greek myth are far more intricate and far-reaching.

Putin is the Orthodox prototype of Theseus. While Theseus is the son of the legendary king Aegeus, Putin is a native of the people after sacrificing the Minotaur as a "collective West", it does not cost him anything to become a tsar.

If not a tsar, then such a leader as Stalin, who has all the rights of a tsar, or rather, an Orthodox tsar. Today in Russia, only 60% consider themselves believers, especially after the atheistic violence of the Soviet empire, and of these, only 70% are Orthodox.

But a myth is a myth! Its strength is in it: every person is equal to it.

It is worth taking a closer look at the question of how, in essence, religious people fell victim to the ecclesiastical and political machinations of those who are in power in modern Russia. Such a look will help to understand how the pagan myth of Theseus, the present-day Russian Orthodox Church, and the Russian imperial narrative coexist.

Such a peculiar Orthodox reincarnation of Theseus in the 21st century carries a simple and understandable narrative for the Russian audience: the murder of the Minotaur as a symbolic reincarnation of "Evil and the collective West" is the very story of the success of "Russian weapons". This sacred sacrifice in the form of a thousand killed civilians is a sacrifice for the sake of Victory.

TV has become a battlefield and a place of glory, and there is no room for defeat here. Only "positive" news about the Victory has a right to exist. The rest comes from Evil. If something evil happens somewhere, it is the machinations of "enemies and spies". Here, the Minotaur symbolizes symbiosis, the interpenetration of everything foreign and alien to the "Russian spirit". Thinking of the past 15-20 years, we see that the Russian government has been actively "closing" Russia from the world and vice versa.

The symbolism of the Minotaur and his sacred sacrifice carries a lot of negative emotional energy in the minds of Russians. Over the past 20 years, too many things were perceived badly by most Russian Federation citizens, who have become victims of a far-reaching brainwashing program. The new Kremlin political doctrine needs to be approved too. But they are not the only goals of this operation. Its current aim is to stop most people from thinking critically about events around them. The main goal is to "knock out" the ground of reality from under your feet. Viewers of Russian channels and adherents of Kremlin propaganda for years should purely absorb information passively.

Here, contradictory events and facts coexist within the same narrative. Their Minotaur is too comprehensive and controversial. It looks like: The west is both "decaying" and "Nazi", Ukraine is both "not a country" and "a threat to Russia", and Ukrainians are "fraternal people" and "absolutely alien to the Russian spirit".

Such a dichotomy creates the fabric of the current Russian fantasy world. Are you expecting clear patches of black and white on the mental map of Russian propaganda, you will be disappointed. Everything is grey here. Completely grey. This dullness has penetrated all cells of Russian society. For most of the Russian population, it comes from above and appeals to the innate fear of everything new. Imperial views of the whole world cannot accept the new. Only what the Russians carry becomes "new" and "purifying" for the world. Although, the empire as a worldview and social body is a long-obsolete category.

The "Orthodox Theseus" brings deliverance to the collective West. For the West, its symbolic death is an opportunity to be reborn in the light of Russian imperial ambitions. For the Minotaur, symbolic death is a new mental state. For the Kremlin is to kill everything new, and instead of it spread the old is the salvation of everything "Russian" and the justification of destruction.

"Just like it was before" - this is understandable. This motto does not contain all negative emotions and experiences. Propaganda helped to drown out the historical memory. Protective behavior "just like it was before" justifies and legitimizes the use of violence. The only way to avoid changes is through coercion.

The very fact of sacrificial murder, the process of glorification of the victims, in this case, does not cause a bad reaction or censure. Sacrificial sacrifice is a purely symbolic act. Such an act takes place "out there somewhere". The viewer himself is physically distant from where the events happen. The viewer is only interested in the result, a victory, and the act of sacrifice. This fact does not justify only the act of violence symbolically but also frees the viewer, complicit in the crime, from responsibility.

Such a victim is "justified" in the eyes of both the spectator and the perpetrator of the crime. The rebirth of the "Orthodox Theseus" receives approval from the masses.

The idea of ​​God is hierarchical. Earlier cults were local. Spirits had "strength" only in a specific region. Gradually, due to their connection with social and political centrifugal forces, they had to be somehow united. The structure of the deities became more general and hierarchical. For example, this is where the idea of ​​the Sun as something that is "above", which is "higher" in the geometric sense, and not just as a symbol of fertility, comes. Having mastered the visual hierarchy, thinkers and politicians moved to an abstract, discrete, and symbolic rank. That is, the very symbolic skill or technology received an impetus for development and led to polishing the ideas of the abstract God.

The justification of Good-Evil and Suffering-Redemption in the world has nothing to do with the concept of God. Buddhists generally went further, accepting suffering as an integral part of life. The acceptance of suffering is a symbolic act, which they explain theologically. That is, they use abstract technology and apply it to the very idea of God. A single abstract God pushed aside local gods or abolished them, turning them into assistants or local saints.

The iconoclasts of Byzantium were doomed because the idea of ​​God as an abstract symbol turned out to be too abstract and vague for the visual culture and perception of Eastern Orthodoxy. It was hard to use such an idea in state-building. Churches and cathedrals are the most monumental and epoch-making buildings. Numerous kremlins from the fortress turned into places of worship and burial places. The main Russian headquarter got its name after the ancient local type of fortress – the kremlin. Bibles were the first printed books. This is how material technology began to be used to validate abstract technology. The "pagan" universities of the ancient world were considered less important and "childish". The church ran the first "real" universities in modern Europe.

Such a vision helps to explain why Christianity, in particular, is so insistent on the need for the state. Namely, a centralized and strictly hierarchical state. The idea of God has become a social technology. This is an achievement of humankind, but it is far from being used equally on all continents. It helps to separate "Friends" from "Aliens", and "Higher" from "Lower". Thus, peculiar religious castes of belonging arise.

It is no coincidence that before sending Russian soldiers "to be a sacrifice" and "for sacrifice", they all undergo consecration by Orthodox priests of the Russian Church. While priests must bless for protection, Russian Orthodoxy has made a new formula for the crusades of the 21st century: defending the Fatherland means attacking. One way or another, the sacralization of what is happening will continue. It does not matter who will become the sacred symbol of the "Russian spirit", the civilian population of a neighboring state, or its soldiers. One's sacrifice as an act of mystical mortification of the flesh may turn out to be more important than the victims of the "collective West". The soldiers' death is sacralized and "demands vengeance". For Russia of all times, it is commonplace to glorify those who died for the "Fatherland".