Western sanctions and the "Russian world" 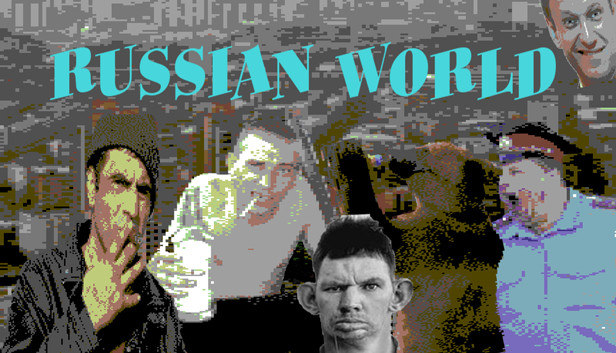 The Western sanctions were not unexpected for the Putin regime. They were anticipated. It’s not easy to predict their aftermath for the financial and economic field of the Russian Federation. The resistance of Ukraine and its people appeared a bigger surprise for the Kremlin's government circles than the reaction of the West. Sanctions were expected. Even more: if we look closer, they are provoked to some extent on purpose.

Mono-vector nature of the Russian economy and its dependence on the export of energy carriers and technology imports has long been established. Such dependence on the world’s global economic community clearly burdened the Putin regime. It is not a part of the myth about Russia's "special" mission in the world. Steps to isolate the Russian Federation from global financial flows were taken long ago. Not all of them were successful, but the trend was clear.

In the midst of the world financial crisis 2007-2010, Putin himself more than once proposed to "get rid of the dominance of the dollar".

We must accept he was not a "brilliant discoverer" of this idea. The idea is not new but, as we see from the history of the 20th century, it never worked. Gold and foreign exchange dependence of the central banks of the countries of the world burdens them, but there is no other way for the global economy to function today. Perhaps here lies the old Aristotelian problem of the root cause. It says that at a certain stage of the search for the cause, it is worth stopping at some option and recognizing it as the starting point. This is logically and ontologically wrong, but it works!

But let’s return to our muttons! To give his words more weight, as mentioned above Putin decided to invade Georgia. To be more precise, its unstable part, is South Ossetia. At that time, the Russian Federation already had several tame republics - Transnistria and Abkhazia. However, the leaders of the Western states pretended those countries were forgotten and continued to “feed” their Western economies with cheap Russian raw materials, filling the budgets of the Kremlin and its reserve funds.

Ossetia was the first in a long queue of wars, unleashed by the Kremlin for the sole purpose of following its doctrine of denying everything "non-Russian". Any type of measures directed to pacify such an aggressive policy on the part of the world community began to be perceived as "unfriendly" steps toward the Russians. Those measures were presented precisely as confirmation of the correctness of the Kremlin's policy aiming to distance itself from the West.

This path led the Russian Federation to long and sluggish flirting with China and an attempt to gather its "allies" worldwide. As we know, with such "allies" things did not go smoothly for the Russian Federation. The only thing that these few countries are interested in is the opportunity to support their economy at the expense of "oil dollars" from the Russian Federation. This should also include purulent warts in the form of Transnistria, Abkhazia, South Ossetia, the LPR, and the DPR, which are unrecognized throughout the world.

The maintenance of these terrorist formations, the war in Syria, which has clearly dragged on for the Russian Federation and did not bring the expected results, the ambiguous behaviour of communist China, the only goal of which is resources at reduced prices and the weakening of such a competitor as the Russian Federation, the incredible level of corruption and devastation in Russia itself fell just to the next global collapse – the COVID-19 pandemic.

The death rate, a high percentage of post-COVID-19 diseases, corruption and devastation in medicine, and the absolute uselessness of the Russian "Sputnik V" vaccine began to undermine the population's confidence in the authorities. Eliminating the opposition did not help. The ideas of the "Russian world" no longer distract Russians from what is happening around them. "Return of the Crimea to its native harbour" turned out to be just a beautiful picture on the TV screen. Instead of a blooming paradise, the Crimea turned into a naval fortified fortress, packed with soldiers and weapons.

Together with a lost financial and economic confrontation with the West, this all forced the Russian authorities to take extreme measures, which are the war and full isolation of the Russian Federation for the sake of keeping the power itself.

The authorities of Russia again played a card that was already on the table: Russia has its own unique messianic role. The origins of this idea go far back into the history of this empire. Here, the people were taught to deny any individuality. The idea of community is more acceptable. However, the community here does not carry humility before the forces of the Universe and does not have a Buddhist orientation.

The Russian idea of community has a different meaning. Here, the individual gives up his Personal for the sake of the Universal within a single social organism, limited by the size of the country-empire. Such an example of an egalitarian social system over individual initiative has always been the basis of the most popular political movements in Russia. Even socialism and communism were perceived by the bulk of Russians only in this vein.

The messianic role of Russia and its people in the "sacrificial" liberation of themselves and the world from the "pernicious influence of everything from the West" has again become the main myth of power. And the propaganda of these ideas among Russians and the entire Russian-speaking population of neighbouring countries has been carried out for more than a decade for "oil dollars" received from the West. Although quite recently, during the crisis of 1997-1998, it was Western democracies that came to rescue Russia and prevented an economic and social collapse here.

The idea of messianism spread among the population in record time was made possible by the long-launched information and psychological campaign in Russia to misinform the population. Since the days of the USSR state TV, radio, and media were the only channels to get information. Significant efforts were taken by the authorities of the USSR in order to fight against another source of information, emotionally sensitive.

Huge resources were spent to discredit family legends when the ancestors became traitors, and grandmother's tales became a source of counter-revolutionary propaganda. This channel of education for Russians turned out to be marginal. People who have grown up today after such informational pressure are largely cut off from their families, but are fully integrated into the state propaganda reality. The Kremlin has successfully taken advantage of this; today what the grandmothers say completely coincides with what the state media say.

For an ordinary person, such a failure of the Russian financial and economic system may seem like a fiasco. But in the Russian Federation itself, people look at it differently. Now only state bodies control the flow of currency into the country.

This fact will incredibly strengthen the role of state bodies in the life of the population. It will become completely and decisively dependent on the government apparatus and its local officials. In the Russian Federation today there is a situation where ideology, information, and finances come from one source, the Kremlin. There is virtually no opposition that is capable of declaring itself. The cohesive resistance to power is broken.

There is neither an ideological basis for the opposition nor a financial one. Liberal-minded businessmen and IT specialists who are able to support the opposition have already been or will soon be pushed out of the country. And being outside the Russian Federation, they will rather become the mouthpiece of Russian propaganda. Despite the absurdity of the situation, these people are more likely to serve as free advertising for the Putin regime in the Russian Federation with all its horror stories than they can really influence the overthrow of the regime.

Every day Ukrainian soldiers do more to overthrow Putin's criminal regime than the entire opposition. For the West today the question is who will be able to "pick up" power in the Russian Federation? With whom in the future will it be possible to negotiate the safe supply of oil, gas, and other materials?

Thanks to the Western sanctions (!) Putin concentrated power in his hands and from now the Kremlin will start to tighten its control over the population even more. The devastation amid the pandemic will now appear to be the result of the actions of the "unfriendly" West, which deliberately spread the "Chinese" virus. And the Putin regime is a kind of "Slavic hero" who coped with the situation. They say this is the only way out of the disaster! Such a strange narrative is one of the fundamental myths of today's Russia.

Having such power, in the future the Putin regime together with the Russians will mark as "not Russian" everything that fits the definition of "objectionable to the authorities." From now on any idea beyond the ideology will be seen as "Western", thus unwanted by the regime.

Having gained control over the population and the flow of finances, the Kremlin regime has nothing to fear from "unfriendly" Russian oligarchs. In any case, according to the current laws of the Russian Federation, any of them may become an "enemy of the people" or a "foreign agent." Then the people themselves will beg the authorities to get rid of the oligarch objectionable to Putin and confiscate his property "for the good of the Motherland".

By such a perverted method, the Putin regime will receive legitimation in the eyes of the people. A situation is being created when the Russian people themselves will demand further steps from the authorities to tighten the regime. And the authorities, as obedient and legitimate, will fulfil the demands of the people.

This mechanism is already on. There are only tiny details left. For example, to remove unnecessary generals and heads of law enforcement agencies, which may pose a potential threat to the regime. Or the ones that have too much popularity among ordinary Russians. To do this, it is enough to accuse them of disrupting the "liberation" operation against Ukraine or of losses among Russian soldiers.