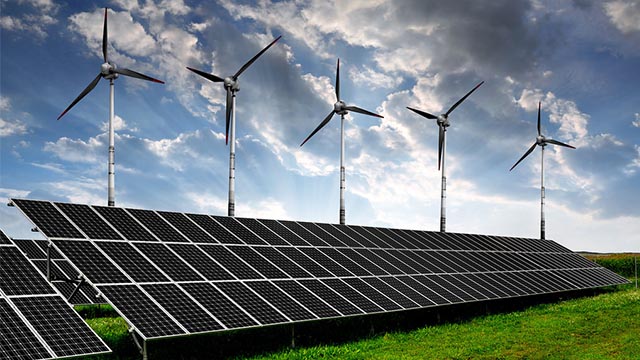 The world is entering (or perhaps already is) in the midst of the biggest energy and raw material supply shock since the 1970s and one of the worst grain supply disruptions since World War I. This is the scenario presented by two articles published last week by The Economist and Bloomberg that describe the immediate and more or less near future repercussions of the war in Ukraine (including sanctions on Russia and Putin's anticipated reactions).

Global commodity crises tend to cause severe economic damage and political upheaval. The oil shocks of the 1970s left Western economies with runaway inflation and deep recessions. The surge in cereal prices in 2010 and 2011 was the trigger for the street protests that led to the Arab Spring. Let's get ready for such a thing even now, writes the Economist. "Although trade in goods is already in chaos, ordinary people have yet to feel the full effects of rising gasoline bills, 'empty stomachs' and political instability."

As in 1973 after the oil crisis, Europe is at risk of stagflation, the "terrible combination of inflation, reduced economic growth and rising unemployment," writes Bloomberg energy columnist Javier Blas. But, unlike almost 50 years ago, the energy crisis is not limited only to the price of oil, it concerns “all sources of fuel except renewables. Combined oil, coal and gas make up 75% of the world's primary energy consumption. And not only transport is involved, but also heating, cooking, electrification ".

World leaders are in a delicate position, continues Blas: to impose bans on imports from Russia of oil, gas and other raw materials, and to see prices soar; or continue to leave trade relations with Russia unchanged and finance the Kremlin. At the moment, prices are rising and revenues for Russia are increasing.

If the road will be that of the embargo of all Russian raw materials and will be followed by everyone - always observes Javier Blas in another article on The Spectator - "the world leaders will have to prepare the world population for the economic storm (and not only) that it will follow ".

With 8 million barrels per day, Russia is second in oil exports only to Saudi Arabia; it provides 26% of world gas consumption; is an important supplier of wheat, corn, aluminum, copper, palladium, nickel. Raw materials are the basis of the Russian economy, continues Blas: about 40% of the government's revenue comes from the sale of oil and gas and exports of raw materials are worth more than a billion a day. If it is true, therefore, that the embargo could affect the Russian economy, it is equally true that there will be important repercussions on world needs.

Already now supplies are running out, wholesale prices are rising, fueling retail costs, and the embargo will only exacerbate this situation between supply crises and rising costs. “Rising oil prices will mean more expensive gasoline and diesel. With repercussions on other goods, such as bread, which include raw materials produced by Russia. (...) The countries of North Africa and the Middle East are heavily dependent on Russia and Ukraine for grain imports: it was a Russian drought in 2010 that caused a rise in bread prices, one of the triggers of the Arab Spring . The prices of wheat today are 55% above the peak of 2010 ”.

This is the path suggested by the Economist who writes: "The priority is to increase the offer. Rich countries could accelerate the release of the 1.5 billion barrels of oil they hold in reserve. The Biden administration will have to resume the fracking activities that had been shelved. The EU will have to postpone the use of those nuclear power plants which it had planned to close, promote renewable sources and continue to use coal to secure gas supplies for the coming winter. Without excluding, in the worst case scenario, gas rationing ".

Last week the US banned Russian oil and gas imports, closely followed by the UK. A decision, comments the Financial Times, destined not to have great effects if it remains an isolated move and not shared by the countries of the European Union. In the aftermath of the US and UK embargo, oil prices rose a further 4%, reaching levels not seen since 2008, the Times writes.

Meanwhile, the executive director of the International Energy Agency (IEA), Fatih Birol, told the Financial Times that member countries are ready to release more oil from emergency stocks to cope with soaring oil prices. power. The announcement, however, did not have the desired effects: the price of oil rose by almost 10% before falling, a sign that traders were expecting a greater release.

Birol added that he had also discussed with oil-producing countries in the Middle East, Latin America and Asia to increase production: "We are in close contact with several producing countries that behave more responsibly than others," he said with a veiled criticism of Saudi Arabia and the United Arab Emirates which so far have refused to pump more oil. The IEA will present recommendations in the coming days on how to rapidly reduce the demand for oil around the world between now and the summer season, when demand usually increases.

Rising oil prices and demand for production come just as climate scientists are strongly arguing that nations need to drastically reduce their use of fossil fuels.

In the United States, the Build Back Better Act - the climate change and social spending bill that involves spending $ 555 billion to implement low-carbon technologies such as wind, solar, geothermal and nuclear power - is still stopped in the Senate, in the United Kingdom government sources told the Times that Boris Johnson was considering increasing gas production pending the transition to nuclear and renewables, in the European Union a Bulgarian MEP, Radan Kanev, asked to "reconsider and adapt" the "Fit For 55" package (the EU proposals on climate and energy) to the current geopolitical situation, and Deputy Prime Minister Nadia Calviño urged the European Commission to "review" its energy regulations to helping Europe to "break away" from Russian gas, reports Politico.

The ban on Russian energy flows cannot be offset by greater supplies from other oil-producing countries, nor could existing reserves be sufficient for gas and diversification of suppliers may not be sufficient. Europe must reduce energy demand now. “There are simple steps to take: reduce speed limits on motorways; ask consumers to turn down the thermostats slightly; encourage the use of public transport by reducing the cost of tickets or by allowing people to travel for free on weekends. If politicians can't figure out which way to go, the markets will. And they will not forgive ”.

The plan presented by the International Energy Agency, which we talked about last week, and REPowerEU, the European Commission's plan to reduce dependence on Russian gas, go in this direction. In addition to the diversification of gas supplies, the plan provides for an acceleration of the energy transition. If already "the full implementation of the" Fit for 55 "proposals would already reduce our annual consumption of fossil gas by 30%, equivalent to 100 billion cubic meters, by 2030", with the REPowerEU plan, explains the Commission, "yes they could gradually remove at least 155 billion cubic meters of fossil gas, which is equivalent to the volume imported from Russia in 2021. Almost two thirds of this reduction can be achieved within a year ”.

The plan provides for more hydrogen (a further 15 million tons in addition to the 5.6 already foreseen by "Fit For 55"), the doubling of biomethane production and the installation of domestic heat pumps, and accelerating the installation of wind and photovoltaic than expected, simplifying and reducing administrative procedures. “It's hard, damn hard. But it is possible, if we are willing to go further and faster than we have done before, ”commented the vice-president of the European Commission, Frans Timmermans.

Moreover according to new data from the International Energy Agency (IEA), in 2021 the carbon dioxide emissions produced by the energy sector rose to the highest levels in history. In absolute terms, emissions increased by more than 2 billion tons (GtCO2) reaching a record level of 36.3 GtCO2 (+ 6% compared to 2020), coinciding with the recovery after the restrictions to contain the COVID-related pandemic. 19.

Of the 116 countries studied, Luxembourg had the highest average CO2 footprint, with over 30 tCO2 per person. Value that jumps to 76.9 tCO2 if we take into account the richest 10% of the population. A very high value given that, spread over the entire world population, each of us has a per capita footprint of 3.2 tCO2 and that the level not to be exceeded to limit warming to 1.5-2 ° C is between 1.6 and 2.8 tCO2.

These data become even more striking if we think that the areas most exposed to the effects of climate change are usually the poorest and that the per capita footprint of those in poverty is generally less than 1 tCO2.