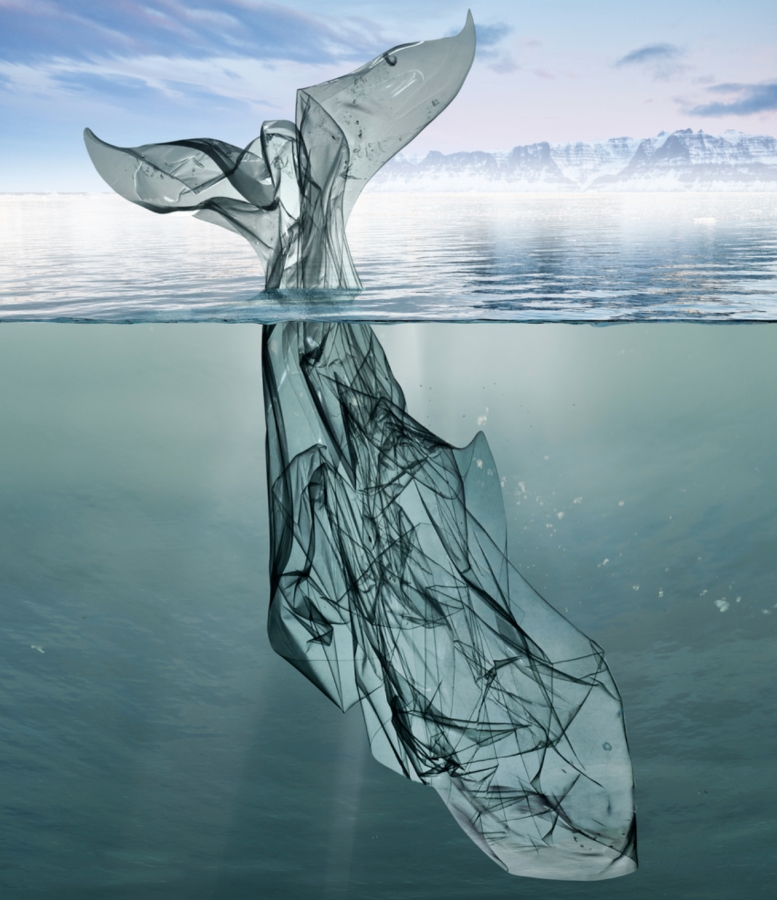 Since the first factories began manufacturing polyester from petroleum in the 1950s, humans have produced an estimated 9.1 billion tons of plastic. Of the waste generated from that plastic, less than a tenth of that has been recycled, researchers estimate. About 12 percent has been incinerated, releasing dioxins and other carcinogens into the air. Most of the rest, a mass equivalent to tens of millions of blue whales, has accumulated in landfills and in the natural environment. Plastic inhabits the oceans, building up in the guts of seagulls and great white sharks. It rains down, in tiny flecks, on cities and national parks. According to some research, from production to disposal, it is responsible for more greenhouse-gas emissions than the aviation industry.

This pollution problem is made worse, experts say, by the fact that even the small share of plastic that does get recycled is destined to end up, sooner or later, in the trash heap. Conventional, thermomechanical recycling—in which old containers are ground into flakes, washed, melted down, and then reformed into new products—inevitably yields products that are more brittle, and less durable, than the starting material. At best, material from a plastic bottle might be recycled this way about three times before it becomes unusable. More likely, it will be “downcycled” into lower-value materials such as clothing and carpeting—materials that will eventually be disposed of in landfills.

“Thermomechanical recycling is not recycling,” says Alain Marty, the chief science officer at Carbios, a French company that is developing alternatives to conventional recycling.

“At the end,” he adds, “you have exactly the same quantity of plastic waste.”

Carbios is among a contingent of start-ups that are attempting to commercialize a type of chemical recycling known as depolymerization, which breaks down polymers—the chainlike molecules that make up a plastic—into their fundamental molecular building blocks, called monomers. Those monomers can then be reassembled into polymers that are, in terms of their physical properties, as good as new. In theory, proponents say, a single plastic bottle could be recycled this way until the end of time.

But some experts caution that depolymerization and other forms of chemical recycling may face many of the same issues that already plague the recycling industry, including competition from cheap virgin plastics made from petroleum feedstocks. They say that to curb the tide of plastic flooding landfills and the oceans, what’s most needed is not new recycling technologies but stronger regulations on plastic producers—and stronger incentives to make use of the recycling technologies that already exist.

Buoyed by potentially lucrative corporate partnerships and tightening European restrictions on plastic producers, however, Carbios is pressing forward with its vision of a circular plastic economy—one that does not require the extraction of petroleum to make new plastics. Underlying the company’s approach is a technology that remains unconventional in the realm of recycling: genetically modified enzymes.

For the past several years, Carbios has been refining a method that uses an enzyme found in a microorganism to convert polyethylene terephthalate (PET), a common ingredient in textiles and plastic bottles, into its constituent monomers, terephthalic acid, and monoethylene glycol.

Whereas Most PET produced globally is used not for bottles but for textile fibers, which, because they often contain blended materials, are rarely recycled at all. Mats Linder, the head of the consulting arm of Stena Recycling in Sweden, says he’d like to see chemical-recycling technologies focus on these and other parts of the recycling industry where conventional recycling is coming up short.

Gregg Beckham, a senior research fellow at the National Renewable Energy Laboratory, believes that the global plastic problem will call for a diverse mix of technological and policy solutions, but he says enzymatic recycling and other chemical-recycling technologies are advancing rapidly, and he’s optimistic that they will have a role to play. “I think chemical recycling is useful in the contexts where other solutions don’t work,” he says. “And there are many places where other solutions don’t work.”