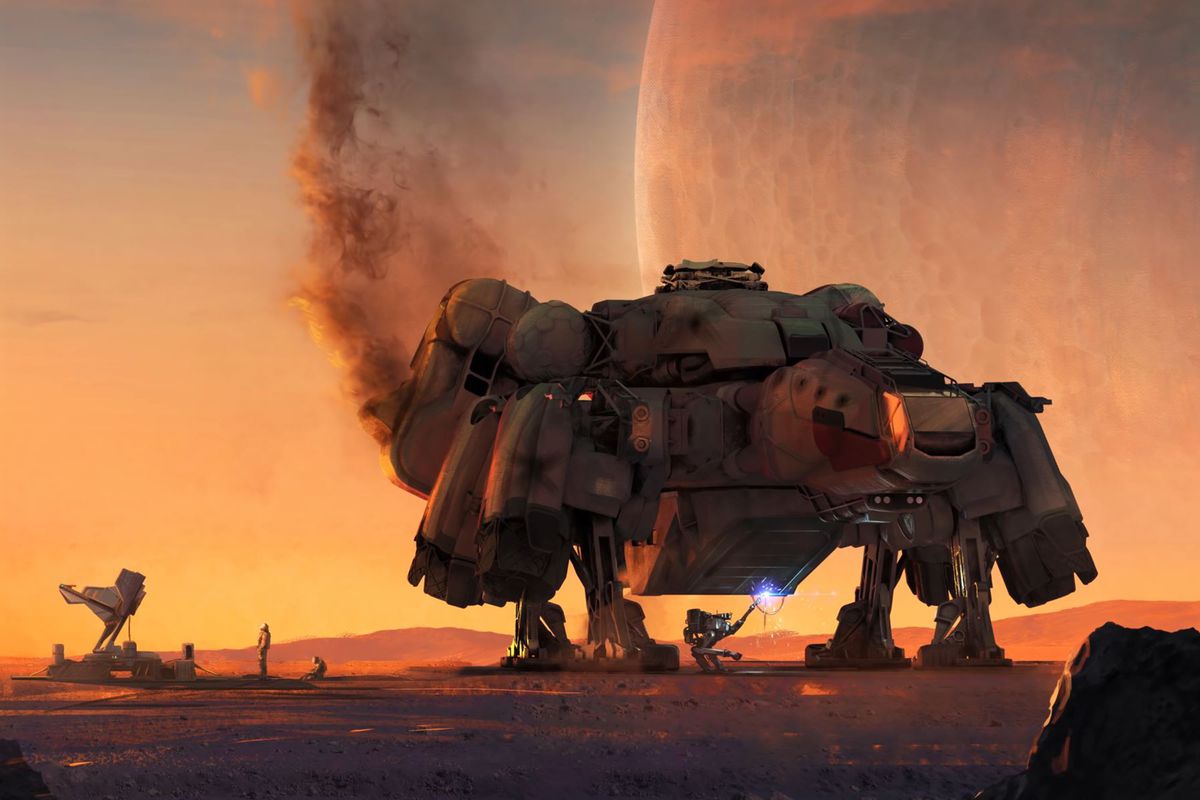 Last week, we got our first look at gameplay of Bethesda Game Studios’ Starfield at the end of the 2022 Xbox and Bethesda Games Showcase. The gameplay showing spanned a total of fifteen minutes, with the presentation being held (as always) by legendary game designer Todd Howard.

Originally announced back in 2018, Starfield is a massive AAA open-world space exploration RPG from the creators of The Elder Scrolls and Fallout series. The game has reportedly been in development since (at least) 2016, following the release of Fallout 4’s two main expansions. Starfield is Bethesda Game Studios first new original franchise in over 25 years, and according to Todd Howard, it’s a game they’ve been wanting to make for decades.

“When you look up in the sky, there is this drive to know, what is out there? Are we alone? What are the origins of space and time and all of those things? What role does religion play in some of that as well? So, we do get into some big questions. I think a game like this is a good place to do that,” Howard said in an interview with The Washington Post about the game.

Last month, Starfield was delayed to 2023 a month before this gameplay reveal. The delay, while necessary, was met with mixed reactions from the public. It undoubtedly lessened the excitement for the gameplay reveal and the showcase in general.

Regardless, the reveal begins with an opening shot of a mysterious moon named Kreet, showing off some of the upgrades Bethesda Game Studios has made to its Creation Engine 2 (rendering detail/distance in particular). The player’s ship subsequently lands, and we get to see first person gameplay for the very first time. Fans of their previous games should feel right at home while watching this gameplay reveal, with Bethesda’s signature exploration and combat being at the forefront.

One of the most significant upgrades to Bethesda’s engine that was shown off is the new indoor lighting system, which was a common complaint with their previous single-player RPG, Fallout 4. The demo then introduces us to the first of four main cities in the game, New Atlantis, which is apparently the largest and most content-rich city that Bethesda Game Studios has ever created. We see wandering NPC’s before being introduced to some of the main factions in the game, a couple of which are known as The United Colonies and The Freestar Collective.

Later in the demo, Todd Howard reveals Starfield’s new character creator, which is another extensive upgrade over their previous work. It features the return of character backgrounds and traits, classic RPG mechanics that have been missing in recent Bethesda Game Studios releases. One of the main complaints about their previous single-player RPG, Fallout 4, was that created characters ended up looking eerily similar to one another. Starfield seems to have fixed that problem as well, judging by a montage shown of diverse hand-crafted player characters.

The game also features the return of Fallout 4’s settlement building in the form of “outpost building.” This allows players the ability to create their own personal outposts on various planets and moons. Ship customization was also announced, letting players design unique spaceship’s that they can use throughout the game.

All of this should (at least somewhat) calm fans who were worried that Bethesda Game Studios would continue to move away from their hardcore RPG roots. Not that those fans should be blamed for having those expectations, seeing as their previous game (Fallout 76) wasn’t exactly up to their standards. The game was (to be blunt) a travesty at launch, causing considerable damage to Bethesda Game Studios’ reputation.

Fallout 76, a multiplayer open-world RPG, was a strange shift away from Bethesda’s single-player outings. In fairness, the game has received several content updates since its 2018 launch (ex: The Wastelanders update, which overhauled the game by adding NPC’s) and it still receives support today. Still, many wondered if Bethesda Game Studios would ever regain the reputation they had lost and if they could ever possibly look back at their classic games for inspiration.

Starfield seems to be exactly what some of those fans were hoping for. But not all.

Before the end of the gameplay demo, Todd Howard made two bold statements that worried some fans. Howard claimed that you can land “anywhere on any planet” and that the game has “over 1000 planets,” with most being procedurally generated. These statements posed many questions, leaving some fans worried about the lack of hand-crafted content on these planets.

Howard quickly responded in an interview with IGN’s Ryan McCaffrey that “We do a lot of procedural generation [in Starfield], but I would keep in mind that we’ve always done that," before further clarifying that “we have done more handcrafting in this game, content-wise, than any game we’ve done. We’re [at] over 200,000 lines of dialogue, so we still do a lot of handcrafting and if people just want to do what they’re used to in our games, and follow a main quest, and do the questlines, you’re gonna see what you’d kind of expect from us.”

The interview with IGN eased many of the concerns that fans had about the gameplay reveal. That being said, it’s difficult to blame the fans that are skeptical. After Fallout 76, the future of Bethesda Game Studios looked bleak. Starfield looks like it could be a return to form for the legendary developer. But questions still remain about the quality of the writing, performance, and planets (among other things).