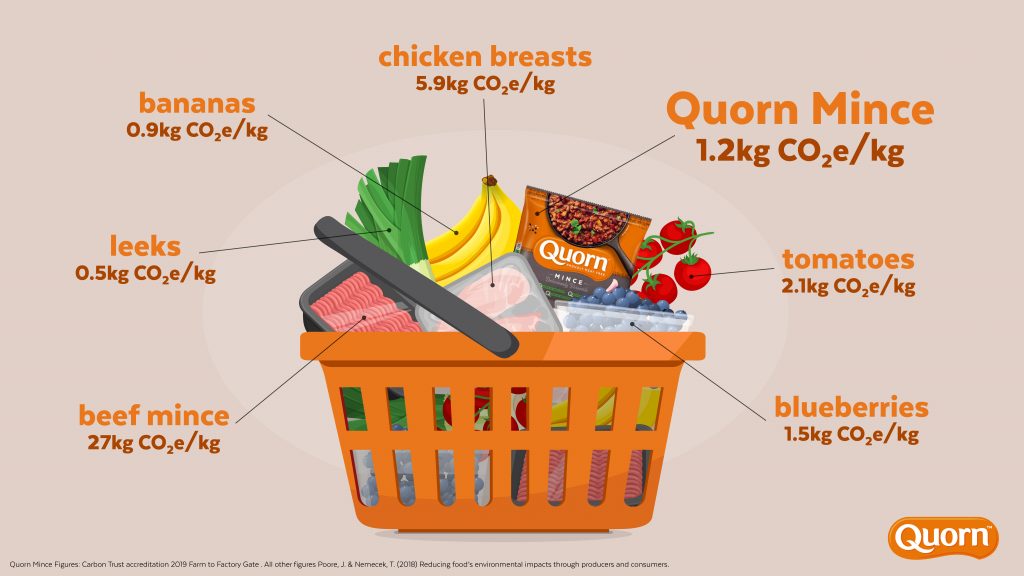 Earlier this year the UK government mandated restaurants and other diners to print the calorific content for all foods on their menus. Since its time of launch, placing calories on menus has been perceived as both helpful and harmful broadly as consumers become increasingly more aware, hence responsible, for their diet choices.

Similarly, recent studies and surveys have shown that a growing number of consumers are wanting carbon labelling on their food products as an incentive to 'clean' their diets on both a personal and planetary scale.

As more and more people become increasingly concerned about climate change and conscious about their contributions to it, namely through their diet’s carbon footprint, labelling has become an appealing strategy for linking the impacts of consumer food choices with the grander climatic scale. By listing each menu item's estimated greenhouse gas emissions, it makes information readily available for individuals to use and take control of the environmental impact of their selections alike to calories.

Whilst carbon labelling is nothing new, it has only been adopted amongst a small yet growing market sector focused primarily on plant-based meals and beverages

Oatley, a plant-based milk brand, is arguably the pioneer of carbon labelling as it started labelling its products in 2018.

Quorn, a leading meat substitute company, decided to carbon label its products in June this year, with the operations director stating that it was decided as an essential mission for people to ‘manage their environmental impact’ caused by the foods they buy.

Just Salad, a small-chain US restaurant, is said to be the first restaurant to support carbon labelling as it begins to label all its menus in less than three weeks. The chain will also be revamping its menu to utilise lower carbon-emitting, vegan foods including Beyond Meat’s plant-based burgers which emit 90% fewer greenhouse gases than animal-derived versions.

Scientific studies have also supported this change for consumers to take control over their food choices hence its carbon lifecycle from farm to fork.

A study by an Oxford-led research team estimated the environmental impact of 57,000 food products in the UK and Ireland – comparing meat and alternative substitutes to conclusively find that the latter has a tenth of the impact of the former. Dr Michael Clarke, the lead author of the study, believes that the estimates offer a significant step in making more informed decision-making choices by forwarding transparency and environmental responsibility. Results from this study are shown below. Still, the political will to mandate carbon labelling remains weak, with Defra stating that it may ‘mislead consumers’ due to inconsistencies in the standards for calculating the extent of a food's environmental impact. This ultimately reduces the efficiency and effectiveness of carbon labelling thus the primary goal of climate change mitigation.

It could take time to regulate an effective database and strategy to make fair comparisons amongst foods both similar, like carrots and turnips, and different like protein bars and sugar-free cookies, never mind the complexity of classifying multi-ingredient foods to singular ingredients.

Carbon labelling remains an attractive concept, and it is claiming momentum during this time of intense climate consciousness for combatting climate change through individual dietary choices. It has even claimed the title 'Climatarianism'.

It is without a doubt that replacing calories with carbon is imperative in the fight against climate change by allowing all stakeholders – from consumers to CEO – to make choices that influence human and environmental well-being on a planetary level.