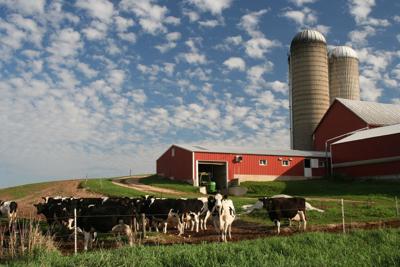 When it comes to getting meat, milk, and all kinds of dairy products, we are very reliant on the dairy business. Unfortunately, the source of our food has a high price, especially for the environment. Farms use hundreds of millions of gallons of water annually to care for their livestock and produce. After the water has been used, pathogens and hazardous substances, such as nitrate, can contaminate the groundwater and increase greenhouse gas emissions.

The majority of fertilizer, manure, and human waste include chemical nitrate. Its carcinogenic potential in drinking water is well known. According to a report by Inside Climate News, consuming water with high nitrate concentrations might increase the risk of methemoglobinemia, a condition that impairs the blood's capacity to carry oxygen to the body, as well as pregnancy issues.

Because of how significantly the dairy industry has contributed to nitrate contamination in groundwater, several states, including California, have made nitrate reduction a mandate for agricultural producers. According to Inside Climate News, "Dairies are required to submit nitrate management plans for their facilities and any cropland where wastewater is applied under CV-SALTS, a collaborative water quality endeavor of the California State Water Board and Central Valley Water Board."

Manure digesters have been used for a while to help with the climate problem. They caused controversy since they only managed to capture the methane created by manure ponds, not stop it from happening, and then sold the gas for use as fuel.

A dairy farm in Royal City, Washington called Royal Dairy decided to try something different and test out a newly developed worm-powered wastewater filtration system. The business BioFiltro installed the system, which is known as a term filtration system. Its goal is to reduce greenhouse gas emissions and nitrogen pollution.

A bed of earthworms is used by Royal Dairy to filter a half million gallons of farm effluent per day. The worms gorge on the liquid manure and wastewater, clearing the stream of nutrients and dangerous pollutants. Austin Allred, the farm's owner, can then use the water on the farm once again after it has percolated through a layer of crushed rock, accumulated at the bottom of the worm bed, and exited the land through a conduit.

The vermifiltration technology is so new that Allred is one of only two dairy farmers in the US to use it right now, but it might offer a solution to the issue of agricultural pollution. Before the water is applied to the crops, it lowers the nitrate content. Recent research from the University of Nebraska-Lincoln indicates that the vermifiltration method eliminates between 53 and 84 percent of the wastewater's total nitrogen. Then, unlike digesters, this BioFiltro technology stops methane before it even has a chance to exist. Compared to a dairy without an emissions containment system, it cuts the methane emissions of the dairy by 97%.

Additionally, bacteria in the worms' produced dung, known as castings or vermicompost, help fix nitrogen in the soil, increasing the effectiveness and efficiency of fertilizer applications. The highly valued soil enhancer can subsequently be sold or used by farmers in their fields.

The vermifiltration system and the digesters are in fierce competition even with these rewards. According to Inside City News, the CDFA restricts grants for digesters at $1.6 million this year while capping grants for the Alternative Manure Management Program at $750,000. Digestion projects earn greater grants from the CDFA. Vermifiltration is quite new and not yet on the radar of many dairy farmers, in addition to financial challenges.

Allred is in favor of the BioFiltro system getting acceptance soon. Vermifiltration is, first and foremost, more cost-effective than a digester because it costs his farm only $25 to $30 per acre. With the clean water he can safely reuse, the carbon credits he obtains, and the soil additives the system generates, he also claims that it offers a good return on investment.

It is hoped that the dairy business will promote more agroecological approaches to address its climate issue.