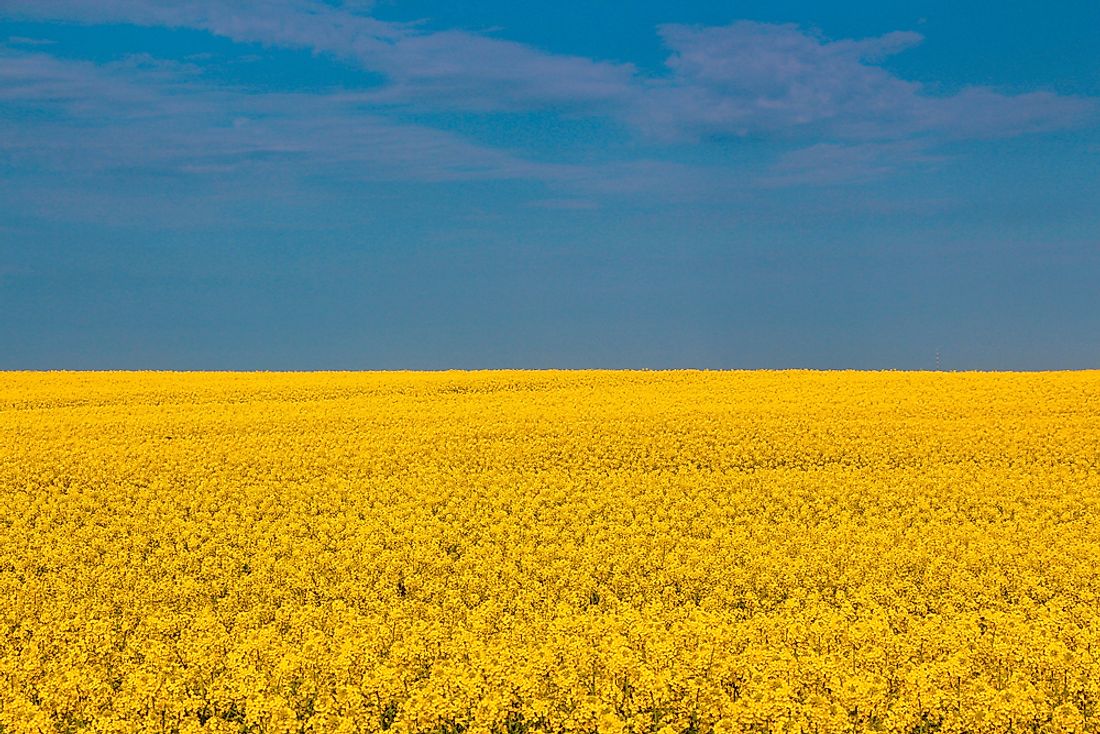 In February 2022, the world witnessed a Russian military invasion of one of the most beautiful European countries in the world, Ukraine. Since then, we have all hoped that some political solutions would come up to stop the war, as it could have devastating repercussions. However, this war draws our attention to the Ukrainian state and its complex history, which witnessed many wars and disasters. This beautiful country has a lot to tell through its pages and some facts that may be interesting to many people.

Ukraine is the largest country in Europe

With about 603,628 square kilometers from Russia in the east to Poland in the west, the Black Sea crosses along its southern border. This massive area can be an obstacle to foreign invaders for sure, which is why the Russian military operation takes time to conquer Kyiv, as well as the impressive resistance of the Ukrainian people. Most of the Ukraine region is covered with greenery, rivers, and picturesque landscapes. The country has a continental climate and beautiful summer temperatures that explains the vast expanses of green land.

Heritage places include Saint Sophia Cathedral in Kyiv, the historical center of Lviv, the residence of the Bukovinian and Dalmatian Metropolitans, The Ancient Chersonese, the Struve Geodetic Arc, the beech forests of the Carpathians, and the Carpathian churches. UNESCO sites are distinguished by their unique architecture in Ukraine.

Most of the country's population speaks the Ukrainian language, and in the 30s of the last century, it took third place among the most beautiful languages ​​around the world. The language has melodies that are second only to Italian. However, Ukrainians are usually bilingual, and most can communicate in Russian.

The Deepest Metro Station in the World.

Arsenalna on the Sviatoshynsko Brovarska railway in Kyiv is the deepest metro station in the world, 105.5 meters underground. The depth of the station, in meters, is greater than the height of the Statue of Liberty. Interestingly, the station was built during the period of the Soviet Union during the Cold War. The purpose of the station is to serve as a shelter and a hideout for people in case of a nuclear explosion.

The complexity of its history

The European country has a controversial history. During the 18th and 19th centuries, Ukraine was divided between the Habsburg Empire and the Russian Empire. But in the 20th century, the Habsburg Empire almost collapsed and was annexed by the Soviet Union. Despite the struggles that the country has gone through, this complex history has enriched Kyiv with a wealth of depth, cultural diversity, and expression.

The cheapest city in Europe

Kyiv is the cheapest city compared to other cities in Europe. Travelers can reasonably afford dining and shopping. For example, meal prices are around 6 euros, and a meal for two people from mid-range restaurants costs about 26 euros. Even though the transportation is affordable and well developed and connects most of the main sightings of the city, for only 0.25 EUR, the passenger can buy a one-way ticket to use the local transportation.

Cities with no people

In 1986, the world faced one of the most catastrophic accidents of the modern era, Chernobyl. The nuclear disaster was in northern Ukraine, and in response to containing the disaster, the Soviet Union isolated many areas and regions around the site, most notably the city of Pripyat. Despite the devastation, the city appeals to many travelers as it provides an opportunity for knowledge seekers with a true example of the consequences of radiation, and still has that beautiful typical Soviet city. According to Forbes magazine, the cities of Chernobyl along with Pripyat are the most exotic places to stroll.

Ukraine ranked fourth in education worldwide as about 99% of Ukraine's population is literate and can read and write, and 70% have secondary and higher degrees. Vitaly and Vladimir Klitschko, two famous Ukrainian brothers who were former world boxing champions, hold a Ph.D.