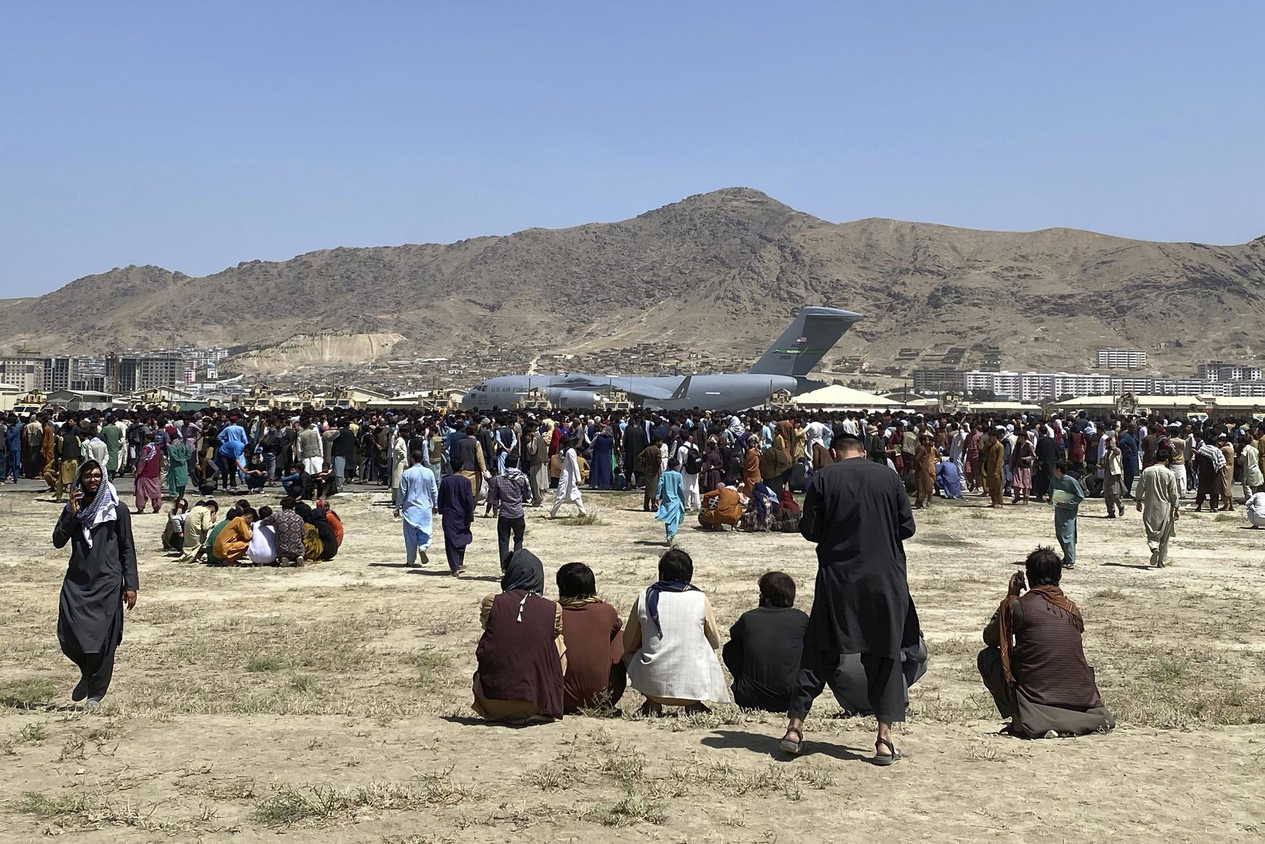 The green-tinged night-vision picture of Major General Chris Donahue, striding towards what was most likely his sortie for a "majestic retreat" off  Afghanistan, will linger in the minds of millions around the globe for some time.

The United States has breathed an official sigh of relief as it concludes its longest war; its adversaries, both old and new, have been unable to contain their joy; the democratic world (including India) has a brow furrowed in uncertainty, and ecstatic Talibs have filled the Kabul night sky with gunshots to celebrate, ironically, complete "freedom."

A new aspect of strong force rivalry between Washington and Beijing may be tested in Afghan theatre, as China is craving Taliban's agreement in exchange for the Chinese recognizing the Taliban and economic assistance for Afghanistan, to keep its border area in the Wakhan corridor clear from Islamic assistance for the dissident Uighurs in Xinjiang. With China's esteem for the Taliban's Mullah Baradar in the Tianjin meeting last month, could the US just decide to make the Chinese attempt where so many others have failed? Russia on the other hand is far more cautious and is trying to assess how the regime will behave, before committing to a formal acknowledgement of the Moscow-banned Taliban. Meanwhile, Pakistan, another Troika Plus member has hailed the change of regime terming it as the end of US "slavery".

Nobody knows how the average Afghan feels. The information that has slipped out of the landlocked country has been unsettling: Indians already had a bad omen when news of the murder of ace Reuters photographer Danish Siddiqui arrived as a great shock on July 16, 2021. Since then, it's been a downward spiral.

The Taliban and their regime's track record has been perhaps the biggest blemish on Afghanistan's record, which is saying a lot for a country that has been in perpetual conflict for nearly half a century. So, what should they expect this time? How should the international community respond to this? What should India be bracing itself for?

The situation in Afghanistan hasn’t brought good news for India, for which the more circumstances move, the more they remain the same. It may be an end to the U.S. war on terror in Afghanistan, but the turmoil that it brings about makes India even more susceptible than before to the potential threat of Pakistan's ISI-Taliban relations.

In the past few weeks, we saw images of Taliban fighters taking over the Salma Dam which had been rebuilt with India's assistance, or posing next to an Afghan National Army Mi-25 helicopter one which New Delhi had earlier gifted to Kabul. However, this is merely the tip of the iceberg. India's massive assistance to Afghanistan from 2001 to 2021 might indeed turn out to be a bad bet.

Some of the projects involving India's assistance in constructing, reconstructing, upgrading, or restoring various types of infrastructure. This also includes a plethora of smaller projects, such as the establishment of schools and basic health clinics, as well as the digging of wells. Much of this work had been completed before the arrival of the Taliban in Kabul, though some had not. The Salma Dam, for example, has been rebuilt, whereas work on the Shahtoot Dam, which will also be financially backed by India, is yet to begin. The Taliban now control the majority of what was built in Afghanistan with India's assistance.

So, does this imply that India's influence in Afghanistan's political climate has dwindled? Mostly, yes, but not entirely. Various forms of Indian aid was not solely humanitarian. They also plopped the groundwork for benevolence in Kabul-New Delhi ties, as well as improved India's clout among numerous factions. The Taliban must have taken notice of this aid, and it would be impossible for them to deny that it has helped Afghan residents. They must have also observed, however, that it was based on a political selection, which was primarily carried out in cooperation with their foes. Of course, this does not signify that the Taliban will demolish all of these items; the majority of them are likely to be used as prior. According to recent reports Taliban claimed the Salma Dam will not be harmed. In rare cases alone, a new "function" of the assets can arise, as may be the case with Kandahar cricket stadium, which is financed by Indian funding and in which the Taliban can return to a notorious history of public executions.

Buildings, on the other hand, do not have political opinions; individuals do. As a result, while the infrastructure and facilities constructed or financed by India will be utilized by the Taliban in many circumstances, numerous Afghans will remember that the aid came from India. This may be irrelevant as long as the Taliban control the Kabul government and the majority of the areas. However, if their reign is toppled in the future, it looks likely that a collection of organizations will take their place, including those with a history of cordial relations with India and who have benefited from New Delhi's assistance.

India's situation is exceptionally challenging for at least three reasons. For starters, Afghanistan is landlocked and is cut off from the shortest route to the sea by Pakistan. The quickest route from India to Afghanistan by air is across territories held by China and Pakistan, both of which are New Delhi's adversaries, and thus have no incentive in assisting any Indian military participation in Afghanistan. Second, the US was collaborating with Pakistan, which wants to restrict Indian hegemony in Afghanistan and opposed enabling India to participate militarily on Afghan soil. Finally, Islamabad funded the Taliban and other factions at the same time. Overall, India's aid to Afghanistan from 2001 to 2021 was an act of doing as much as New Delhi could while being unable to secure the rewards of its labour.

While India waits to see how the Taliban settles down in its second phase of power, and China is ready for the big game with all its might, Delhi has to ask itself should engage with a group it detests for strategic purposes, or if they can try and take decisive action to fill the power vacuum that America leaves behind instead of allowing China (and in turn Pakistan) to do so.

It remains to be seen how India's union government will approach the Afghanistan crisis. It is evident that the path from New Delhi to Kabul is treacherous, and India will need to examine all of its options before proceeding.