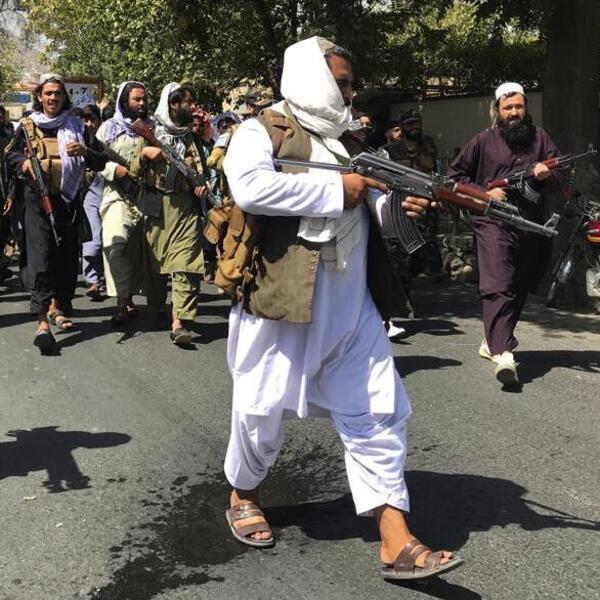 Afghanistan is amidst chaos for almost a month now. The Taliban captured Kabul on August 14th, days after the U.S. started withdrawing its troop as part of an agreement with the militant group. Taliban gained territorial control at an unprecedented speed as the whole world watched in shock. Afghanistan went on without a proper government for multiple weeks but now finally the Taliban has formed an interim government on September 7, to rule the nation, a week after the U.S. completed their retreat.

The Taliban declared Tuesday that Mullah Mohammad Hassan Akhund, the hardliner chairman of the decision-making Rehbari Shura and the man who orchestrated the demolition of the Bamiyan Buddhas in 2001, is also on UNs terror list, will be the next Prime Minister of Afghanistan. Other than that Mulla Baradar will be the first deputy PM, while Salam Hanafi, an Uzbek, will take charge as the second deputy PM. According to Taliban spokesperson Amir Khan Muttaqi, son of Taliban founder Mullah Omar, has been appointed as the acting defence minister.

The interim Taliban government had Pakistani stamp all over it with the inclusion of two Haqqanis in the cabinet, including Sirajuddin Haqqani as Interior Minister, which can be a cause of concern for India. Sirajuddin Haqqani, who is also the son of anti-Soviet warlord Jalaluddin Haqqani who was a founding member of the Haqqani network which unsurprisingly is linked to Pakistan. Sirajuddin is also on the FBI's most-wanted list for terrorism. The US Department of State put up a reward worth $5 million for intel on Sirajuddin Haqqani, branding him a global terrorist. He asked for interrogation about a hotel bombing in Kabul in January 2008 that killed 6 people, including an American citizen. He is suspected to coordinate and participate in cross-border assaults of Afghanistan against US and coalition forces. He was allegedly engaged in Afghanistan President Hamid Karzai's murder attempt in 2008. The same goes for his uncle Khalil Haqqani who has been named acting minister for refugees.

Two other Haqqani clan figures were also appointed as members of the caretaker government, indicating Pakistan's involvement in the Taliban-run administration proclaimed after the chief of Pakistan's ISI visited Afghanistan the previous weekend.

The establishment of the government was deferred twice because the militants were allegedly trying to construct an inclusive cabinet palatable to the international community. The interim government's initial appointees, however, did not include any non-Taliban or non-Haqqani Network players, despite strong demand from the global community. As predicted, there were no women in the administration, and only three non-Pashtuns were named in the government. Just three out of 33. According to the reports from Delhi, at least 20 of the 33 members of the new authority were from the Kandahar-based Taliban sect and the Haqqani Network.

Meanwhile, in Kabul, enraged Afghans including many women took to the streets protesting against the new Taliban government as well as Pakistan. Multiple convoy vehicles of the Taliban approached the protest site to handle the crowd. According to recent media reports, Taliban fighters fired live rounds in the air to disperse the crowd. Dissent certainly doesn’t go down well with the Taliban.

At least three demonstrations were staged in an extraordinary show of resistance against the Taliban, which was notorious for its cruelty, particularly against women, during its previous reign. One of the rallies outside the Pakistan embassy was mostly spearheaded by women. A photo by Reuters shows a Taliban fighter aiming his rifle at an Afghan woman amidst the protest. The picture was tweeted by Tolo news journalist Zahra Rahimi echoes the “Tiananmen Square” moment of 1989.

The United States has raised concerns over the formation of the new government in Afghanistan. However, the U.S. stated that they will judge the Taliban government on their actions. The statement issued by the U.S. department signals a renewal of call on the Taliban to offer safe passage to American citizens as well as Afghans looking to leave. According to the United States, another big concern for the region is China looking to collude with the Taliban. The U.S. president Joe Biden while talking to media stated that he was certain of China looking to arrange with the Taliban and may even out as the primary economic supporter of the militant group.

The USA and its group of seven allies have concurred to coordinate their responses to the Taliban and Washington have blocked Taliban access to the reserves in Afghanistan, a majority of which are possessed by the New York Federal Reserve so that the Taliban can live up to their commitments in respecting the women's rights and international law. Italy, being the current president of the G20 major economies, which includes China and Russia, has been striving to organize a virtual G20 conference on Afghanistan, but no exact date has yet been finalized, implying disagreement within the group.

Taliban promised a whole lot but their newly formed government tells a different story. Observers say the absence of women in the interim government raises questions about the promises made by the Taliban regarding the protection of women and girls’ rights in the country and this could be a sign of the Taliban returning to their nefarious barbaric ways of governing. Afghanistan may have a government now but the uncertainty regarding their decisions and policies still looms large. Meanwhile, Afghan people and the international community hold their breaths to see what this new shift in Afghan politics brings.