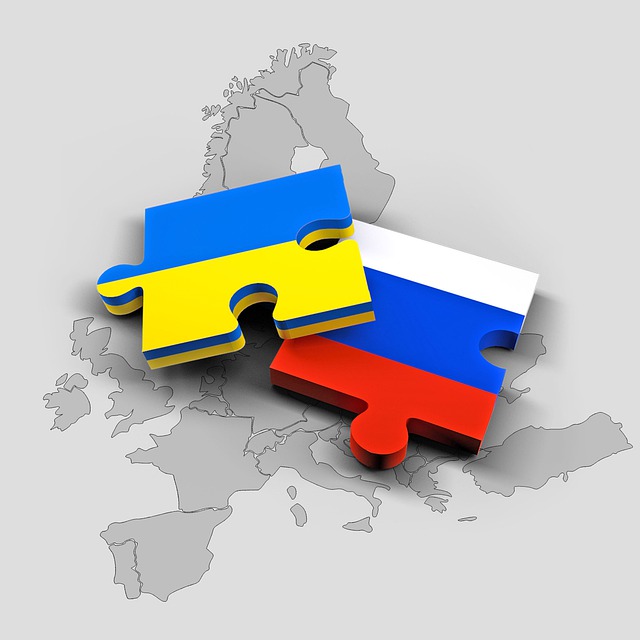 Over the last 25 years, NATO has been creeping closer to Russian borders. NATO - North Atlantic Treaty Organisation is a security alliance between North America and Europe that was established after Second World War. The purpose of NATO is to defend each member against attacks by third parties. Further, Ukraine wanting to join the NATO alliance has led to Russia’s invasion which has impacted the global economy, including disruption of the supply chain. Many countries have imposed sanctions on Russia leading to new economic crises.

Currently, the impact on energy and commodity prices is visible. In 2019-20 India’s exports to Ukraine were USD 463.81 million while imports were USD 2060.79 million. India achieved an increase in export by 18.68% compared to 2018-19. The major exports from India are pharmaceutical products i.e., pharmaceuticals account for the majority, Boiler machinery, mechanical appliances, oil seeds, fruits, coffee, tea, spices, iron and steel while major imports are sunflower oil (more than 90%), organic chemicals, plastics, chemicals etc.

The average Indian household spends two-thirds of its daily income on buying a vegetarian meal. The war has affected India’s cooking oil market due to rising prices of sunflower oil and other cooking items which has made Indians feel the squeeze, this has led to the little amount left to spend on other essential items. Currently, as an alternative India may import sunflower oil from Argentina and Brazil.

On the other hand, Ukraine is among the largest exporters of wheat, sunflower, barley, and maize. Ukraine accounted for 17% of corn exports in the last trading year. Based on researchers India produces similar agricultural products as compared to Ukraine and this has led to a positive impact on India’s agricultural sector thereby potentially increasing the economy. Harvesting these crops with the timely onset of monsoons will revive agricultural demand in the coming months. Export of these products can further lift prices once harvest season is over and will kick start -the growth cycle in the economy.

Semiconductor manufacturing has previously been disrupted due to the pandemic and the conflict between Russia and Ukraine has subsequently impacted its delivery. This has put pressure on many enterprises which include mobile phones, smartphones and other electronic enterprises affecting associated industries.

Coming to Russia, India’s dependence on Russia for defense is the primary reason for its response to the Ukraine crisis. India imports Coal Briquettes, Diamonds, Semi-precious stones and other Sea Vessels. During the last 25 years, exports from Russia to India have gradually increased at an annualized rate of 8.69%. India exported $2.87 Billion to Russia. Russia is one of the largest crude oil producers in the world. Although sanctions may lead to an increase in crude oil prices there shall be negligible impact on India as of now as India imports most of its oil needs from the Middle East due to cheaper transportation owing to geographical positions. The exports to Russia are Packaged Medicaments around $444M, Broadcasting Equipment $235M, and Tea $ 88.3M leading to an increased annualized rate of 4.14% over the last 25 years. However, even though Indian exports to Russia have not been up to mark, there is a scope for increased exports as Russia’s disconnect from other trading partner countries can be filled by India. The deeper the sanctions, the more opportunities will open up for India.

For India, this crisis is not Russia v/s Ukraine but Russia v/s West. Over a period of time, India has improved its relations with US and EU in various sectors. India shares deep strategic ties with these nations. However, Russia has been one of India’s time-tested and reliable partners. Indo-Russian relations have upscaled not only in terms of buyer-seller but also in joint research and development. Russia also supports India on the Kashmir issue in the UN. Thus, at the UNSC meeting, India abstained from voting on the resolution passed by the US. At the same time supporting Ukraine is against India’s moral obligations.

The pandemic showed signs of disappearing and businesses were just about to get back on the field, however, the Russian-Ukraine war has dissatisfied their hopes with unavoidable price inflation and delayed supply chain. The rising geopolitical situation has squeezed supply chains and fuel inflation further affecting the Indian import and export industry, withdrawal of many Foreign Direct Investment, rupee depreciation against the US dollar, and affecting the Indian stock market.

India needs to be more self-reliant especially in the defense and energy sector to maintain strategic autonomy. India has the immense opportunity and potential in supplying various commodities to the world market. Indian exporters need to demonstrate their quality to claim in a globally competitive market. The government can also provide backing by implementing a task force on Agri-export, tie-ups with procurement agencies, shipping, ports and exporters.