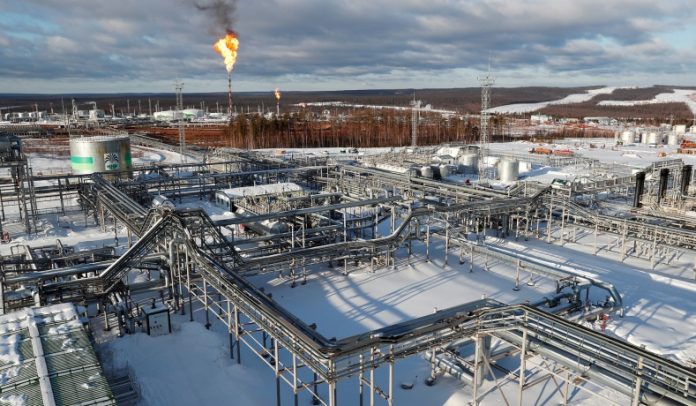 Indian crude oil imports amount to approximately 4.5 million barrels a day. The state-controlled Indian Oil Corp. stroked a deal with the Russian Rosneft Oil Co. on the 17th of March to buy 3 million barrels of oil at a discounted rate of 20%. This deal was executed at a time when the U.S and European Countries are already upset with India for its abstention at UNSC and UNGA on resolutions tabled on the Ukraine War. Despite this, India is finding an alternative to the dollar as a medium-of-exchange in order to facilitate energy and oil imports from Russia along with Indian exports to Russia. Why is this the case?

Why is India still dealing with Russia?

India has witnessed that energy from an alternative source has always come at a larger cost, as was the case with Iran. The hike in prices of energy sources after the war crisis has added to the concerns of developing nations such as India. Ergo, the officials who wish to remain anonymous said, “India’s legitimate energy transactions should not be politicized.” Although, India is open for all producers across the world in order to swap its Russian imports with them. But until then India is willing to engage in a large-scale deal with Russian oil corporations to meet its energy requirements.

Why is the Rupee-Rouble deal in talks?

The U.S, U.K, and EU have blocked 7 Russian banks from accessing the Society for Worldwide Interbank Financial Telecommunication (SWIFT). This led countries dependent on imports from Russia to find an alternate payment mechanism to facilitate bilateral trade. The Indian alternative could be either barter exchange or the Rupee- Rouble transaction. The latter will facilitate payments to Russian exporters in Rouble and Indian Exporters in Rupees. India has already attempted a similar form of transaction (Rupee-Rial) with Iran when the West imposed sanctions on the country in 2012.

How India suffered once again under western influence:

The US noted on the earlier transaction between Russia and India that India won’t violate sanctions while deciding to buy discounted crude oil from Russia, “but also think about where you want to stand when history books are written at this moment in time. Support for the Russian leadership is support for an invasion that obviously is having a devastating impact”. Clearly, if this one-time, non-government deal leads to more, a warning lays from the West that India’s stand on this atrocious crisis will be questioned.

Yet again, India stands at a crossroad to prove itself, when the west is the one who (every time) turns a cold shoulder to India. The US and West may take immense pride in imposing heavy sanctions on Russia, but they have clearly neglected their effects on developing nations such as India. The cut-off of various Russian Banks from the SWIFT system of financial messaging has highly impacted India’s ability to pay for fertilizers and oil imports from Russia, thus it is obvious that India may look for a way out through a different payment mechanism such as the Rupee and Rouble exchange.

However, India isn’t the only country dependent on Russia for its energy requirements. In fact, India’s share in Russian exports of crude oil and energy is below marginal levels. Almost 75% of total Natural Gas Exports from Russia are made to the members of OECD (Organisation for Economic Cooperation and Development) of the European Union including major nations such as Germany, France, and Italy. Therefore, it has been found that these western sanctions on Russia have “carve-outs” to avoid impacts on energy imports from Russia. The Russian banks which are the main source of payment s for EU’s energy imports from Russia have not been excluded from SWIFT.

Even after being more economically viable than any developing nation such as India, these countries continue to trade with Russia. Criticizing India (at this point) by the hypercritical west is their most diplomatic strike to achieve superiority. India has witnessed such efforts at least twice before post-Independence (1991 and 2012). Even in the case of Iran, the US convinced India for over a year to suspend trade from Iran, and when India did, a new conflict came up with Russia which led the US to ignore Iran (who was once the center of their world).

“Countries with oil self-sufficiency or those importing themselves from Russia cannot credibly advocate restrictive trading”, noted a senior official from India. The West needs to realize that their unilateral decisions have huge impacts on nations such as India. It is in speculation that these sanctions will unite Russia and China (due to China’s age-old obsession with sympathizing with the aggressor) and partly because China is already looking for ways to help Russia. India is now experienced- enough to know that when the time of the face-off comes, the West will conveniently throw her under the bus and wave by the roadside. Thus, India needs to be self-sufficient and economically viable to defend itself if the time comes.