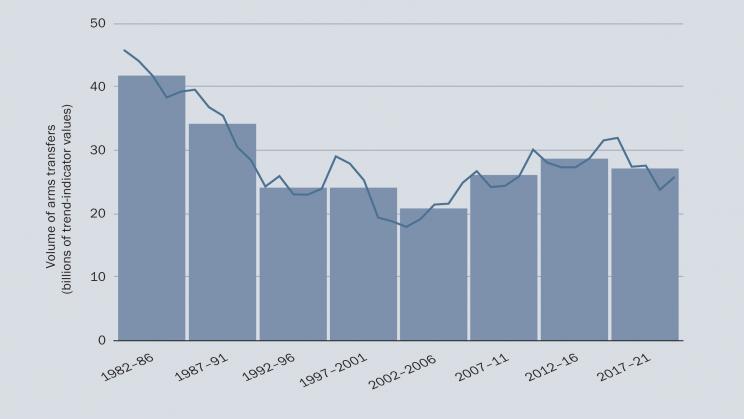 According to a report released by SIPRI, a Stockholm-based think tank, Russia’s share of arms imports to India fell drastically from 69% in 2012-17 to 46% in 2017-21. Although, during this period India’s arms imports are all in all decreased by 21%. Despite this fact, India remains the world’s largest importer of major arms accounting for about 11% of total arms imports in the world.

Russia has been the largest supplier of major arms to India for a long time, but the situation is now changed as a larger number of Russian arm programs are being shut down.

Though Russia is an arsonist disguising itself as a firefighter, the crippling effects of the war on her economy are evident. History is the bystander of the fact that the instigator of war never remains untouched by the destruction it causes. Since, Russia invaded Ukraine and started a war between the two countries, the USA and several other European nations have laid huge economic sanctions on Russia. These sanctions may not restrain Putin from instigating mass destruction but are successful in damaging the Russian economy. President Biden stated that Putin’s war in Ukraine will leave Russia weaker when the whole world emerges stronger.

Even the global exports of arms from Russia fell by 26%. And this drop is majorly due to the decrease in Russian arms import to India and Vietnam. Several Russian arms deliveries to India such as eight air defense systems and one nuclear-powered submarine is still pending. These obvious delays due to the war propaganda of Putin have had a devastating effect on the Russian economy.

The global share of Russian arms exports decreased from 24% between 2012-16 to 19% in 2017-21, irrespective of the fact that there has been an increase in arms exports to China and Egypt.

India’s imports from France have increased more than tenfold, which made France the second largest supplier of arms in India.

India has long been aiming to diversify its imports of arms as dependence on a single country isn’t feasible for a long-term policy. It is perilous in itself to depend on imports, and during periods of war, such imports are not reliable. And, because of the growing tensions with China and Pakistan, India aims to increase its imports of arms as domestic production is relatively low.