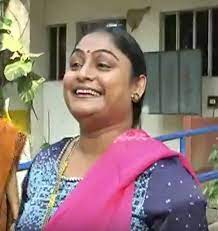 The Delhi Sports University had on the 23rd of July selected Sydney Olympics Bronze Medallist Karnam Malleswari as its 1st Vice-Chancellor. Karnam Malleswari became the 1st Indian Woman to win a medal in Olympics in Weightlifting in the 2000 Sydney Olympics. In Recent Developments, This varsity is expected to start admitting students from Class 6 onwards from April 2022 as it looks forward to beginning its academic session.

The Bill for the establishment of the University was passed in 2019 with the Government reporting the intention of developing a world-class sports university was not to generate jobs but to provide a space for individuals to build and nurture their athletic talent. The DSU is said to be a prime sports varsity, paramount in developing and fostering a culture rich in building the acumen in sports, and will aim to provide top-notch infrastructure and other class facilities in addition to best coaching.

It was also decided that the students upon graduation will receive a degree that would be equivalent to a degree in Mainstream Courses. The University is said to offer graduation, post-graduation, and doctorate degrees in cricket, football, hockey, and other sports. The university has said that it would take upon students from Class 6 onwards and the decision would be based on several factors including based on their interests and various physical assessments.

Speaking of the decision to start with the school wing, The VC remarked that the focus should be on starting to visit schools once they reopen and conduct a necessary talent hunt to identify those students that are interested in a chance. Because many students are keen to take up sports but can’t due to any proper infrastructure, she also hinted at the notion that there would be a need to identify students and match their athletic skills to the sports they are apt for. Processing Further on this, the existing infrastructure and coaches could begin to sift through the students to identify their athletic acumen.

The main strategy would be to use the approach of going to schools, to children and players, and thus identifying their interest and passion. The University officials have also reported that they are currently approaching various stakeholders, including former sportspersons and athletes currently involved working in sports, to develop an ideal framework and most importantly a robust curriculum. There is also a need that the curriculum developed a focus on both the educational and the training aspects of the students. The University Administration is also negotiating and having several consultations with the various stakeholders to decide on what would be the perfect approach.

Right Now, The Decision has been taken that 70% of the curriculum will focus on sports and the remaining 30 on academics. In Recent Developments, the university has appointed administrative officials and is operating from the Thyagaraj Sports Complex located in New Delhi. The Bill passed by the Delhi Government had given the order to set up the university in Mundka in 2019. Due to the delay in construction of the varsity campus in Mundka, the Sports University would commence all the operations from a government school building and sports complex in Civil Lines, New Delhi.