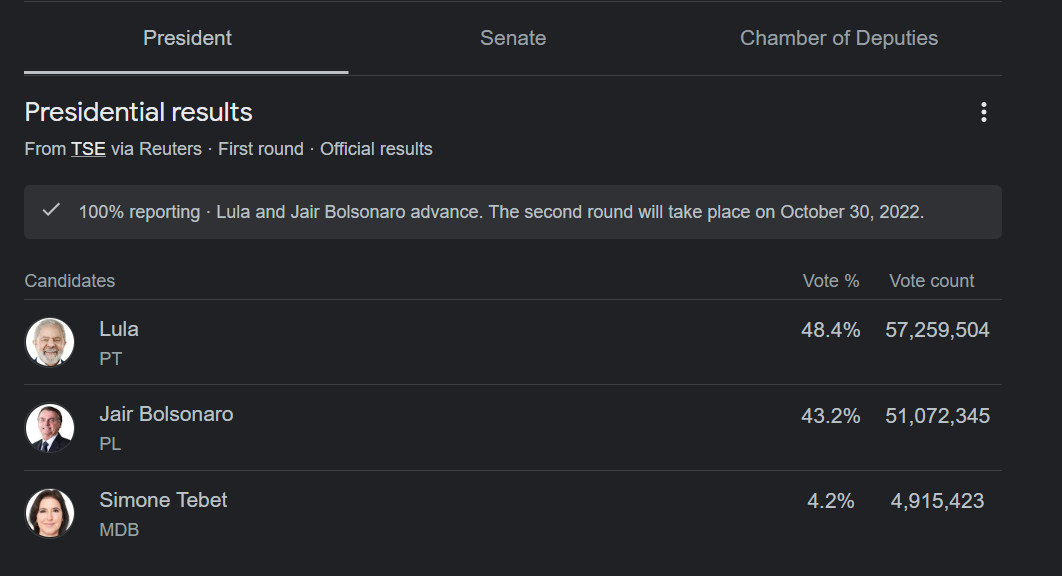 After the results of Brazil’s recent election, which will have a second round on October 30, it can be said that the world’s political leanings are increasingly shifting towards the right.

Former Swedish Prime Minister Magdalena Andersson, previously the leader of the Social Democrats, resigned from her position on Wednesday, September 14. It is now expected that Ulf Kristersson – head of the Moderate party and part of the right-wing coalition - will become the new PM.

The Sweden Democrats were founded in 1988 by various members of the far-right milieu, including white supremacists and some members of neo-Nazi movements. Despite these origins, the party has tried to detach itself from Nazi ideologies, even publicly denouncing Nazism around the mid-1990s.

Yet, because of this political stigma, they are unlikely to be in a position of political power on a formal basis. This is why Ulf Kristersson and the Moderate party are required for their coalition. Nonetheless, the Sweden Democrats are the most vital member of the alliance regarding votes.

Regarding the policies the party intends to enforce, their primary aim is to have zero asylum seekers in Sweden. The party possesses a rather anti-immigrant and nationalist ideology, planning to prolong prison sentences and widen the use of deportation. The party also maintains a Eurosceptic stance and generally right-wing economic policy.

Meanwhile, Italy’s elections were held on September 25, 2022. During these elections, only 64% of the electorate turned out to vote, the lowest rate in the history of the Italian Republic. Moreover, 4.5% of the total votes cast were not valid.

The elections resulted in victory for the right-wing coalition - composed of Lega Nord, Forza Italia, and Fratelli d’Italia - who won 44% of the votes. The team is led by Giorgia Meloni, president of Fratelli d’Italia, who is to become the first female prime minister in Italian history. Her party obtained 26% of the votes, making it the strongest party in the coalition.

The Fratelli d’Italia party was founded on December 21, 2012, and has been led by Giorgia Meloni since 2014. It is a conservative, nationalist, traditionalist, and sovereigntist party. The party’s symbol is the tricolor (green, white, and red) flame, a symbol historically used by the Neofascist party Movimento Sociale Italiano.

Like many other right-wing parties in Europe, the party holds a Eurosceptic position. Regarding immigration, Fratelli d’Italia intends to strengthen immigration laws and not move forward with applying the Ius Solis law. This law, mainly pushed by the center and left-wing parties, intends to facilitate obtaining citizenship for people born in Italy. Currently, the principal citizenship law in Italy is the Ius Sanguinis, which provides citizenship to all children born to Italian parents. The Ius Scholae law means that children born on Italian soil but with immigrant parents will not become Italian citizens until they attend 18 uninterrupted years of school in Italy.

As for women’s rights, Giorgia Meloni has declared she does not intend to modify law 194, which guarantees the right to abortion. Many electors were concerned she would decide to revoke the law since the party and Meloni herself are Christians. The same cannot be said for LGBTQ+ rights, as the party has declared they do not plan on moving forward with the approbation of the DDL ZAN law, which would support the rights of the LGBTQ+ community.

Now, after the results of the Brazilian elections held on October 2, 2022, it seems that Brazil may be joining Europe in its move toward the political right.

Under Brazilian law, a president must uphold more than 50% of the ballots to win, which means that Brazil will be voting for a second time on October 30, 2022.

Bolsonaro has strong support from ex-ministers and other candidates who have already been elected to Congress. In addition, polls have shown that the wealthier South-Eastern parts of Brazil favor Bolsonaro. In contrast, Lula performs better in the poorer, North-Eastern functions of the country.

The current President has centered his campaign on moral values such as God, the Nation, and the Family. Also, he has attacked Lula, defining him as a thief and ex-convict due to his time in prison.

Opinions are heavily divided, and the electoral results are difficult to predict, but it certainly appears that right-wing parties are becoming more assertive. If Bolsonaro wins the elections, Brazil will follow Europe’s pattern, as exemplified by Italy and Sweden’s new governments - as well as the popularity of France’s National Rally party and Spain's Vox party.

It seems that the world’s politics is shifting towards the right as more and more countries elect right-wing politicians. What this will mean for the world’s international political system is unclear, but immigration policies will inevitably become more strict in countries ruled by the right. Right-wing governments could halt the feminist movement, as many right-wing politicians favor policies that undermine women’s rights. Minorities’ and LGBTQ+ rights could also be affected.

The rise of the right preludes a change in the international political scene that will lead to a return of more conservative and traditional social and economic policies. We may see a return to old, outdated values and erode some fundamental rights.