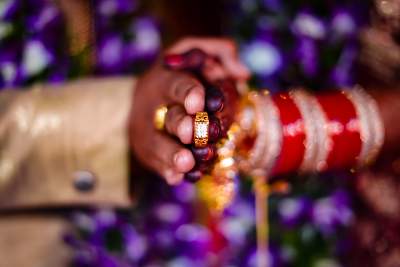 The issue of marital rape has once again come under the limelight. While women’s rights activists are voicing support for the criminalization of the act, men’s rights advocates are voicing opinions against it. This article aims to bring to the reader various facets of the issue, apprehensions, and contentions of both sides.

What is Marital Rape?

Marital Rape in common parlance is understood as sexual intercourse between a married couple against the will or without consent of any one of them. However, no law or statute in India defines the term. Women’s rights activists assert that marital rape is as derogatory and ill dignifying as any other crime against women like rape or domestic violence.

While IPC Section 375 defines rape in quite broad terms, it also enlists an exception that “sexual intercourse or sexual acts by a man with his own wife, the wife not being under fifteen years of age, is not rape”.

The Supreme Court in the Independent Thought v/s Union of India on October 2017 read down the exception, which now reads that sexual intercourse by a man with his own wife, the wife not being less than eighteen years of age, is not rape. The court however clarified simultaneously that it has refrained from expressing any views against marital rape in general.

However Indian laws have identified marital rape as a crime of cruelty. It is thus a valid ground for divorce, under IPC Section 498A.

Some women’s rights activists are still perplexed by the exception and see it as going against Articles 14 and 21 of the Indian Constitution.

Opinion: Until Dowry, Death Do Us Apart

Why is marital rape in the news again?

A series of petitions both in favour of and against criminalizing marital rape and removing exception 2 of section 375 made before the Delhi High Court has brought the issue of marital rape again to the forefront.

The recent petition filed by NGOs namely, RIT Foundation, All India Democratic Women’s Association, among others, seeks to end the exception granted to husbands under IPC Section 375.

A counter-petition opposing the demand has been filed by men’s rights activists.

To criminalize or not? Arguments from both sides

Back in 2016 while answering a question of removal of the said exception in Rajya Sabha, then Minister of State for Home Affairs Haribhai Parthibhai Chaudhary cited poverty, illiteracy, social customs, and protection of the institution of marriage, as reasons to continue with the exception.

In the recent case as well, the government cited the 172nd report of the Law Commission of India, 2000, that criminalization of marital rape will “amount to excessive interference” in the marital relationship.

On the contrary, others point out that marital rape itself has the potential to negatively impact the sacred institution of marriage.

Speaking against the exception, amicus curiae Rajshekhar Rao referred to the Supreme Court judgment on Right to Privacy to highlight that spatial control included in privacy denotes “creation of private spaces” and decision autonomy. He further highlighted that a wife’s consent is an important consideration.

On the flip side, the advocate representing the government highlighted that exception to IPC 375 does not affect the wife’s power to say no. She highlighted the woman’s capability to lodge a case under IPC 498A and the remedy of divorce.

However, the question is that the type of relationship cannot “put it on a different pedestal”. Rao highlights that the distinction is an attack on a woman’s dignity.

This argument is in line with the recommendation made by Justice J.S Verma Committee, set up to propose amendments in criminal laws in 2012. The committee proposed in favor of removing the exception for marital rape.

However, there are some legitimate concerns against this. A 2017 affidavit of the Government underlines a major question. While highlighting that there is a lack of “lasting evidence” about sexual acts between a married couple, it questions the nature of evidence a court will rely on to decide on the occurrence of marital rape.

Some highlight that difficulty to prove should not stand in way of criminalization. CEO of the International Foundation for Crime Prevention and Victim Care, Dr, Prasanna Gettu, highlights that most rape cases depend only on circumstantial evidence. He further asserts that marital rape cases generally have a history of abuses, which can come in handy in proving the crime.

However, the extent to which the previous history can be used to prove a present case requires deliberation.

Indian courts to date are divided on the issue.

The argument that the central government presented is that the criminalization of marital rape might disbalance the institution of marriage.

Opinions expressed on social media too are divided. One section is underlining the chances of increased harassment of husbands to make them submit to the demands of wives. Others also raise concerns about the law being misused by unscrupulous wives and chances of false allegations.

Delhi Commission for Women’s 2014 report highlights that 53% of rapes reported in the city in 2013 were ‘false’. Such false allegations have the potential to degrade the honour of the accused and make the process of proving credibility by real victims difficult.

Supporters on the other hand assert that problems of evidence and false allegations should not impede the criminalization of marital rape. They highlight, that marriage is a union of equals and there should be no discrimination there.

Rape in IPC is essentially defined as a crime against women alone. Voices have come up that highlight the issue of the rape of men and husbands.

The case still is undecided and inconclusive. The government has taken a ‘constructive approach’ and is holding detailed deliberation with all stakeholders. The outcome still is unknown and a matter of wait.