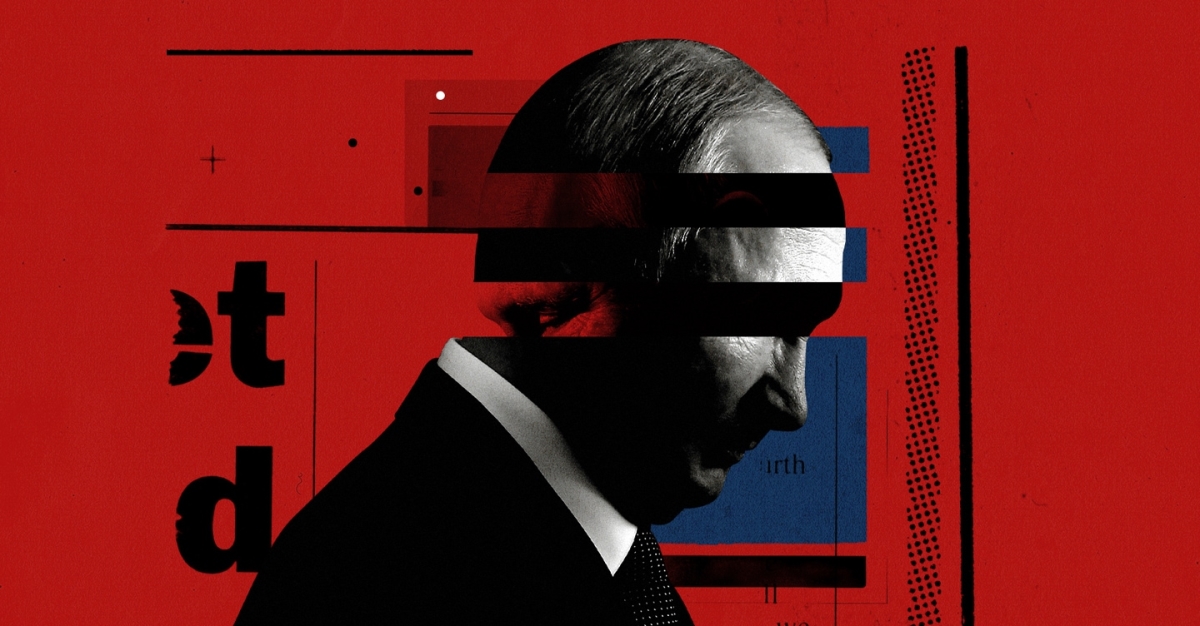 Since the start of the Russian military aggression against Ukraine, NATO has been cited several times among the co-responsible for the crisis in Eastern Europe, which has practically included all the countries of the area plus the three within the borders of the Atlantic Alliance. Baltic republics, formerly part of the Soviet Union from 1940 to 1991.

Indicating the responsibilities of NATO does not mean, as often happens automatically in the Italian public debate, being a fanatic follower of Putinian propaganda, but what is missing in this type of discussion is to understand what image there has been of the Atlantic Pact in the twenty years and more to the Kremlin than the Russian leader, how it has changed and what effects it has had in leading to today's tragic choices.

Already in his February 21 speech, when he recognized the independence and sovereignty of the separatist republics of Donetsk and Luhansk, Vladimir Putin referred not only to the rhetoric of Russian nationalism on Ukrainian identity but also dwelt in a passage on attempts by part of Moscow to achieve greater political and military integration with Western countries.

According to the president, in 2000, in a meeting with Bill Clinton, then about to leave the White House, there was a hint of a possible accession of Russia to NATO, an eventuality left to fall on deaf ears and with skepticism by the US leader.

Only in the previous year, during the war against Serbia, had there been strong complaints from the Russian side, culminating in the episode of the reversal over the Atlantic Ocean of the flight of Evgeny Primakov, then prime minister, in protest of the bombing of Belgrade, and the arrival of a Russian contingent in Pristina at the same time as the military of the Atlantic Alliance.

In Putin's reconstruction, the meeting in 2000 can be interpreted as an attempt to mend an initial tear in relations between Moscow and the West. Actually in 2001, after 9/11, Russia supported US operations in Afghanistan, drawing a parallel between them and the bloody conflict in Chechnya.

The war against the Taliban and Al Qaeda was seen as part of a so-called civilian world effort against radical Islamism, in which Russian soldiers in the Caucasus were also part, and the civilian casualties of the attacks by Bin Laden's men saw a tragic correspondence in the dead and wounded in the terrorist acts that hit Moscow and other places in the country.

In fact, up until 2010, the explosions marked life in the Russian capital, and tragedies such as the kidnapping of hundreds of people at the Dubrovka theater during a performance and the assault on the Beslan school in North Ossetia traumatized society.

Gleb Pavlovsky, a key figure in the presidential administration of the time, summed up the positions of the Kremlin at that time in a very effective sentence, arguing that for the Russians having American bases in Central Asia was better than finding the Taliban in Kazan, the capital of the Republic of Tatarstan, just over 800 km from Moscow.

Moscow was alarmed by the entry in 2004 of Estonia, Latvia, Lithuania, countries bordering Russia, Bulgaria, Romania, Slovakia, and Slovenia, already belonging (except Slovenia) to Warsaw Pact.

The other crucial event is represented by the brief Russo-Georgian war of August 2008, where the reaction of the international community turned out to be somewhat moderate, probably in order not to extend the conflict further.

In light of the events of that summer, in an article published in OpenDemocracy on September 23, 2008, US historian Aviel Roshwald warned Washington and the allies about how further moves could arouse suspicion and misunderstanding on the Russian side, providing a synthetic reconstruction of the Moscow's feeling of being faced with an alliance essentially directed against it. In this sense, the countries of Eastern Europe play a role, since the end of the Warsaw Pact have sought a western shore.

NATO has become increasingly present in the rhetoric and concerns of the Russian establishment since the end of 2013, with protests in Ukraine resulting in the affirmation of EuroMaidan.

The annexation of Crimea in March 2014, justified by Moscow both for strategic reasons of control of the Black Sea and the fear of seeing US bases or the Atlantic Pact on the peninsula, interrupts the military collaboration between the Western bloc and Russia.

It is at this moment that the phase of the permanent denunciation of NATO's aims by the Kremlin begins, in a climate of general tension that also extends to the population: according to a joint 2016 study by the Levada Center and the Chicago Council on Global Affairs, 68% of the survey participants said they were concerned about the presence of Atlantic Pact troops in Poland and the Baltic republics, and 64% feared the possible entry of Ukraine into the alliance.

The interruption of military contacts, however, was not accompanied by the suspension of diplomatic relations, on the contrary: on January 12 of this year, the NATO-Russia Council met in Brussels to discuss security in Europe and Ukraine. An important summit, which followed the requests for guarantees presented by Moscow last autumn to the United States and the Atlantic Alliance, and the still previous round of expulsions of diplomatic personnel on both sides, culminated with the closure of the Russian representation at the headquarters in Brussels and the order to leave the NATO office in Moscow.

If the discussion on what kind of foreign and military policy in Eastern Europe appears legitimate and useful for understanding the underlying trends and motivations for the enlargements of the alliance, it is necessary to bear in mind that the use of NATO enlargement is an of the constituent parts of the narrative currently proposed by the Kremlin within Russia.

What makes us think is also the timing in noting the danger of the accession of Eastern countries to the Atlantic Pact, which took place seventeen years after 2004, and the denunciation of relations between NATO and Ukraine, whose joint commission has been active since 1997 and whose work intensified in 2014, appears at least late, as well as the intervention against it.

The theme of aggression is a fundamental element in building the necessary rhetoric, which has always been present in every nationalistic reading, of the external threat, capable of closing ranks, mobilizing supporters, and silencing the doubters. The Ukrainian context is the best one because if there have been constant requests from Kyiv to join NATO, this has made it possible to find elements capable of constructing the theme of the Atlantic threat on Russia's doorstep.