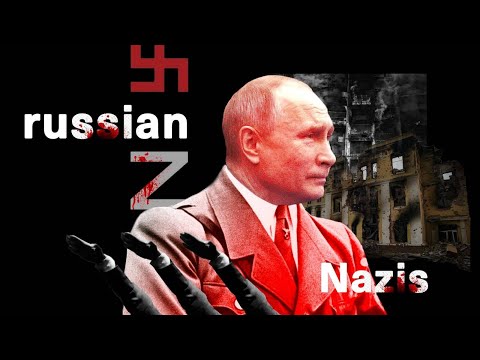 After introducing financial and economic sanctions against Russia, the leading international rating agencies catastrophically reduced or even stopped setting investment attractiveness and reliability ratings for the Russian economy. Those sanctions mean no investment in the future. Almost completely. Financial flows will stop, and they will cease to play their renewing function for an economy, particularly one that is suffering from external conflicts. As economists say in this case, the pie will stop growing. In such conditions, the total sum of all potential wealth and resources will remain the same or continue to fall. Only having access to already existing sources of enrichment Russians could earn. No new investments or opportunities would be available. What to do when the pie is distributed?

Why the Russian version of survival during sanctions will not work, we can constructively look at using the theoretical methods of system analysis and its categorical apparatus.

Using the idea of such objects as systems and the elements operating within them, the existence and operation of democratic and authoritarian societies are modeled. If we imagine connections in the democratic systems (DS) and authoritarian systems (AS), then we can possibly identify several salient features. In decentralized countries, all elements are the carriers of the system attributes. The centralized systems, which have centers, operate in opposition to one another. Such an item arranges itself around this core, which serves as a source of authority.

Centralized systems are homogenous by their elements; each one consists of the same components. On the other hand, decentralized systems are heterogeneous societies that do not accept diversity in the later stages of their existence. For them, liberalism is an unacceptable form of organizing society from within. However, DS is homogeneous by its inner attributes. For instance, when one of the existing centers can not carry out its activities, it does not mean that the whole system will be destroyed. All the rest of the centers will continue their activities just like before. For the AS, internal attributes are heterogeneous, which means they are diverse. Here, the center impacts all the elements in different or all directions. Once one of the AS channels weakens or disappears, it will not lead to the disintegration of the whole system.

In the AS when the center action is blocked, it may lead to total system demolition. Such ways of organizing society have a chain character. A linked element only transfers its properties to the element that comes after it. The accountability in the AS is an example of this. Building order, such as forms of organization, may gain chaos. When a chain system has only one-way communication, it is almost impossible to check how effective the execution of orders in the system is. The execution is the same as the quality of received feedback. The scenario occurs when, at the administrative levels of management, each subordinate answers exclusively to the superior. They then use symbolic means of regulating and fixating the acts in such AS.

For example, general meetings and congresses of deputies are of external, declarative nature, always making unanimous decisions. Also, the supreme ruler in the AS has such archaic features as seeing everything, skilled in everything, foretelling everything, planning everything, or controlling everything. If such a system faces a task that it can not perform due to its centrality, then such a result is officially declared to be the desired result. Any result will be acceptable as long as it does not cast doubt on the essence of the AS, which, for obvious reasons, can not solve the task assigned to it. Although the external conditions of the AS have changed throughout time, forms of the socio-political organization still tend to mythologize and act based on their prior "good" experience.

Decentralized systems are more efficient than centralized ones. The process of development is faster within the system. These systems are protocols for checking the functionality of the feedback. The system efficiency can be calculated by the degree of optimization of the existing events or by the possibility of creating an efficient new stream. These characteristics are qualitative. We need a different scale to measure them, and we can not use a quantitative one.

The opposite impact of an action is accelerated by flow optimization, which lacks algorithms. The possibility of saying that creating something new is more efficient in terms of external factors is difficult. Determining whether this "something" is successful is difficult because it does not exist. Examining how already-existing pieces interact is more practical. Here, we are not talking about an experiment with brand-new input data and an unknowable output result, but rather about an experiment with potentially tiny input data changes that virtually invariably provide the anticipated outcome. The new reality requires its verification by time and facts based on feedback and the influence of unknown circumstances. AS does not work that way.

These contradictions between DS and AS can explain some characteristic patterns of how one of the modern authoritarian states (a classic example of authoritarianism), Russia, defines its role and functions in this modern world.

Kremlin and the Modern World

The Kremlin deliberately demonized the global and interconnected world of the 21st century. The Russian Federation sees its mission, sanctified by its church and “confirmed” by Russian history, in cleansing the world and taking it out of the confusion. For that, it is necessary to exorcise the “dollar demon” that has taken root in Western countries and in everyone whom these countries help. The modern world exists as a united financial-economical space, and investments have an opportunity behind every corner. They have a special sense in the states aspiring to become full-fledged players in the modern global market. Services and investment potential are the goals of any economy in the 21st century. Mass production of things has little bearing on how quickly a nation develops. Single-commodity nations have experienced this impact for a long time. However, this does not hold true for legitimate Russian authorities.

Globalization is not only about more money in the budget. Globalization is about openness to the world, including different world views. Russia decided to destroy all the globalization tendencies that existed within the country. They will crush them using specific sanctions, restrictions, and forced refusal to import. Russia claims that its objective is accomplished by the employment of weapons, aggression, and economic isolation from the rest of the world. Although the global world respects the national priorities of each person in the world, this is not the priority. Here it is significant to balance the requirements of national interests in protecting someone's identity with integration into global financial flows. The most advanced countries in the world show it is possible.

However, this task is not a priority for the Kremlin. Their mission is impossible in the global world. Instead of cooperation with other countries, this mission implies disrupting other human lives with suffering for the mission's sake. The laws of thermodynamics start to work: if there is an increase somewhere, there must be an equivalent decrease somewhere else. Meaning, that the bribery of foreign politicians and the conduct of military companies abroad occur at the expense of the Russian population and deprivation of its elementary economic benefits. Russia as a state has a sacred character and is sanctified by the whole history of suffering. Russian failure means the end of history. The loss in the fight for Good against collective Western Evil is the missionary objective of the Kremlin's official power.

The country's economic position is only made worse by the transfer of already-existing goods. Given that official propaganda believes the economy is under control. The following conclusion is that Russians do not need to wait for a positive change. The pie was distributed among people loyal to the regime, and no one will be allowed to change the current state of affairs. In a zero-sum economy, only one option is possible, to take something away from someone. In this case, the law of conservation of energy will turn out to be an economic curse for the future of all Russians without exception. In order to get something, you need to take it from someone. The government realizes the evident moral wrongness of their economic experiments, and the only choice left is for the economy to survive after they have spent all of their final savings.