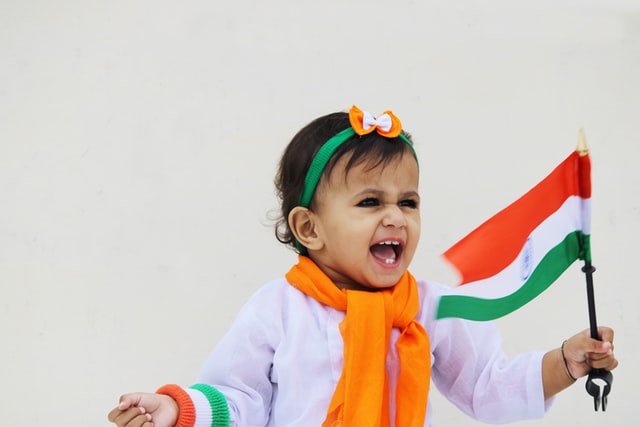 I recently came across an article titled Nationalism: an epidemic? By Divyangna Vaishya, discussing the unconventional side of nationalism. One of the ramifications of its negative channelization is separatist terrorism. News, of violent groups demanding freedom, is a regular occurrence in geopolitics. "Nationalism has various forms, it can develop into conservatism, socialism or even terrorism in the way it is pursued." So, what is the basic sense of separatism and the common logic which rarely sees daylight?

hereby grant thee the status of a country

Nationalism in layman denotes a sense of belonging to a country and loyalty towards it. This creates an identity and reinforces itself in the person's ideology, but these are often overlapping. Beginning from an ascending order, one supports his college/office daily, then his city or state in table discussions. Once every four years, even the laziest people develop ostentatious patriotism and cheer for their country. It won't be utopian to assume, given the Avengers, that in case of an alien invasion, all mankind, will be united for planet Earth. So the perception of belonging has various degrees, the widely used one being nationality.

So what does it take to make a country? Pragmatically it takes the simultaneous agreement of five nations - the US, Russia, France, China, and Britain. A flag does not mean a country, for instance, Kashmir had a separate flag, which was banned when Article 370 was scrapped. Sheldon from The Big Bang Theory had designed a house flag, but that does not make him the Prime Minister or President. To qualify, as a country, there are four requirements according to the 1933 Montevideo Convention.

Permanent Population - This criterion is fulfilled by most areas awaiting recognition. Though, rhetorical, it is necessary to ensure that the place is not just a traveling lounge.

Well-defined territory - This one is a no-brainer, to prevent future (predictable) border clashes.

Government - Anarchy can be contagious, so every country needs a functioning government. There is no specification of the type of government, it may also be a monarchy.

Capacity to maintain relations with other countries - So far, the three conditions are fulfilled by almost every territory, the check is put by the fourth condition. The ability to conduct foreign relations implies a seat in the United Nations. The Security Council decides this and if any of the permanent members of the UN may veto it. Hence, the mercy of the big five (US, Russia, France, China, and Britain) forms a new country on paper.

Internal problems are a dime a dozen in any country of the world, some discuss it actively on armchair detective channels like India while others like China cork it up. When and why, does the situation turn so grave that citizens begin demanding a new country? There can be several motivations which can be classified into three categories:

Cultural difference - A particular section may feel that its religion, ethnicity, or tradition, is compromised by the majority, and so they desire a new nation for their protection. Just like the Khalistani movement of Punjab, which gained momentum with the Blue Star Operation. This is also the reason for the Armenian - Azerbaijan conflict.

Economic reason - The center may have unequal distribution or intake of facilities. The poor might feel that the rich people form the government and control it, while the business class, may feel that their money is wasted. The famous Catalonia separatist movement in Spain is an example of this. The majority of the business of Spain is in Catalonia, and citizens of the place feel that the government is unnecessarily harsh in taxation. This revolved around Milton Friedman's philosophy that "We have a system that increasingly taxes work and subsidizes nonwork."

Injustice - The most common reason for demanding a separate nation is an injustice done to a particular community. The Israeli occupation of Palestine is seen as an injustice by the Palestinians, and so they claim that their reason for a new state is injustice. Israeli arguments are also strong with the rightful occupation of the area in the Arab War and the glaring terrorism in the Gaza strip. In such cases, international diplomacy to plays a crucial role.

This leads to questioning whether any of these separatist movements do any good to the people demanding them except for the ephemeral sense of victory.

The latest country, as per the United Nations, is South Sudan. It's gaining a place on the list in 2011. The separatists gained their coveted 'independence,' but until 2015, the country bathed in blood in a Civil War. Even today, there is hyperinflation, famine, and extreme violence, in one of the most underdeveloped countries in the world. Eritrea broke from Ethiopia in 1991 has a similar story. At the time, of the new government's inception, civil war followed, which wiped out more than 10% of the population. The separatists of Africa often bear slogans of development by more jobs, but such a 'Thanos-like' means of achieving the same is questionable. Kosovo, a country in Eastern Europe formed in 2008, is a comparative success, its parent country is Serbia. Kosovo's ethnocentrism was hate-based, and as expected, it could not sustain itself for long.

Timor Leste and Bangladesh are the only successful examples of separatism. Timor Leste was separated from Indonesia in 2002 and is now a democracy. Bangladesh was created in 1971 and was earlier known as East Pakistan, it is also a flourishing country. Experts say that the secret of their success is external support, especially from the parent country. Indonesia did not make efforts to hinder the development of Timor Leste. And India aided Bangladesh both politically and financially. Newly formed nations have a fragile economy, and hence sustaining them is a challenge. Separatist fervor is of the dynamic variety, it can shed blood, but it cannot govern vulnerable masses. There is also a middle way that satisfies the separatists without a clean break. Greenland is a part of Denmark, and a few decades, back it wanted independence.

In 1979, Denmark gave Greenland its autonomy but retained several critical areas like foreign affairs, currency, and defense. In 2009 the official language of the Island changed, from Danish to Greenlandic. When a referendum, was taken, a whopping three-fourths of the population agreed that they need a separate country. Later, they realized that their overall life quality, may decrease, as about two-thirds of their budget comes from Denmark. After this, the separatism movement died as almost everyone voted in favor of the United Danish Kingdom. This effectively proves that people everywhere have similar needs, they like bold patriotic speeches, but in practice, they are self-serving. Unless and until something is wrong, the average person prefers comfort.

"I destroy my enemies by making them my friends." - Abraham Lincoln.

The decision of separatism should begin at the microscopic level and not the prevalent macroscopic one. The first consideration should be the effect on the ordinary man, whether they are facilitated and can continue with their lifestyle and job. Evidence shouts that separatism leads to civil wars, violence, and an economic crash. The best solution, in this case, is a Conservative one, the parent country should try to pacify the separatists by negotiations, and the people must understand that harmony is a prerequisite for economic growth. Kashmir could have had more tourists and infrastructure development if separatist terrorism had not rendered it unsafe.

This being said, at times, separation is the only option, as in Hong Kong and Taiwan. These areas are not considered countries by the UN but recognized by many other countries like the US. On paper, they are parts of China, but the Chinese communist system does not work here, and they have their government referred to by China as "one country, two systems". Now China is trying to exert influence over both areas and incorporate them into it but, since citizens here have tasted freedom (open Internet access, fewer corporate restrictions etcetera), going back to a virtual dictatorship may not be an option.

The concept, of Unity in Diversity, should be recognized, and the mindless demand for a separate land, in the name of ethnocentrism, should be shunned. The world has 8000 different ethnicities, if each of them would want their own country, all of us will spend our lives redrawing borders. Whenever restrictions between the two regions reduce, economic development follows. An apt example may be the European Union- all European countries France, Spain, Italy, Sweden, Norway, Germany, etcetera, use the same currency and have no travel restrictions. So trade becomes easier, life becomes peaceful, and terrorism begins fading.

A new nation brings the crushing weight of responsibilities that bloodthirsty separatists are not qualified enough to shoulder. Nationalism is not about separatism but unity in thoughts and integration of values, and if this concept is rightfully embraced, then this kind of epidemic is duly welcome.