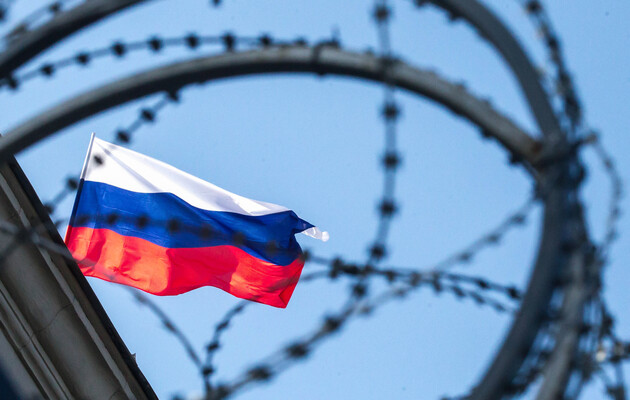 The article was published as an attempt to understand why the Russian economy is slow to respond to the sanctions of Western countries. Understanding the state inside the Russian economy itself will allow researchers to lift the veil a little and see the real state of affairs.

We would make the mistake of believing that, in some way, the modern world with its technologies circumvented Russia and its social-economical life. The country owns the necessary material and human resources to be a full-fledged player in the financial-economical world. However, things looked like that only until February 24, 2022.

What went wrong? Was there any background of the failure of modern Russia along with its political bankruptcy? Or is the regime the only one to blame?

Here we will point out only several characteristic milestones in the development of the Russian Federation (RF), which resulted in an unprovoked military invasion of Ukraine. The analyses will help us to understand why Kremlin continues to use unlimited power inside the country.

A society of suspicion, distrust, and denunciations is something that awaits the RF population in the next few years. Bad people, provocateurs, and traitors are the reasons for many troubles within the country and the perception of Russia itself in the world. The attitude of the whole world, especially the Western one, towards the Russians is very pessimistic. Kremlin has been warning the people about this for years and preparing them for isolation. Many internal problems exist as a result of the fact that Russia still has internal enemies.

For those who fell victim to the Kremlin's propaganda (and, unfortunately, many of them are inside the country), it turned out that foreign spies overwhelmed RF. They are everywhere, and they need to fight them. But how exactly? For Western countries, the Russians have long had a recipe. The only way is total surveillance with the help of modern digital technologies.

The Kremlin's electoral base is older and young people who have already grown up on Putin's anti-Western propaganda. For the government, it is not a problem to convince these two categories of the ability of digital technologies to monitor everyone's personal life. Young people know that technology allows them to do this, and the low educational level (and government deliberately supporting it) does not give them the historical and political perspective of what the countries of the "collective West" are in reality. The older generation, on the contrary, does not understand how technology works, but they are "ensured" that Western countries entirely monitor the personal life of every citizen. The Snowden Affair is proof of this.

Modern technologies based on artificial intelligence (AI) can collect and process massive amounts of information. AI creates the so-called Big Data, and its algorithms can filter such information. Internet and social networks users transmit data about themselves to Big Data algorithms. Companies use such arrays of information for various purposes.

Algorithms are exploited by marketing companies for advertising and identifying the users' political preferences.

AI algorithms are getting massive amounts of private data. For example, data on the interaction between intelligent home gadgets and services used by an individual. These create the effect of surveillance and invasion of privacy.

In societies where such algorithms already work and will continue to work in the coming decades, the situation will turn from a potential problem into a daily fact. Children from birth will belong to the digital world, its services, amenities, and the collection of private information by gadgets.

Before the advent of smartphones and connecting them to the geolocation function, there was no question of such "surveillance." Today it is considered one of the advantages of using digital technologies.

Such technologies are used not only by companies but also by states. Although in some contexts, their goals may be different. "Voluntary" surveillance of all Chinese citizens using a smartphone is a prominent example.

Over time, in democratic societies, the existence of private information on the network or in the database will not cause serious problems. When eight out of 10 know almost everything about each other, this does not cause a negative resonance. The question is rather about the activities of the remaining two people about whom the other eight do not have any information.

Russia has another scenario for this. Out of 10 people, only two will continue to use the smartphone for its intended purpose. They will be under suspicion. Other eight out of 10 are connected only through propaganda and mainstream media. The balance of 80 to 20 will remain. The situation will have the opposite effect. In the closed RF society in the future, a smartphone is not a necessary thing. All information will be strictly channelized and filtered. Big Data digital technologies are not needed to control Russians inside the country. These algorithms are more likely to be in demand for the external ideological operations of the Kremlin.

Citizens automatically enroll these two individuals out of 10 who still hope to use the smartphone for its intended purpose in the category of "unreliable." All the benefits (financial and economic) of using Big Data will be unnecessary. The TV and domestic refrigerator (or its contents) will be relevant sources to describe the surrounding reality.

The multinational corporation (MNC) is Evil. They demand transparency, openness, and a competitive environment where the laws are respected. The absence of MNCs in RF simplifies control over the economy and concentrates resources on the one hand. The government immediately suppressed any workers' dissatisfaction at factories and enterprises. The authorities control the social environment with the help of the media and law enforcement agencies.

The conclusion is that the modern world and its technologies have not circumvented Russia. The group of high-ranked militaries and oligarchs in power could use historical and current world conditions to ensure their authority in Russia, make it unlimited by any norms, and at the same time, get support for their terrorist politics from the frightened population. They did it in a very peculiar way.