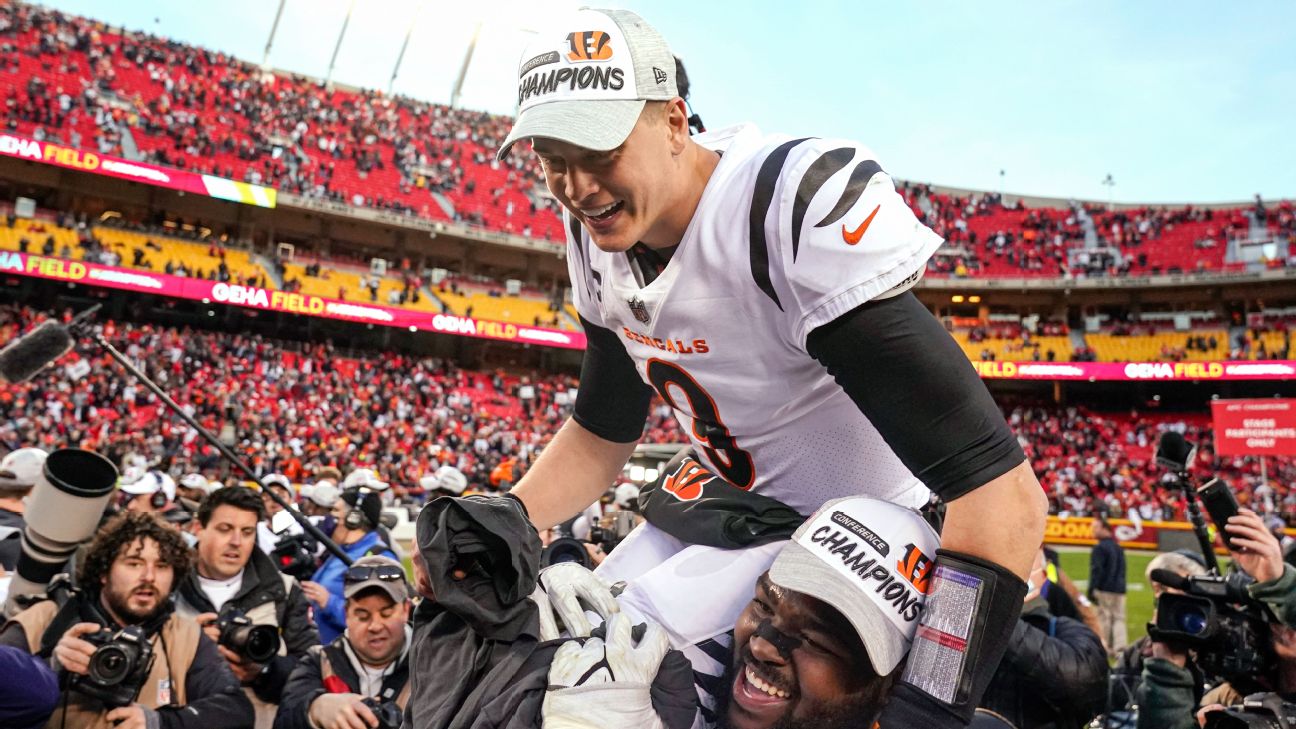 It’s the offseason, and as always, hopes are incredibly high throughout the league. Last week, after months of anticipation, teams across the NFL were finally able to get their hands on the entire 2022 NFL Schedule. Every team is at square one, dreaming that this could be their chance at a Lombardi championship.

Aside from the NFC West, home of the Super Bowl champion Los Angeles Rams, no division was closer to making that dream a reality than the AFC North.

A lot has changed in the three months since the Cincinnati Bengals crushing defeat in Super Bowl LVI. A new (controversial) starting quarterback is in Cleveland, the rejuvenated Ravens dominated another draft, and the Steelers are once again… well, the Steelers. The Bengals, meanwhile, have their eyes set on defending their division title and getting back to the Super Bowl. Will Joe Burrow once again freeze the doubters? Or will someone else be crowned King in the North?

In the coming weeks, we’ll be looking at each AFC North team’s 2022 outlook by exploring key matchups, dissecting new additions, and deciphering possible advantages that each team may have. There’s no better way to start than with the defending AFC champions.

It’s been a whirlwind of an offseason for the Bengals. Following their 23-20 defeat in Super Bowl LVI to Matthew Stafford and the Rams, the Bengals had one crucial weakness: the offensive line. Their young franchise quarterback Joe Burrow was sacked a Super Bowl record seven times, adding to his ridiculous seventy sacks taken in the 2022 regular season. Fortunately for Bengals fans, the organization wasted no time patching up that hole. The Bengals acted first in free agency, signing free agents Alex Cappa (guard) and Ted Karras (center). These two new additions add necessary depth to noticeably lacking positions last season.

The offensive line overhaul didn’t stop there, however.

The Bengals went on to sign free agent tackle La’el Collins (previously with the Dallas Cowboys) for a team-friendly deal. These new talented linemen should help strengthen the Bengals at positions they’ve been struggling to bolster for years (and undoubtedly help make Joe Burrow a happier man).

The Bengals mainly targeted defense in the draft, a noticeable change from recent Cincinnati drafts. With their first and second-round picks, Daxton Hill (safety) and Cam Taylor-Britt (defensive back), the Bengals wish to gain significant depth in their secondary. They went on to draft two defensive linemen (Zachary Carter and Jeff Gunter), an offensive lineman (Cordell Volson), and another safety (Tycen Anderson).

It’s worth mentioning that the Bengals are dealing with an ongoing contract dispute with starting safety Jessie Bates, no doubt a significant reason they attacked the secondary so extensively in this year’s draft. Keeping that in mind, it’s hard not to like what the Bengals did so far in this offseason. They’ve (on paper) patched up their most significant weakness while also building plenty of depth on the defensive side.

The schedule, on the other hand, isn’t as ideal.

In 2022, Cincinnati will play at least five primetime games (barring any future flexing from the league). That includes all three divisional opponents on the road, a matchup with Josh Allen and the Buffalo Bills, and the Miami Dolphins. Outside of primetime, it doesn’t get much easier with games against the Chiefs, Buccaneers, and Patriots. According to Sports Illustrated's strength of schedule rankings, the Bengals have the third toughest schedule in the NFL.

That said, it will be interesting to see if the offseason moves will be enough to lead to a repeat divisional championship for this young Bengals squad. But in a division as stacked as the AFC North, that won’t be an easy task.