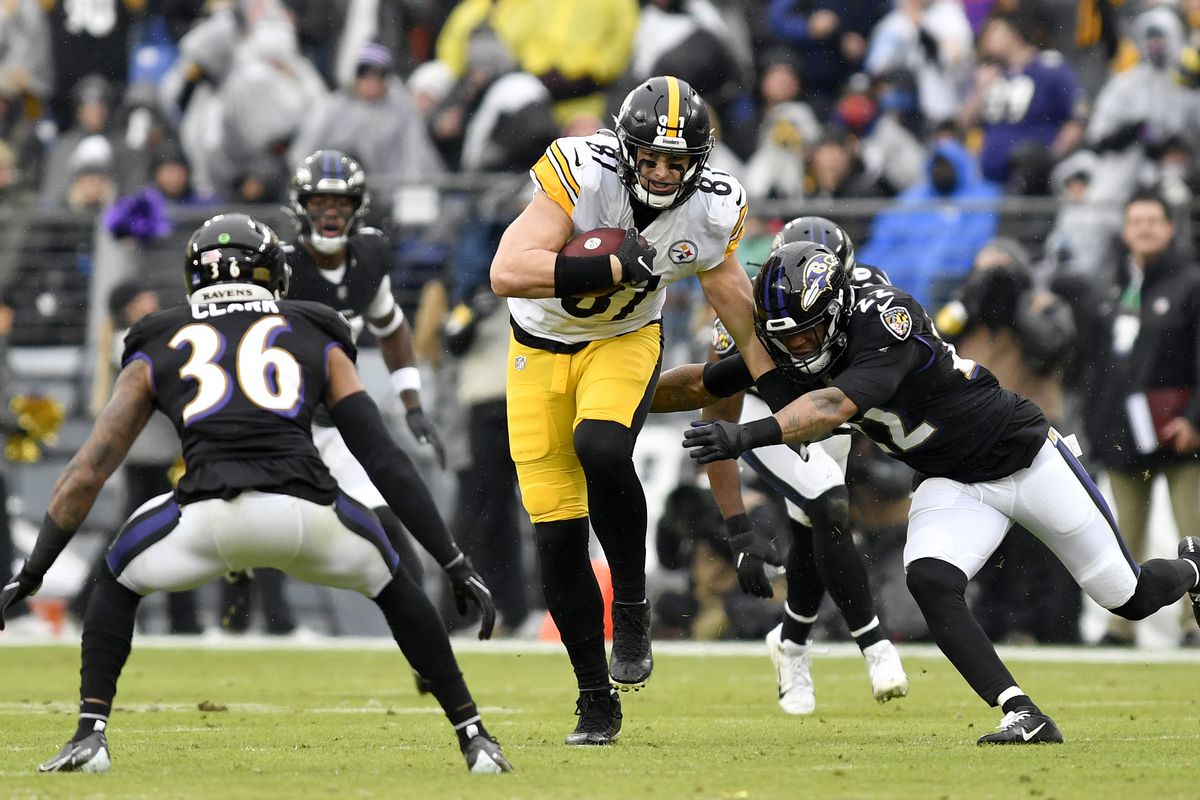 There are three indisputable constants in the modern NFL: Tom Brady, controversial late-game referee calls, and the Pittsburgh Steelers not having a losing season. As a matter of fact, you’d have to go back almost 20 years (2003-04) to find the last losing season in Steelers history. Success (or more recently, mediocrity) like this is hard to come by, so what’s their secret? How have they done this?

The answer is complex, but having Mike Tomlin and Ben Roethlisberger probably helped.

Since hiring head coach Mike Tomlin, the Pittsburgh Steelers have won over 150 games, including two Super Bowl appearances and a win in Super Bowl XLIII. A crucial cog in Tomlin’s football machine has been quarterback “Big” Ben Roethlisberger. The future hall of famer has broken countless Steelers passing records while constantly holding a dominant grip on the division. Together, the consistent pair of Tomlin and Roethlisberger have made Sundays insufferable for fans of the other teams in the AFC North.

Luckily for those fans, one of those guys just retired.

That’s right. While the craziest offseason in NFL history may have usurped the news, Ben Roethlisberger did indeed retire from the NFL. The AFC North will never be the same again. But what have the Steelers done to fill that hole? Who will be their starting quarterback in 2022? In the coming weeks, we’ll be continuing our deep dive into the 2022 AFC North offseason. After examining the reigning AFC champions (the Cincinnati Bengals), the next team on the list is none other than – well, I think we both know the answer to that.

Last season was (if nothing else) entertaining for the black and gold. After starting the 2021 season 1-3, the Steelers showed resilience in a loaded division, somehow finding a way to win 9 (and a half) games to sneak into the postseason. That playoff game didn’t go very well for them, unfortunately (losing 42-21 to the Chiefs), but it was quite a ride getting there in the first place. Towards the end of Roethlisberger’s farewell tour, emotions were hard to control for fans and players alike as they watched the end of an era of Steelers football.

The million-dollar question looming over the Steelers' offseason was: how do they replace Ben Roethlisberger? In a division like the AFC North, where quarterback excellence is widespread with names like Joe Burrow, Lamar Jackson, and now Deshaun Watson, the Steelers had to do something. For weeks, fans debated whether or not they should draft a quarterback in a predominantly weak class or find an experienced free agent. How did the Steelers answer?

Before the draft, the Steelers signed free agent quarterback (and former NVP) Mitch Trubisky. A quality pick up, Trubisky has shown upsides now and again, but his limitations are glaring. Pittsburgh wasn’t planning on him being the face of their franchise, though, as they went on to draft University of Pittsburgh alum (quarterback) Kenny Pickett in the first round of the 2022 NFL Draft. Pickett was criticized before the draft due to his small hands and inconsistencies, but regardless, the Steelers still believe in his ability.

Aside from quarterbacks, the Steelers' offseason wasn’t too flashy. They drafted two talented wide receivers in George Pickens (Georgia) & Calvin Austin III (Memphis) while also taking a possible steal in the third round with defensive lineman DeMarvin Leal (Texas A&M). In free agency, outside of Mitch Trubisky, the Steelers weren’t as active as the rest of the AFC North. They picked up some o-line depth with the signings of Mason Cole and James Daniels, signed a solid corner in Levi Wallace, and made a decent splash when they signed linebacker Myles Jack. Compared to the Browns, Ravens, or Bengals free agencies, these moves didn’t cost the Steelers as much but could prove to be valuable down the line.

The schedule for 2022 is somewhat favourable for the Steelers. Pittsburgh finds themselves with five primetime games, proving that the NFL still values them highly. They also only face six 2021 playoff teams (including the Bengals twice), which is a substantial advantage compared to last year’s AFC North champions. That being said, the Steelers seem primed for somewhat of a bounce-back season. With their semi-favourable schedule and new roster additions, they have enough to potentially compete in the AFC North. As always, look for Mike Tomlin’s Steelers to once again be in the mix late in the 2022 season.