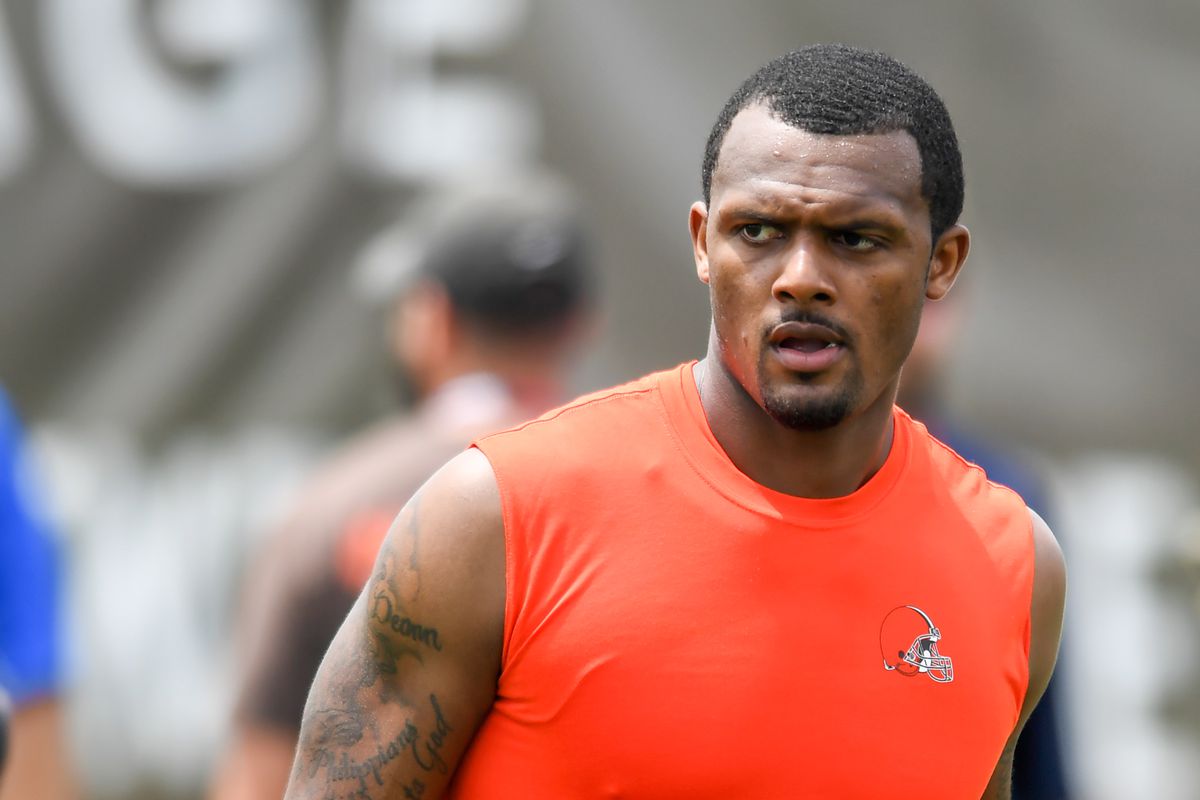 According to a report from Cleveland beatwriter Mary Kay Cabot, the Cleveland Browns are fully committed to their new starting quarterback, Deshaun Watson. That’s despite his now 24 ongoing lawsuits (two of which were filed last week). Watson, a 26-year-old multi-pro-bowl quarterback, has been under massive scrutiny originating from September 2021, when 20+ massage therapists claimed the quarterback had sexually assaulted and/or harassed them.

“The second appointment was really inappropriate, he was very touchy feely," one of the accusers, Nia Lewis, said in an interview with Youtuber Tasha K. "He would act like he would accidentally brush up against my butt. It was to the point to where it came a time in the massage where I was massaging him from a distance because he kept trying to touch me.” Lewis was one of the first of the accusers to file a lawsuit against Watson. Since then, a total of 24 of the accusers (all women) have filed lawsuits against him.

"He wanted me to kind of make a V motion in his pelvic area," another one of the massage therapists, Kyla Hayes, said in an interview with HBO. "So go across his stomach to his thighs, back to his stomach. I just kept massaging and did what he asked until his penis kept touching me repeatedly as I did it. He was moving his penis back and forth as my hands moved as well."

In that same interview with HBO, the first accuser to file a lawsuit against Watson was also interviewed, Ashley Solis. "As I’m working, he deliberately grabs himself and puts his penis on my hand," said Solis. "And I pulled my hand away instantly and I started crying. And I told him that I’m done. I don’t wanna do this anymore." Considering the weight of these allegations, the quarterback’s future in the league was in question. Would any team ever sign someone with these kinds of allegations attached to their name?

The answer to that question was yes.

In March, it was announced that Cleveland had traded three first-round draft picks (along with a third & fourth-round pick) with the Houston Texans for the pro-bowl quarterback. Despite the constant controversy and multiple lawsuits, the Browns went on to sign Watson for a NFL record shattering $230 million in guaranteed money. The contract will go down to have significant effects on the entire quarterback market, especially considering Watson’s predicament.

The decision to sign Watson hasn’t gone over very well with many Browns fans and employees, though there are plenty that continue to basically ignore the allegations for the benefit of their team. Browns head coach Kevin Stefanski hasn’t watched the HBO interview, although he continues to say that they have done “a lot of work” and “personal investigation” themselves. Nonetheless, Watson’s situation is currently under investigation by the NFL, and the quarterback is expected to be suspended for (at least) a substantial amount of the 2022 season.