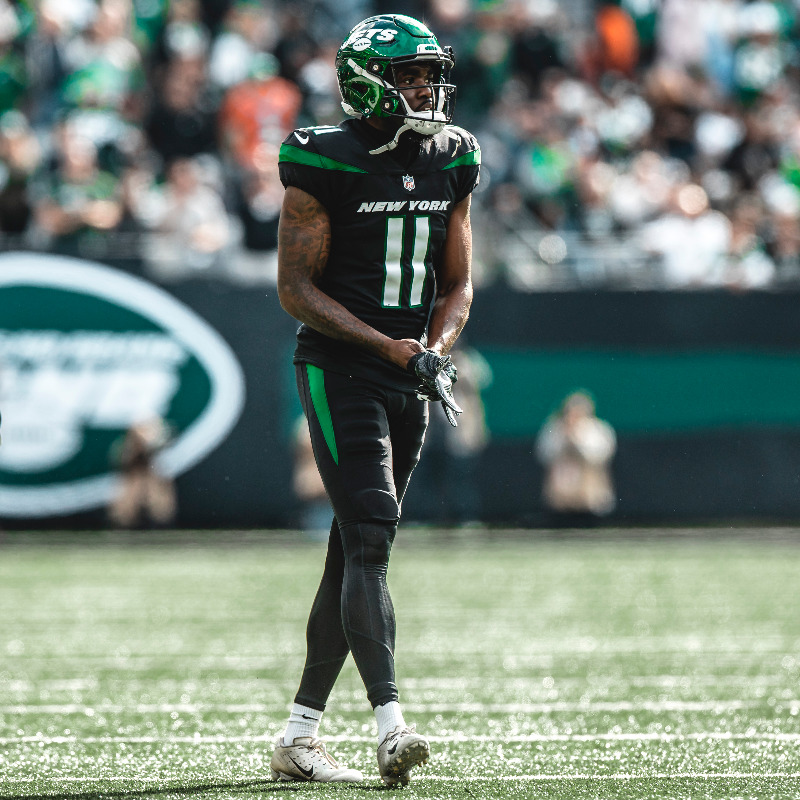 Denzel Mims has been struggling to find himself after not getting as much playing time in the 2021 season. Mims, who struggled to deal with Covid-19 illness before the season began, caused him to miss considerable time as he recovered. Although it has been reported that Mims is in the best shape of his life this off-season and is finally healthy again. Allowing him to not fall behind once again due to his illness. Unfortunately with the few opportunities that Mims got last season, he could not capitalize on all of them. Luckily the coaching staff has noticed the changes this offseason and is optimistic for the former 2nd round pick out of Baylor to turn things around.

Luckily Mims showed flashes of greatness in his rookie campaign in 2020, which was not a successful year for the offense at all. Mims was one of the few promising bright spots of the offense. This has helped reassure coaches that Mims is capable of playing a considerable role in an NFL offense.

His best performance of his rookie season was in a Week 9 matchup against the New England Patriots. A game where the Jets were without Sam Darnold and had veteran Joe Flacco successfully take over at the time. Mims was the most active all season as he had 4 receptions on 8 targets for the day, hauling in 62 yards. Jets fans haven't seen much since the few flashes in the 2020 season. Mims has great athleticism and offers big play ability with his height, as we were able to see in his rookie season. Especially against the Kansas City Chiefs when he demonstrated his athleticism against defensive backs and made tough catches.

Nonetheless, Mims will be competing for a roster spot this upcoming training camp as he hopes to silence all of the doubters as he enters year 3 of his career. The Jets have revamped the Wide receiver room with players such as Garrett Wilson in this year's draft. Mims will likely be battling it out with fellow receiver D.J. Montgomery for that 5th receiver spot, as Jeff Smith will likely make the team for his special team contributions.