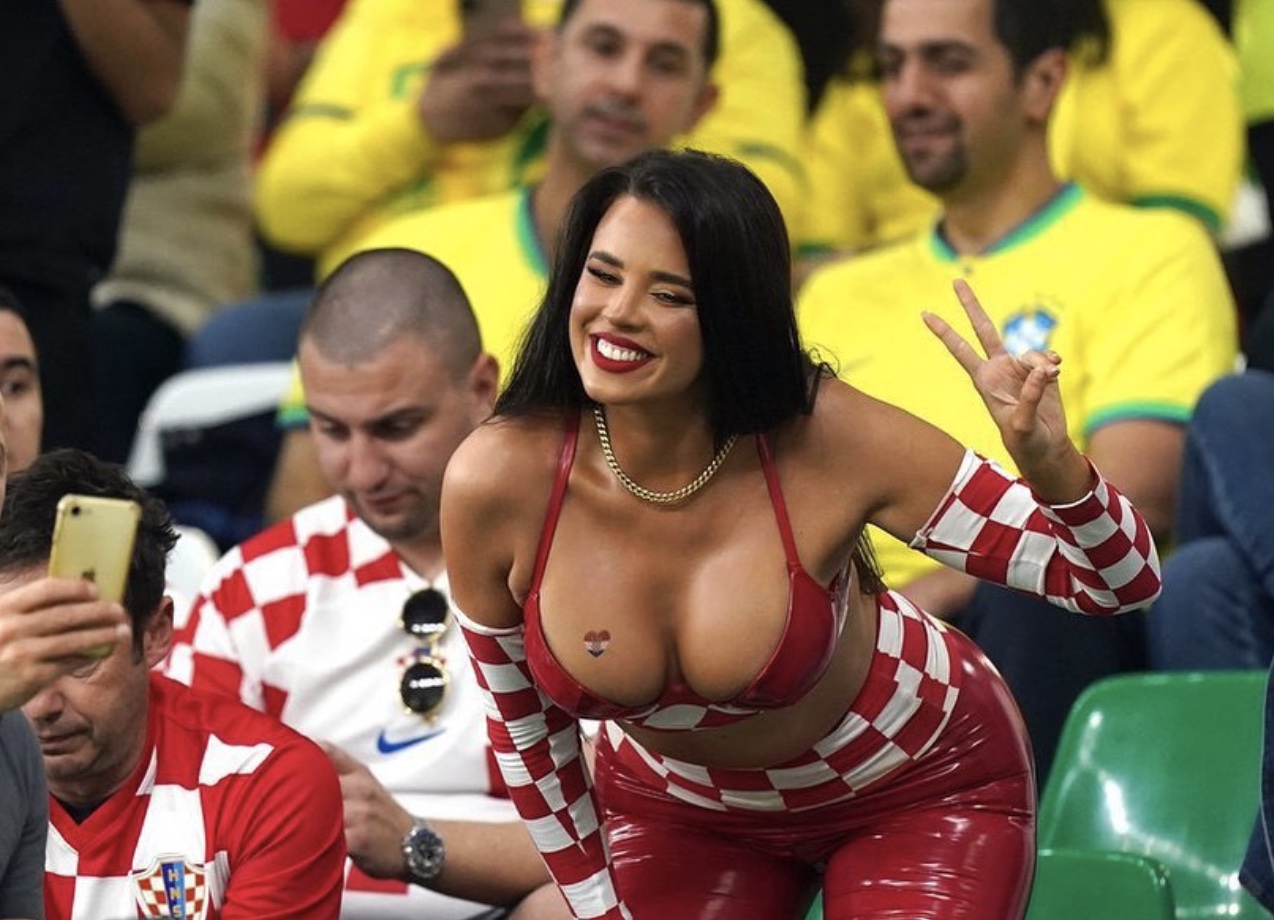 Ivana Knoll, who has accompanied the Croatian team during all their matches in the Qatar 2022 World Cup, was expelled from the stadium during the Croatian match against Brazil for possibly challenging Qatar's cultural limits.

The model published several images during each match wearing clothing that did not comply with the ethical boundaries of the Qatari stadium and the Muslim religion. However, the young woman seems not to be offended by her expulsion, although she now doubts whether she will be able to go to the next Croatian match against the Argentine team. Ivana Knoll was unable to attend the victory of her team against Brazil. According to the model, the reason she was kicked out was that “They don't allow fans to take pictures with me, and they don't allow me to pose for pictures here on the railing. Then I asked them why they were so rude,” she told the German newspaper Bild.

However, the model became the most photographed person in the World Cup. Despite her expulsion, Ivana continued to post pictures of herself during the match, as she had done at every previous event, accompanied by positive messages: "Thank you guys so much. I love you all." Furthermore, she published a video where she was seen being surrounded by people in Doha that she accompanied, commenting: "My typical day in Doha looks like this. Guys, you are the best!" Many people have criticized the controversy that Ivana has raised since they believe she has committed a lack of respect for the values of the place where the World Cup is held.

She wore tight and low-cut clothing on all her visits to the stadium. Local authorities have already warned women tourists of specific suggestions regarding dressing. These recommendations included: no plunging necklines, off-the-shoulder tops or shirts, or very short pants or dresses.

The model wore, in the first instance, a tight, long dress with a neckline at the debut in Croatia. In the second game, she wore a mini dress that exposed her shoulders and legs; In the third duel, she opted for a crop top and short skirt. In the last game, Ivana came with a lid that marked a prominent neckline and pants. As her team's matches progressed, her influencer increased her exposure. Lastly, many users affirm that it has been a whole movement caused by Ivana Knoll to attract attention during sporting events.

The model and miss, born in Germany to Croatian parents, was already recognized at the 2014 World Cup in Brazil and became Croatia's best campaign in the World Cups. Today, Ivana has managed to exceed 2 million followers on social networks, which increases every day after the publications, another reason to suspect a possible strategy on the part of the Croatian.