The Value of Mike White 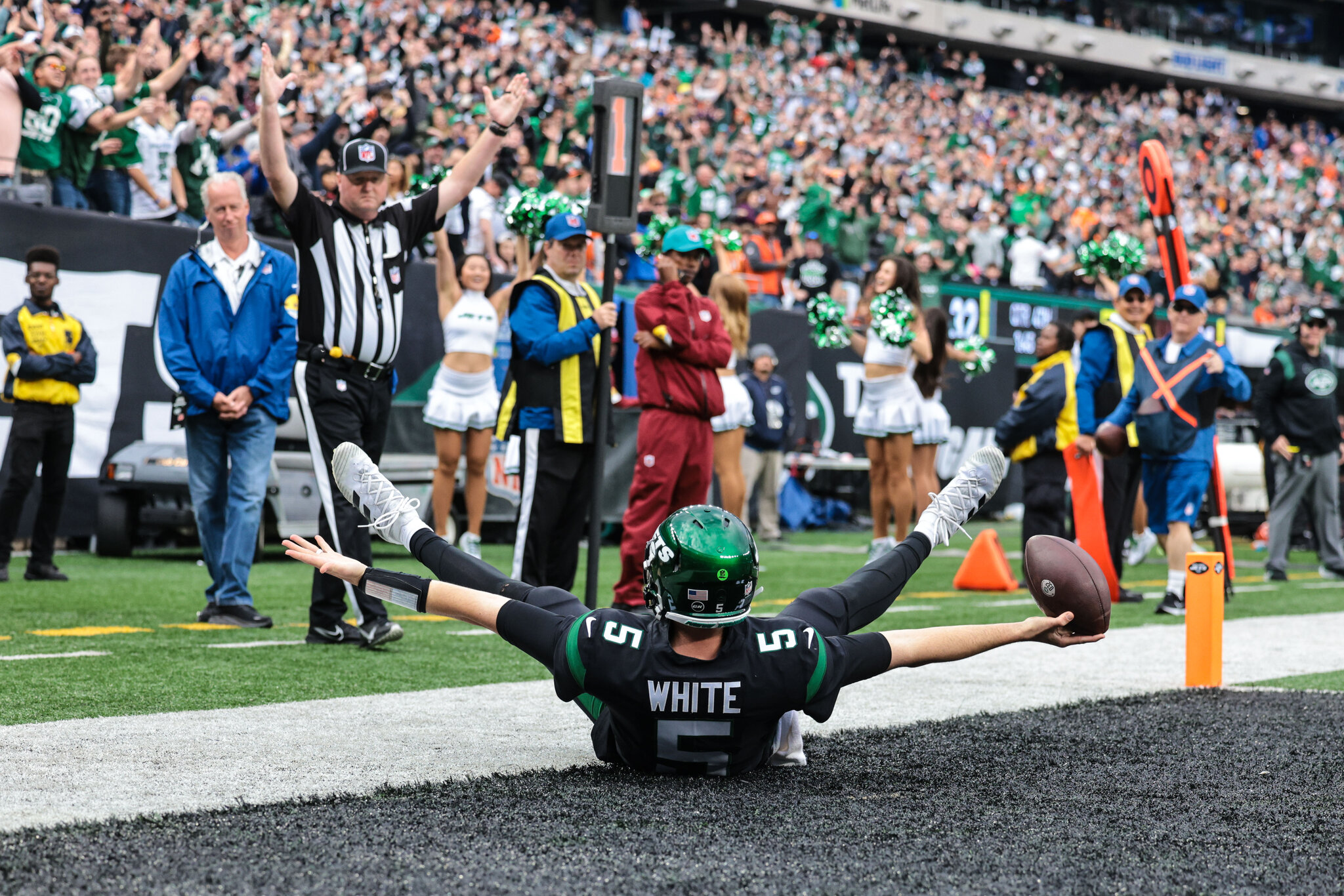 Mike White last season was nothing short of electric for the New York Jets fanbase. White took the NFL by storm last season with an immediate impact performance in week 8 of the season. White was drafted to the Dallas Cowboys in 2018 out of Western Kentucky University and was the highest-drafted quarterback in school history. He’d spend a season with the Cowboys before being waived in 2019, as the Cowboys decided not to sign White to the practice squad.

White was signed by the Jets in 2019 and is now entering his 4th year in the New York Jets system. His popularity took the NFL by storm when Jets quarterback Zach Wilson went down after suffering a PCL injury in a week 7 matchup against the New England Patriots. White had his first career start in week 8 against the Cincinnati Bengals. White blew our expectations as he made timely throws with good decision-making that gave the Jets offense a competitive edge that they had been searching for in the first half of the season.

It seemed that this veteran with no starting experience was comfortable in the pocket and could lead our offense into enemy territory. This was an issue that Jets offensive coordinator Mike Lafleur had in the first 7 weeks of the season. To see our offense function so fluently with a backup Quarterback was uncanny.

The Jets came out of the Bengals week 8 matchup with a win by a score of 34-31, as White completed 37 passes for 405 yards and 3 touchdowns. His 37 completions are the most ever by a QB in their first start. He became the 2nd QB since 1950 to throw for more than 400+ yards in a debut. Mike White's jersey and the game ball are now in the Hall of Fame because of these accomplishments.

Can the Jets get a good trade for Mike White? White had been given an extension through the original round tender, making $2.6 million. He had proven himself to be a worthy backup in the league and can be reasonably paid to do so. The Jets can use White to trade for a draft pick if need be. The recent resigning of Super Bowl XLVII MVP Joe Flacco back on the roster can leave White’s future up in the air. Flacco would most likely take on the number two backup position. Leaving White to be the third QB on the roster. His presence on this team may be vital, as the Jets played with two other QBs last season since Wilson's injury.

Players such as Josh Johnson in addition to Flacco and White got a lot of playing time in the 2021 season. It is something to think about if the Jets want to get some value out of White, especially if Wilson remains healthy. That is the life of a backup QB in the NFL, to always stay ready for your opportunity to shine. White did just that last season and is the reason that he earned himself a payday this offseason. He is beloved by the New York Jets fan base and will continue to have a vital role in the development of this Jets team. There are options for the front office to think about regarding the popular quarterback and what the best decision is for the team.

I still have nightmares about that Halloween game against the Jets. Bengals were up by like 10 or 11 with 5 minutes to go, and I thought "whew, thank GOD we actually avoided that one", but Mike White was NOT having it. He made our defense look as clueless as they looked all year (and that's saying something considering what the Bengals went on to do). One of the craziest games I've ever seen.