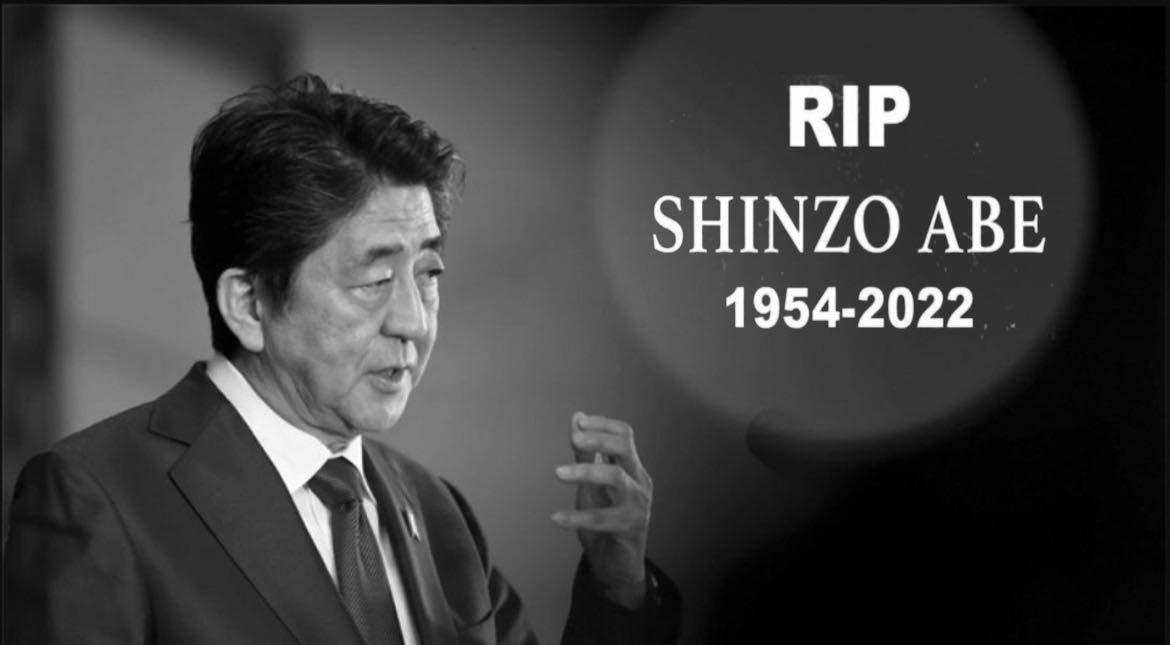 On Tuesday, Shinzo Abe's funeral took place in Tokyo after he was shot dead last week during an election campaign. With prayers, black flags, and flowers, thousands bid farewell to Japan's longest-serving former Prime Minister, considered to be the Savior of Japan.

Today a Vehicle  carrying Abe's body passed several of Tokyo's landmarks, such as the parliament building which Shinzo Abe first entered as a young lawmaker in 2013, and the capital's political heart of Nagatacho before arriving at the Kirigaya funeral hall.

From early morning, crowds of people dressed in black and others in informal clothing in front of the temple.

Keiko Noumi, a teacher, a 58-year-old, came to offer prayers to a large photograph of Abe, set up inside the temple showing him in a simple white shirt, laughing with his hands on his hips.

"I supported him, so this is very unfortunate."

The funeral ceremony was limited to family and close friends and was closed to the media.

Abe's death at the hands of an unemployed man wielding a handmade gun stunned Japan, where both gun crime and political violence are infrequent.

The suspect, 41-year-old Tetsuya Yamagami, was arrested at the scene but has not been formally charged.

French leader Emmanuel Macron sent his condolences in footage posted on the country's official presidential Twitter account after he visited the Japanese embassy in Paris.

"I remember all our meetings and work together, especially during my visit (to Japan) in 2019 ... I've lost a friend," said a solemn Macron.

"He served his country with great courage and audacity."

Abe, who became one of Japan's most influential politicians after the war, led the country for nearly eight years before announcing in August 2020 his resignation for health reasons.

Oh sorry to hear that, great article though!